According to my chums at Facebook, twelve months ago today I penned a narrative about my childhood Alpine pop man being a doppelganger of TV naturalist David Attenborough.

Before I go further, I want to clarify that it’s a young David Attenborough I’m talking about here. Our soda pop deliveries weren’t undertaken by a man in his nineties.

A rise in litigation has rendered current Health & Safety procedures to be increasingly stringent these days. However, I suspect employing a nonagenarian man to lug around crates of glass bottles would have been similarly frowned in the laxer 1970’s.

Like the vast majority of blogs I write, I rarely read them after I’ve published them on writesaidfred.org . The simple reason being that if I did I’d pick them to pieces. In an ideal scenario I’d like a proof reader to review the work before I send. However, as my work isn’t monetised, paying someone to undertake that isn’t currently an option.

Anyway, I broke with the status quo this morning, revisiting the rambling tale I cryptically named ‘David Attenborough Was Our Pop Man’. As I haven’t a great deal of free time today and I laughed quite a bit reading it back, I’m going to lazily pad out the remainder of the piece with an edited version of my David Attenborough effort.

‘Brotherhood can mean different things to different individuals. They include the bond between siblings, fellowship of kindred spirits or a fraternal/trade organisation.

Helen inherited mum’s selflessness, resilience, strength and warmth. Like mater, she also hasn’t got a bad bone in her body. Her life presents her with great challenges, many of which would break some people. However, she greets them with stoicism, dignity and incredible spirit.

Not that she’d be bothered, but I don’t mention her in my blogs as much as our Ian. Not through any snub, moreover the family childhood stuff I write about took place before she was born, or as a mere babe in arms.

It goes without saying, though,  I love her equally as much as Ian and am very proud to be her brother. That being said, though, she better not get to mum and dad’s china tea set before me when we put them in a home next month.

Anyway, back to the subject of brotherhood.

Has there ever been two brothers whose thought provoking back catalogue of work has given so much entertainment, education, wonderment, tension and admiration?

Incidentally, at this juncture I’m referring to Sir David Attenborough and his late brother Lord (Richard) Attenborough, not Jedwood or Ian and me,

Their legacy in the spheres of cinema, TV, science and charitable causes ensures a place of legend within their respective fields  (that’s the Attenborough brother’s still!).

I first recall watching Sir David Attenborough at my parents modest semi-detached home on Low Fell, Gateshead in the 1970’s.

On that day, when mum asked my brother and I “Do you want to watch David Attenborough’s nature programme on the telly?”, there was a moment of silence and an exchange of glances between my brother and I. Following a synchronised shrugging of shoulders, we responded unenthusiastically “I suppose so.”

While sitting down on the settee our Ian whispered to me “Who the heck is David Attenborough, Gary?” I shrugged again, before responding “I’ve no idea! I thought you knew when you said yes to mum.”

“Is he that bloke who brings the bottles of Alpine pop on a Friday afternoon?” my younger brother inquired.

“Why the heck would our pop man be presenting a nature programme on the telly?!” I quizzed my sibling, blonde of hair, blue of eye and diminutive of height.

“Well it’s not him! Our pop man would cack himself if confronted by a lion!” I advised with the knowing authority of an elder brother.

“How do you know Gaz? Have you ever asked him if he’s scared of lions?!” Ian questioned further.

“Why would I? I don’t randomly ask tradesman if they fear a lion attack! …… Anyway, it’s flipping unlikely to happen in Gateshead!” I retorted, as the discussion got ever more bizarre!

“Bernie the butcher on Low Fell is scared of lions!” Ian advised me knowingly. “I asked him last week!”

“I would imagine anyone confronted with that question would say they are scared of lions. But the chances of coming face to face with them in the north east of England are pretty remote!” I proffered with growing irritation.

At that point, the random discussion of a 10 year old boy and his 8 year old sibling ended. Instead, they settled down with a glass of Alpine lemonade, as they watched in awe the elephants and lions on the family’s grainy 21 inch black and white television screen.

These groundbreaking wildlife pictures (for the time) were accompanied by the erudite commentary of a consummate broadcaster with a wealth of knowledge in his field (that’s still not the Jedwood boys!).

It had been a rare chance for two northern lads to see wildlife. The only other time we got to see animals was on Johnny Morris’ show Animal Magic. This was a documentary type programme set in a zoo where the animals gave you a running commentary into their lives in captivity!

To be clear, they weren’t really talking, it was the voice of presenter Johnny Morris dubbing over animal mouth movement………. When Johnny Morris was on camera his voice was dubbed by Frank the giraffe!

The next afternoon the doorbell rang! With the inquisitiveness of youth, Ian and I followed mum to the door. She opened it to reveal the David Attenborough doppelganger! He was stood there bold as brass in his Alpine uniform with a bottle of pop in each hand!

“Here you are Margaret! One bottle of Alpine lemonade and one of Dandelion & Burdock, as usual!” the Alpine man told our mum, as he handed her the thick glass bottles.

She paid him, wished him well and advised that we’d see him next week.

“No one won’t!” came the voice of the man in the Alpine uniform.

“No, they’ve just opened that lion park along the road at Lambton and I’m absolutely shit scared of lions……… I’m moving to Cleckheaton in West Yorkshire!” 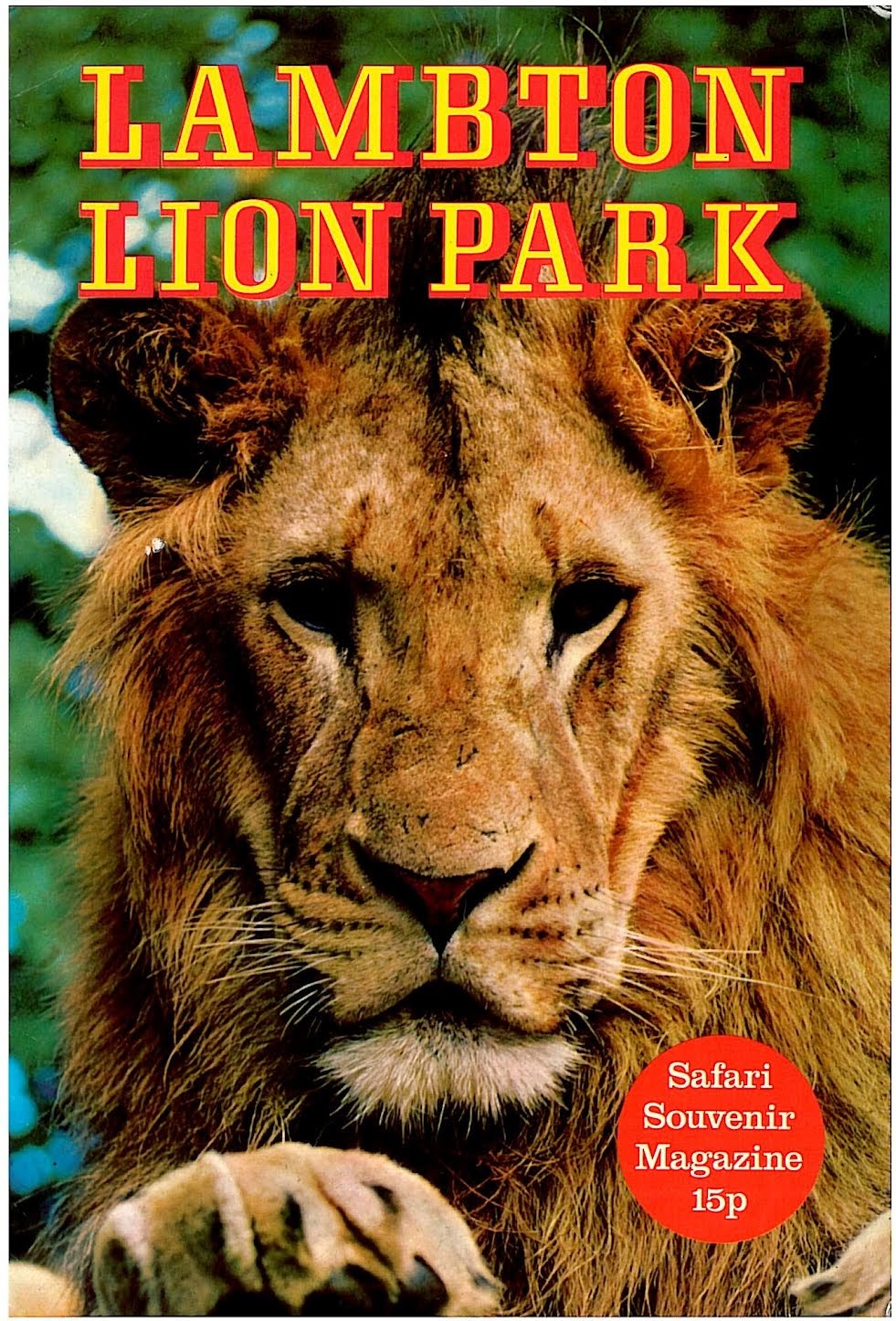