Like most individuals, I find the current posturing and rhetoric emanating from North Korea and the USA distasteful and deeply disturbing. Witnessing these scenes on yesterday’s news bulletins, and mulling over their potential consequences, brought to mind a 1980 public information film (PIF) on surviving a nuclear attack.

Before proceeding, I want to clarify I find nothing remotely humorous about nuclear war, or the confrontational words currently being spouted by two alpha males in a p***ing competition. The topic of this narrative relates to my observations concerning the well-meaning celluloid guidance bestowed to the UK public 37 years ago.

From recollection, this short advisory film was commissioned after an escalation of diplomatic tensions between the Soviet Union and the West. The unwanted and worrying consequence of the Soviet invasion of Afghanistan at the end of 1979.

At that time, diplomatic relations between the super powers were so poor the UK government felt it prudent to produce this short advisory piece should the worst happen.

Possibly the most worrying element was that it confirmed really what we already knew; if you’re in the middle of this attack your survival options are limited. In animated format, the British public were instructed that our best survival hope during a nuclear attack was to shelter in the homes designated fallout room.

As mooted above, it was all good and well meaning advice from our leaders. However, if the bomb had dropped on your town, I’d proffer your panic room would more than likely end up seventeen streets away.

To negate this, you may have been able to come to some sort of reciprocal agreement with the individuals seventeen streets upwind or down wind. A pact where you can use whoever’s fallout room was now residing in your front garden.

Despite my tongue in cheek comments above, I realise this type of conflict is most likely the least funny topic possible. Even overtly advertising the content as dark humour doesn’t make adding light hearted quips to this monologues any easier.

However, re-watching the steps recommended in this public information film on how to survive a nuclear attack, it’s difficult not to raise a smile. From the low budget film production, it’s arbitrary warning siren’s or the advice to stay in the fallout room for at least two days, after which radiation levels outside will have slightly diminished, it’s a curious watch.

If you were in the middle of nowhere during a nuclear attack and unable to get shelter, the recommendation was to lie face downwards on the ground, covering both hands and head with clothing. It didn’t specify say how long to lie face down, but the stay in the fallout room, I’m assuming it was for two days until radioactivity levels had ‘sufficiently’ diminished…… That’s a long time to lie face down!

Was this public information film on surviving a nuclear attack useful advice? Or merely a makeshift alternative as they couldn’t release a true scenario movie called We Are All F***ed?!……. I’ll let you make your own mind up. 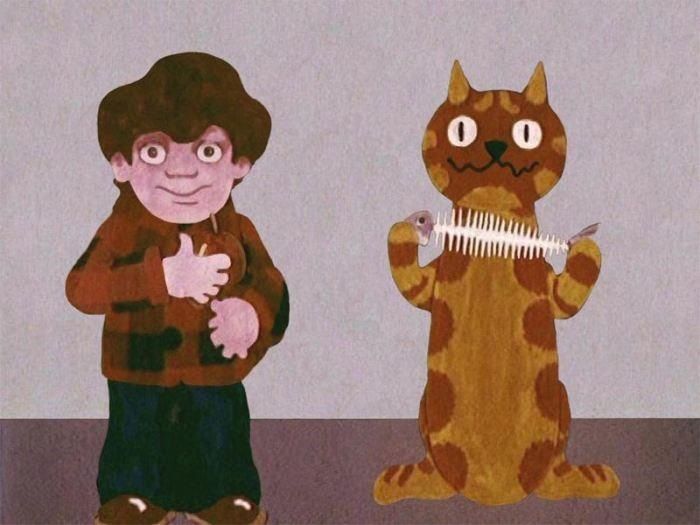 Public information film’s were fairly common place in the 1970’s/80’s. Through that medium I learned road safety from the Green Cross Man; Charlie the animated cat taught the dangers of wandering off with strangers; and married klutzes Joe and Petunia highlighted the folly of ignoring the Country Code.

To be honest, I probably knew the Green Cross Code before Dave Browse (the guy who played Darth Vader in the original Star Wars movie) cascaded the details as the Green Cross Man. That didn’t stop me watching it though, after all it’s not everyday Luke Skywalker’s dad teaches you road safety.