Ordinarily, my preference for my inaugural meal of the day is marmite on toast. On occasion, if I’m feeling particularly adventurous, I add a small tin of beans of the baked variety. A variety of Phaseolus vulgaris au jus tomato, which I find a flavoursome addition to the overall synergy of the recipe.

I don’t always add the beans, I’m not that much of a culinary maverick, however I find occasionally they make a wholesome bed fellow to a breakfast of grilled bread smeared with vegemite.

I realise the collaboration of sweetness from the bean jus with the savoury accompaniment of marmite won’t win me any Michelin stars for cooking. However, I seek not accolades for my prowess in the kitchen at breakfast time. The chalice sought is that of simple but tasty le petit dejeuner; my goal to be sustained until Loose Women starts at 12.30pm on ITV.

Even though I do cook fairly regularly, I’m not one for experimenting during meal preparation. I tend to stick to the more traditional recipes, which I’m told by a beggar on Park Row are edible enough (Although, apparently I was guilty of flagrant overuse of pepper in last week’s beef bourguignon).

The Strachan men with a more experimental disposition when it comes to cuisine are my brother Ian, and son Jonny. They find a great deal more fulfilment in tinkering with their recipes; regularly adopting a trial and error approach with herbs and spices on their venture of producing that utopian meal.

Our Ian cooks a number of recipes with chickpeas, although in his defence he also prepares meals with some nice ingredients as well. He’s the only non-vegetarian I know who likes chickpeas, apart from Chickpea Pete from Garforth, who bathes in them.

They aren’t an adequate substitute for soap and water, unless you want to smell of chickpeas, although each to their own I suppose.

Apart from the many flavoursome meals our Ian produces, he does have the occasional culinary faux pas. For instance, when he attempted to bake an upside down cake, he foolishly thought the upside down element meant he had to stand on his head during the ingredients mix.

Due to unsteadiness from standing on his bonce, the mixing process turned into a fiasco, during which he received a face full of egg, sugar and self-raising flour.

In another hair-brain scheme he attempted to produce infra-red peanuts. His thought process being if peckish through the night you could locate the innovative snack without putting the bedside lamp on. This epiphany never got beyond the experimental stage, though, with our kid cancelling the project after electrocuting himself twice during the creative process.

As I alluded to above, my son Jonny also utilises trial and error with his recipe ingredients. My wife Karen claims to have always known our boy would be a good cook after he made her a banana when he was 3 years old. It was made out of plasticine, but that didn’t stop his dutiful mother eating it; claiming it to be delicious following consumption. 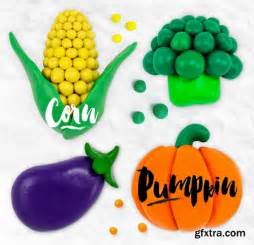 Unfortunately for Karen, her approach of telling her son how lovely the plasticine banana tasted turned out to be misguided. Her well-meaning attempt to give him confidence backfiring when our 3 year old started regularly making her meals with a predominant ingredient of moulding clay.

Thankfully, Jonny didn’t carry on this unorthodox method of cooking for long. Things were a bit tough for my wife for a while though, culminating in spending three months in rehab being weaned from a plasticine addiction.