Last Saturday the Irish provided my afternoon entertainment when their national rugby team comfortably beat the Italians 63-10, in Rome.

Fast forward seven days to yesterday, and my Saturday afternoon enjoyment was similarly provided by natives of the Emerald Isle.

This time, though, it wasn’t rugby players Earls, Heaslip, O’Brien et al exhibiting their undoubted skills. Instead the entertainment distraction was produced by The Soul Man, The Animal, The Lips and the rest of the motley crew in the cast of the touring musical production The Commitments.

Unlike the previous Saturday, however, there was no Italians in sight. Although the way the Azzurri defended against the players in green shirts seven days earlier, you could say there were few Italians on view then either!

You may wonder what this Englishman with a Scottish surname was doing supporting the Irish against foes from the heart of the Mediterranean. Simple really, I have Irish roots on both my paternal and maternal side of the family. Subsequently meaning, as long as the opposition isn’t England or Scotland, I like the team from the inaccurately named ‘land of the little people’ to reign victorious at sport.

Admittedly it’s a convoluted form of tribalism I adhere to, but hey it’s no one else’s business. So as there’s nothing further to see here, I’ll move on apace. 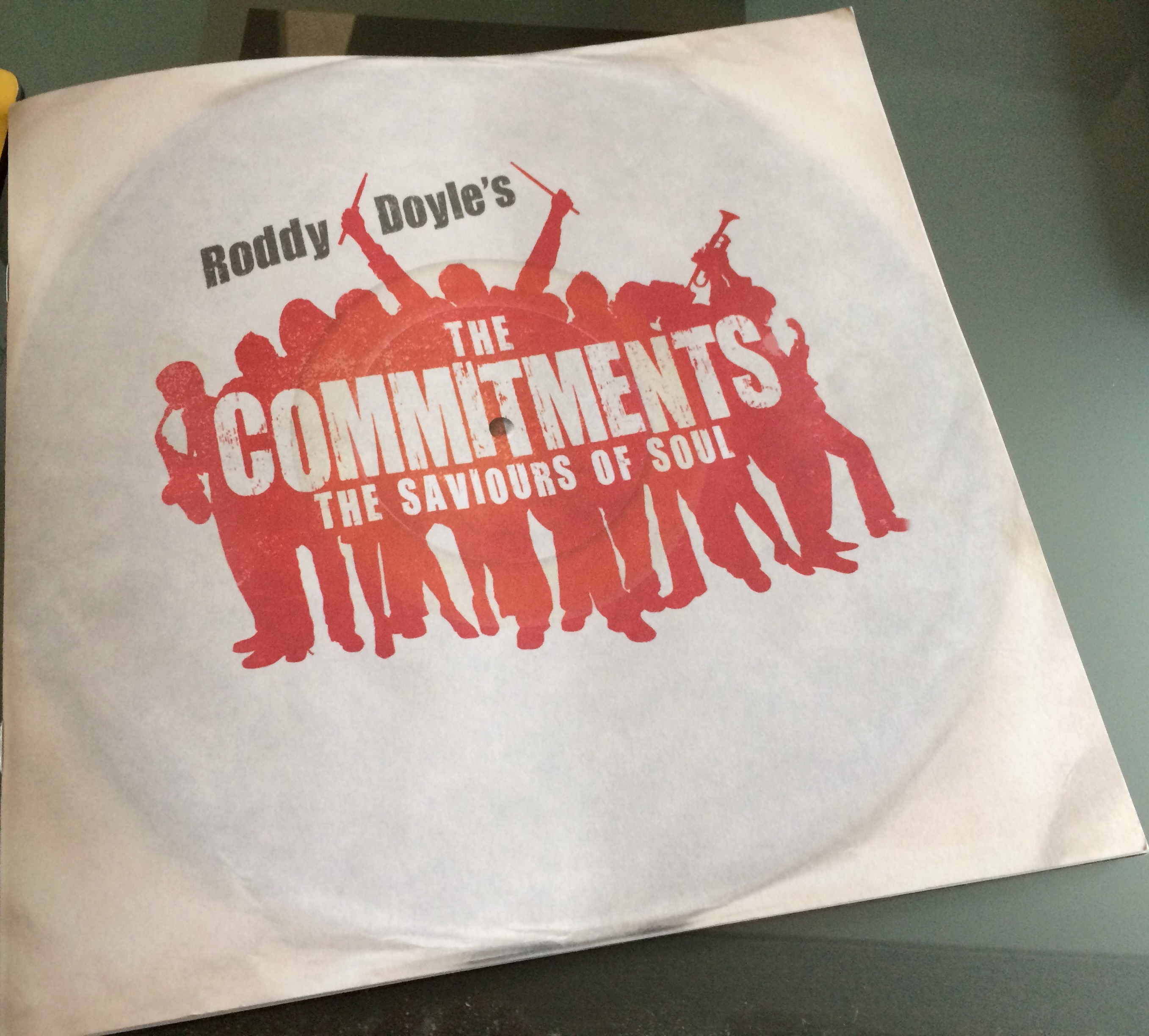 The Commitments, the saviours of soul, the world’s hardest working band, the ensemble of Micks with rough edges but smooth sound. The group were bequeathed a few labels, although ones with washing instructions adorning their grubby 1980’s clothing seem to have been suitably ignored.

Roddy Doyle’s story tells of a band of misfits (members not their clothes… although then again) who, along with their soul music loving manager Jimmy (Andrew Linnie), aspire to become the musical champions of the proletariat in north Dublin. Not to mention, some of them holding aspirations of acquiring a bedpost notch from a conquest with a backing singer.

The amiable Jimmy simply wants an escape from his existence of North Dublin hard knocks, and the fact his dad is Curley Watts (Kevin Kennedy) from Corrie. Unfortunately, he is often side-tracked with attempting to iron out petty band squabbles, instead of his preferred remit of booking gig venues.

He does have a happy ending mind you……. And no, it wasn’t Curley returning to Weatherfield!

Of the band members themselves, the ordinarily pickled lead singer Deco (Brian Gilligan), magnificent of voice and cavernous of booze intake, regularly alienates himself from the more professional band members with his fecking eejit behaviour.

Fired by an arrogance born of being blessed with such a voice, and relief that his dad wasn’t Curley Watts from Corrie, Deco is indifferent to requests from his manager to conform to the work ethic expected from ‘the world’s hardest working band’.

I’m no theatre reviewer, but what I will say is that I was royally entertained throughout by great soul music, superb vocals and slick musicality. At the end, I even joined the rest of the audience on my feet, clapping out of time and pretending I knew the lyrics to the songs being heartily belted out by the accomplished cast.

If my website writesaidfred.org was going to provide a pithy soundbite for The Commitments marketing blurb I think it would be:-

The ending of the stage show wasn’t how I remember the movie, where the predatory Great White Shark was killed by an exploding oxygen canister. Although, on reflection I think I might be confusing that with Jaws.