Yesterday evening, I ambled down memory lane in the company of old vinyl albums and my pater. During this saunter, he and I re-visited the easy on the ear tunes of David Gate’s Bread, the melancholic songs of Phil Collins first solo album and a clutch of Paul Simon classics. Our sojourn ending in the 1960’s Sands club, Las Vegas with the Rat Pack treating us to standards from the Great American Songbook.

I took a selection of LP’s over to my parents in an effort to cheer up my dad who is currently recuperating from major surgery. Over a glass of wine that was easy on the palate, music that was easy on the ear and amiable chatter, we reminisced of the times a few decades back when the vinyl ballads came into our possession.

It was a pleasant evening with Malcolm Strachan esq, the only fly in the ointment being the realisation that the Phil Collins album Face Value isn’t the best selection when you’re attempting to raise someone’s spirits. Tunes the Genesis drummer/singer wrote for his inaugural solo album, in the aftermath of the breakup of his first marriage, could never be described as uplifting.

Although Face Value is undoubtedly a classic synergy of many great original songs, some are of such melancholy I almost rang the Samaritans on my first listen in 1981. I received the album as an 18th birthday present and as much as I love it, especially the songs with brass accompaniment, the party didn’t warm up until it’s conclusion and the Joe Loss Party Hits LP hit the turntable.

That fateful evening in 1981 concluding with my mum singing the old musical standards Don’t Put Your Daughter on the Stage, Mrs Worthington and a raucous gin fuelled Oh, Mr Porter. I can’t recall any of the lyrics of the Mrs Worthington tune, but recollect the latter was a tale of a girl asking advice from a railway porter after inadvertently arriving at Crewe instead of Darlington. 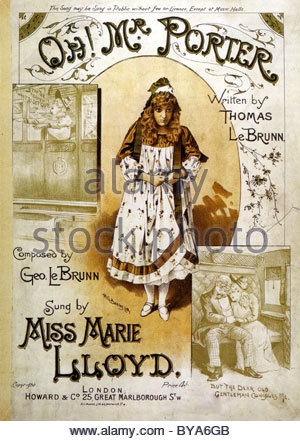 My mum still possesses a wealth of these old ditties, learned as a young girl in the 1940’s. Incidentally, today is her birthday. I’m not sure how she’s going to celebrate, although I hope it’s something more fulfilling than listening to Face Value, Joe Loss Party Hits and a family member singing Marie Lloyd songs!

Mum always delivered these traditional standards to her kids in a comedic style, with tongue very much in cheek; which must have made singing it bloody tough. They aren’t the most technically brilliant lyrics or melody, but these quirky ditties have an endearing quality.

A comforting sensation akin to childhood Saturdays, when we ate cheese on toast for tea, consuming pop and crisps watching Morecambe & Wise, along with the assurance that Huggy Bear would always have information to lead Starsky and Hutch to the bad guy.

Some Saturdays my younger brother Ian and I were allowed to stay up to watch the great Revie Leeds team on Match of the Day on TV. This, though, was dependant on if we’d broken any ornaments playing indoor football that week.

Anyway, Happy Birthday Mum!…… It’s been a challenging twelve months in many ways, but stay strong!