Like many households these days, interactive TV has an ever growing usage in the Strachan home. This relatively new concept is our latter day court jester, available to entertain our brood at a whim.

Be it catching up on a current drama, listening to a wealth of good music or binge watching a favourite boxset, it’s our ‘go to’ televisual choice when there is ‘nowt else on telly’.

I bring up the subject of this form of media convergence following a quirky household incident over the weekend. This occurred on Saturday evening during a search to catch up on a drama, a show a family member was keen to view after inadvertently missing it earlier in the week.

Sitting on the sofa in charge of the remote, I was unclear of what the person (who’ll remain anonymous) wanted to view, resulting in the following scene being played out:-

Utilising the remote, at this point I navigated to 4 OnDemand (Channel 4’s interactive service) to reveal the shows broadcast from Sunday onwards.

Despite scouring each day on the Channel 4 On demand portal, nothing rendered to screen that jogged FM’s memory. 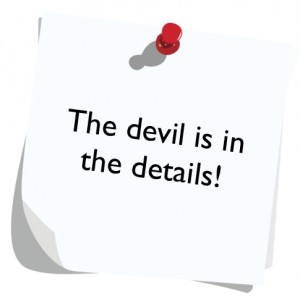 At this point I was getting a tad exasperated. My frustration overflowing at the lack of detail that I have to work on, in my official capacity as Keeper of the Remote.

Me – “So you don’t know what it’s called, not sure of the channel, unaware of the day it aired and can’t name a cast member?”

Me (tersely) – “We’ll never find it from that!…… Even if you googled ‘actor in thingy’ I doubt we’d get anything meaningful in response!”

FM (conciliatorily) – “Don’t get annoyed Gary. It looked really good on the trailer.”

Me (disparagingly) – “Well that doesn’t help me find it for you, does it?!”

Me (disbelievingly) – “How’s that going to help?….. We can’t find this drama because you haven’t any meaningful details to help locate it. Not through any ineptitude on my part!”

Regardless of my scepticism, I passed the remote to FM. After around a minute of them faffing around on the remote, a show started on the screen in the corner of our modest living room.

FM (Beaming with self-satisfaction) – “There we are. That’s what I’ve trying to tell you I wanted to watch, Little Boy Blue at 9pm on Monday on ITV. As I said to you, it had actor Stephen Graham from Boardwalk Empire in it!…….. I knew I’d find it!”

I was irked with the inference I was in someway at fault for not locating this ITV drama. However, I sat back in silence to watch Jeff Pope’s moving drama (based on a true story); this the first episode of a dramatization about the killing of a 11 year old Liverpool boy.

On the conclusion of the episode I reclaimed the remote control, asking:- “Right then, what shall we watch now?”

FM – “I wouldn’t mind catching up on that new comedy…….. You know the one with whats her name in.”

At this I handed FM the remote back, telling tersely them “Here you can bloody find it!”