The weekend is almost upon us as I commence this arbitrary narrative. For those in desperate need of the two day sabbatical, the waiting is almost at a conclusion.

Like an errant child in fear of a scolding after exchanging their dad’s Faberge Egg for a handful of magic beans, the light at the end of the tunnel is sheepishly approaching. Fear not, it’ll soon be time to log-off, cover the budgies cage on your desk with a sheet and tell your overbearing boss to shove his pen up his arse.

Then with a broad grin on your face, you can wander out on this pleasant August day for a well earned break. Be that with a beer in a public house, or sitting reading the ‘situations vacant’ column in your local paper; a consequence of foolishly advising your gaffer to shove his writing implement where the sun don’t shine.

It’s decades since I worked a Monday to Friday dayshift role, in fact it’s a few years since I undertaken any paid role. I’m now forced to live on the good wishes of the itinerant; circumstances not helped by my daughter exchanging my Faberge Egg for a handful of magic beans.

When I last worked exclusively on Monday-Friday (9am-5pm) I was twenty years old; an immature lad with no real idea of what he wanted from an occupation (34 years on that still applies). The only stipulation I gave my careers advisor was I’d prefer to work somewhere that allows it’s employees to stand budgie cages on their desks……. If they weren’t prepared to acquiesce to that demand, I at least wanted carte blanche to tell my boss to shove a pen up his arse.

At that age, I worked in an accounts office where I had the remit of replenishing pens, which was a hectic role, the consequence of the alarming rate at which they were disappeared.

The accounts office, in which I worked at the time, contained about eight of us (nine if you count the budgie Tufty). It wasn’t the most interesting of roles, but Tufty quite liked it!

With our roles incorporating account reconciliation, my boss regularly set me objectives to improve my numeracy, including a count to ten when he gave me a crappy job to do.

I worked with some great people in the accounts department who acted as mentors, kindly taking me under their wing….. Well the budgie did; the others didn’t have wings. Eventually, I left for a role as a computer operator in September 1983; not the result of anything I disliked about the accounts environment, moreover the boss had started stirring my tea with his pen.

On starting my new role in the computer centre, I was still pretty immature, filling in my break-time by walking around the building asking who wanted a game of ‘Cowboys & Indians’. It was probably for the best no-one ever did, as I didn’t have a clue of the rules of the game, or indeed if it even existed.

After my budgie died in 1987, I left my computer operators role in Gateshead. A colleague told his demise was the result of my pet avian playing ‘Cowboys & Indians’ with the computer room lads while I was at lunch. Sadly, Tufty didn’t pass on the rules of the game before his untimely demise. 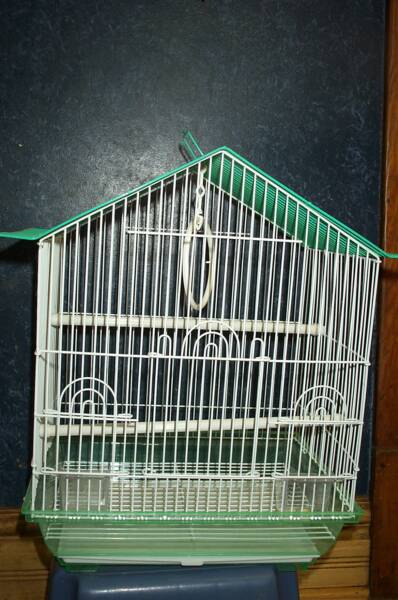 I moved to work in London after my budgie passed away, as seeing his empty cage upset me to such an extent it was having a negative affect on my behaviour.

My clouded mind caused me to become so confrontational I’d started telling everyone to shove their pens up their arses, not just bosses. Consequentially, I became ostracised and marginalised by my workmates. As they had a ‘3 for 2 offer’ at the time, I could have been circumcised for free, but politely declined.

Right, I’m off to see what that big bloke who’s just climbed down the beanstalk in my front garden wants.