A genial, erudite man he was once dubbed ‘the most trusted man in America’, leading to him being allowed to chaperone Richard Nixon’s ego while vacationing in Galveston. Evidently, though, Cronkite was unimpressed with the most trusted man accolade; deeming it an insignificant due to lack of competition at the time.

Although not widely known, Cronkite found a bug under his desk in the CBS office during the Watergate Scandal in the 1970’s. The discovery made by Dustin Hoffman and Robert Redford while investigating alleged dirty tricks by the Nixon administration, such as impropriety, outpropriety and cheating at Buckaroo.

The Missouri born broadcaster grew attached to the bug, naming it Arthur (after someone he knew called Arthur). The insect was given carte blanche to roam around his New York office. It was a short-lived alliance, though, after a fallout over autocue grammar led to Arthur leaving NYC for pastures new.

Cronkite was an articulate man, who was attributed with being the first anchor-man to use the word schadenfreude on mainstream TV. He controversially utilised the word when correcting a studio guest, who mistakenly thought schadenfreude was the sister of ‘father of psycho-analysis’ Sigmund.

His catchphrase was “And that’s the way it is” followed by the date at the end of each bulletin; meaning, if nothing else, his viewers at least knew what day it was.

Amongst his many awards Cronkite received the Carr Van Anda Award for enduring contributions to journalism, a “Freedom of the Press” George Polk Award and the Paul White Award from the Radio Television Digital News Association.

Additionally, Cronkite was honoured with the induction into the Academy of Television Arts and Sciences Hall of Fame and received the Presidential Medal of Freedom from Jimmy Carter in 1981. He was also voted the ‘Person Least Likely to Say F**k on TV’ for three successive years in the late 1960s. The broadcaster also famously never used the word juxtaposition during his bulletins.

Of all the news stories he presided over in his time as CBS anchorman (1962 – 1981), his delivery of the JFK assassination live on CBS on November 22nd 1963 was unquestionably his most high profile. In it he delivered perhaps the most famous, poignant and hard hitting event of the 20th Century.

During this unfolding story Cronkite displayed understandable emotion, shock and great humanity. It says a lot about his professionalism he managed to recompose himself following a brief emotional wobble while announcing Kennedy’s death live on air. 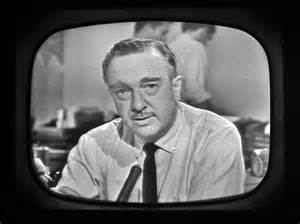 Some might question what inspired this middle aged English bloke, who never saw Walter Cronkite broadcast live, to write this semi-fictional tribute. That would be a good question, to which I have a full and articulate response…….. Actually, I haven’t …………. I’ve absolutely no flipping idea!

One thing I’d say is there must have been something special about the guy. After all, a news anchor-man very rarely gets the profile and recognition in his nation’s psyche akin to Cronkite. I don’t recall many, if any, news broadcasters in the UK who’ve achieved the plaudits and legendary status afforded to the Missourian.

Individuals may argue him delivering some of the century’s foremost news events guaranteed his broadcasting stock remained high. After all, working as CBS anchor between 1962 – 1981 made him the face of journalism during Vietnam, the Iran Hostage Crisis, assassinations of a President and civil rights activists, John Lennon’s murder, Watergate et all.

I’d agree with that opinion to some extent. However, scores of other broadcasters worldwide would also have the same stories to report on, but from what I can see they didn’t leave the same mark on their viewing public.

As I write this I wonder how Cronkite’s calm amiable delivery and professionalism would be tested by the news stories of today. I’d have loved it to have been something akin to this…….. 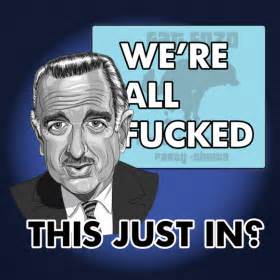 Anyway, on the anniversary of his passing, here’s to the affable broadcaster who left that indelible mark.