There is an endearing quirkiness regularly displayed by my wife, at times unintentionally, that never fails to amuse. Be this the sporadic misnaming of celebrities, the naive innocence about certain ‘near the knuckle’ subjects or just an ill thought out, but nevertheless humourous, question.

This morning she gave a perfect example of the latter as we sat discussing the subject of my blog today. The incident in question took place as we sat in the waiting room at an East Leeds clinic, awaiting her physiotherapy session .

In response to Karen asking what today’s topic would be, I half jokingly told my spouse that I planned to write a tongue in cheek ‘Dear Gary’ problem page.

My Mrs looked taken aback, but laughed and with the endearing quirkiness that never fails to raise a smile asked “Are you just going to make up the questions yourself then?”

With the alternative of me not making them up being receiving correspondence from the British public, asking for solutions to personal problems, I thought it was a question that didn’t require answering.

I didn’t laugh out loud though, just chortled inwardly as I pictured that scenario. A middle aged man in the north of England, with no training in the field of counseling, sitting wading through letters and emails as a charlatan agony aunt.

To be clear I’m not mocking my brave, tenacious, spirited and courageous wife. I have the utmost admiration for this north eastern lady, who has dealt with a terrible last six years of living with incurable cancer with inspirational fight.

The incident, though, did strengthe my urge to potentially write a spoof agony aunt column at some point. There is probably some comedic mileage in the venture. For example:-

Dear Gary – “My marriage is at a crossroads, as my husband just doesn’t understand me!” ….. JP – Ruislip, Middlesex

Gary – “What do you expect JP?! …… After all, you married a man who speaks no Russian and you speak no English or intend made any effort to learn each others languages! ……. He’s chuffing bound not to understand you…… I recommend you both learn French…… For my fee, leave a brown envelope with £5000 behind loo in Scratchwood Services disabled toilets.”

I’ll may look into that for future blogs. Particularly if I trick JP from Ruislip Into  money in Scratchwood bogs. 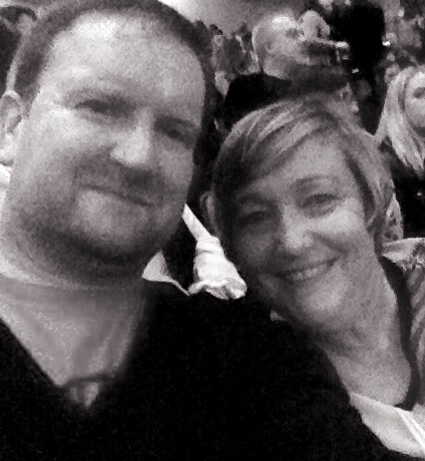 A year ago today, Karen and I watched a show by American singer/songwriter Mariah Carey, at the first direct Arena in Leeds

The legendary diva didn’t let us down by turning up late and making her entrance being carried into the auditorium on a chaise longues by four dancers……. Why the hell Karen can’t just walk to her seat like everyone else I’ll never know!!

Seriously, though, much to some in the audiences chagrin, Mariah didn’t arrive on stage to perform until 9.30pm. Her performance was less of a show, more of an extended encore!

I think Mariah maybe needs one of these! 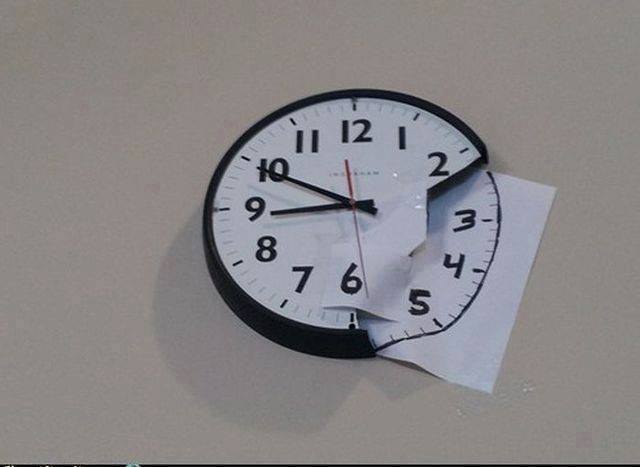 Shouts of “Why are we waiting?”, “Boo! Boo! …. By the way what are we booing at?!” and “Shit, I’ve just realised Paul Heaton’s not playing until Saturday! I’m at the wrong bloody gig!” emanated around the auditorium, as the crowd’s impatience got the better of them.

If truth be told I’m not overly fussed about most of her songs. I attended as companionship for the diminuitive Mrs S.

However, I have to say Mariah Carey has a tremendous voice and, apart from a brief scare when I was worried Westlife were going to come on stage to duet with her, I enjoyed the show.

A few guys, who were sat with their partners, made it pretty clear they were also only there to accompany their other half’s.

The body language of one lad in particular, who looked in his 20’s, certainly indicated his attendance at the gig was under sufferance.

He looked glum throughout, constantly checked his watch. However, the biggest giveaway of his displeasure at being there was the ‘I wish the hell I wasn’t here!’ t-shirt……

It’s a shame Ms Carey hadn’t paid her time piece as much attention as this bloke did.

As a partner also indifferent about attending this show, I enjoyed it more than I thought I would.

My only disappointment was that Mariah didn’t play one of my favourite songs!………. Although in her defence I don’t think she ever sings ‘Masterplan’ by Oasis! 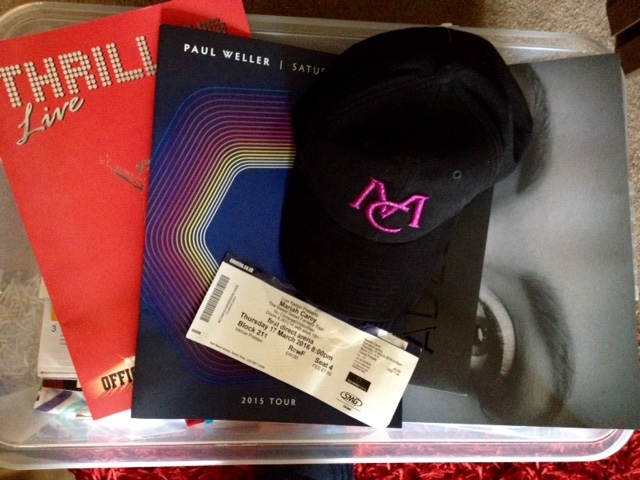