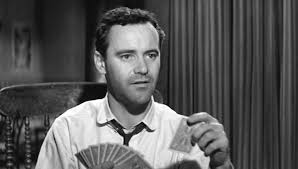 The late American actor/musician Jack Lemmon was born on this day in 1925. Born John Uhler Lemmon III in a suburb of Boston, Massachusetts, he was the only child of John Uhler Lemmon Jr and his wife Mildred. His father was president of a doughnut company and his mother wasn’t.

The number 8 figured highly in Lemmon’s life. His acting ambitions started at 8 years old, he was nominated 8 times for an Academy Award and the 1960 Billy Wilder movie The Apartment, in which he starred, grossed $25 million.

I recall from my childhood, my mum was particularly fond of the 1968 movie The Odd Couple in which Lemmon (Felix Ungar) starred with Walter Matthau (Oscar Madison).

She was so taken with Jack Lemmon’s character, who displayed an obsessive compulsive disorder (OCD) for cleaning, she based my brother Ian on him! 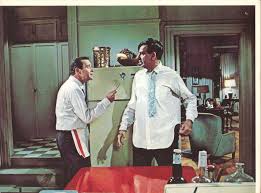 To be honest, I’m probably being tough on our Ian, as he isn’t that neurotic. However, when he had his own flat a few years back, he’d be the first to admit he exhibited symptoms of a cleaning disorder.

When you visited his apartment, it was common for my younger sibling, as a pro-active measure to reduce dust, to ban guests from flaking skin. To assist him with this objective he would wrap his guests in cling film!

It was a reasonably effective strategy, with the exception of the occasion he suffocated the guy who came to read the electricity meter. This tragedy was the result of neglecting to pierce a breathing hole in the cling film!

Amongst his pet hates, Ian would also highly disapprove of guests placing a mug without a coaster on his meter reader shaped coffee table. It was an incredibly life like table, although it has to be said it didn’t smell too good!

To be fair to Ian, he was nowhere near as bad as Lemmon’s character Felix Ungar. Although it would have been interesting to see how he’d react if he’d have flat shared with a slob like Matthau’s character Oscar Madison.

How would Madison react to being wrapped in cling film? Additionally, would our Ian charge what was growing on Madison’s moulding food in the refrigerator rent?

I suspect it wouldn’t end well, with the following Neil Simon (writer) dialogue from The Odd Couple eventually taking place:-

Matthau: “In other words, you’re throwin’ me out.”

Ian: “Not in other words. Those are the perfect ones.”

Matthau: “Ok I’ll leave if you cut me out of this cling film!”

Ian: “You don’t want to take this coffee table do you?!”

By the way, only the first two segments of the dialogue were written by Neil Simon. The bottom two were words I took the liberty of adding! Not that a man who has received more combined Oscar and Tony nominations than any other writer needs my input!

As comfortable in a comedy role as he was in drama, Jack Lemmon’s versatility contributed to him being dubbed by many as one of the finest screen and stage actors of his generation, or indeed any other generation.

His appearances in Some Like It Hot, The Apartment and The Odd Couple, mean Jack Lemmon starred in some of my best loved movies. Additionally, he had a smaller part in another of my all time favourites, Oliver Stone’s star-studded conspiracy theory movie JFK.

Jack Lemmon died of complications related to his ongoing fight with cancer on June 27, 2001, in Los Angeles, California. The legacy he left behind was a stream of both classic comedies and strong dramas. Not to mention an absolutely spotless New York apartment he shared with Walter Matthau! 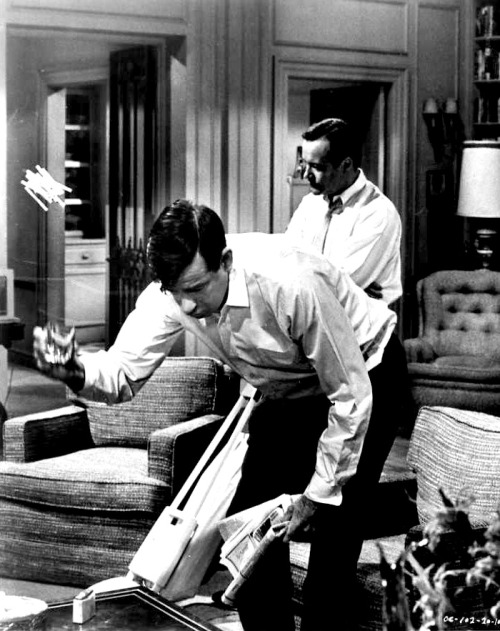