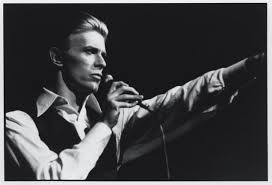 This morning I was saddened to hear of the death of David Bowie.

Bowie was an original. His creative journey avoiding the conveyor belt of mediocrity ridden by so many other artists who’ve plyed the same trade. A sojourn of over forty years that witnessed nearly as many identity morphs as Dr Who.

He wasn’t in the club of performers who can’t write a note or muster a tune from any instrument, unless you count the ching of a cash register as an instrument……… Unlike the conveyor belt masses, Ziggy could play guitar.

The London-born artist had the wherewithal to produce groundbreaking music. Unlike the products of the conveyor belt, he didn’t have to rely on the tried and tested formulas of looks and uninspiring pap set to a backing track.

Bowie proceeded a time of musical finishing schools that churn out future participants of TV shows akin to Celebrity Big Brother or I’m A Celebrity Get Me Out of Here. He was a proper celebrity; despite not really wanting to be for the last score years of his reign.

The artists rewards were gleaned from genuine musical ability. Bestowing upon the musical world radical, challenging song writing; in addition to accomplished musicianship, production and arranging.

Bowie (real name David Jones) re-invented himself on a number of occasions. Most notably in 1972 when, after a break from releasing songs to experiment with a new musical style, he re-emerged as androgynous alter ego Ziggy Stardust.

His biographer David Buckley is quoted as saying that with Ziggy Stardust, ” He challenged the core belief of the rock music of its day” and “created perhaps the biggest cult in popular culture” His unofficial biographer (my mum) saw it differently, saying at that time, “I wish he’d get his bleeding hair cut!” 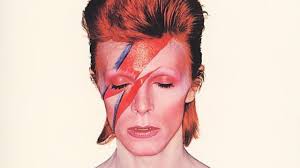 In 1973, he had another short break from recording. However, this wasn’t another period of re-invention, moreover due to a terrible head cold that took weeks to shake off. During this barren period creatively, Ziggy didn’t play guitar; Ziggy had catarrh!…… I’ll move on swiftly after that terrible quip!

As well as a back catalogue of songs most artists could only dream of, he extended his creative skillset to painting.

Although a pastime where the output fell short of the genius his music bequeathed it’s audience, his painting did receive accolades. For example, Mrs Ackroyd at No 57 said he did a lovely job of emulsioning her kitchen ……. Although, apparently, his glossing of the woodwork wasn’t the best.

By writing this tribute to David Jones/David Bowie/Ziggy Stardust (delete where applicable), I don’t for one moment want to pretend I am his biggest fan or owned everything he ever recorded.

I like the majority of his music I’ve heard. However, apart from a three albums and a greatest hits cd, I don’t possess that much of his musical back catalogue…….. I did, though, buy everything he produced in his decorating materials range. The David Jones radiator roller was particularly impressive.

The first album I bought of Bowie’s was ‘Scary Monsters …..’, in 1980. It was his final album for RCA Records, in which he re-invented himself as a pale, heavily made up character adorned in clown’s attire.

It is said that the whitewashing of his face was to symbolise the discarding of Bowie’s old persona. I can’t comment if that is true, but I do know my mum approved that he’d had his hair cut at last! 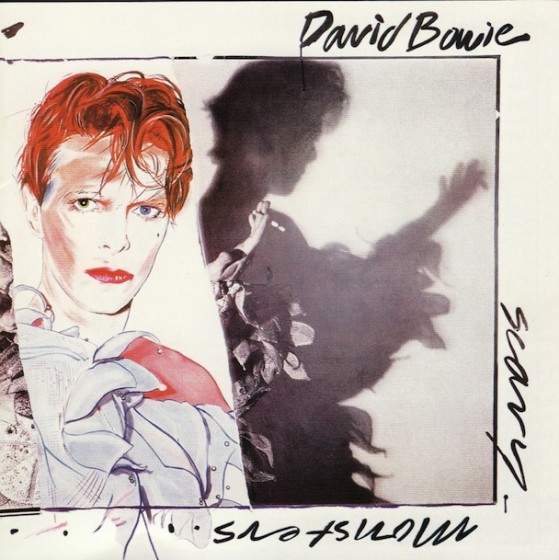 Even though I’m not a massive fan of clowns (I have had my fill of them as a Leeds United fan), I loved that particular album with it surreal lyrics, innovative guitar synth sound, the inspiring cover artwork and the groundbreaking video of the track ‘Ashes to Ashes’.

I read this morning that the title track of the album features Bowie singing in an exaggeratedly strong cockney accent. As this hadn’t dawned on me before, I checked it out on Apple Music. Sure enough he was harmonizing the lyrics in a London dialect.

However, on closer listening it occurred to me that David Bowie didn’t sing ‘Down to Margate’, so I doubled checked my playlist where I identified I’d played a Chas & Dave tune in error.

So Bowie and Maria (from ‘The Sound of Music’) had something in common. They’d both been clowns. However, the similarities ended there. I’m pretty sure that the creator of Ziggy Stardust didn’t marry a widowed naval captain with seven kids….. If he did I didn’t get a chuffing invite to the wedding!

Although admiring his music, I think the thing I respect most about Bowie was his self-belief. He backed his art and wouldn’t be sidetracked by the people who didn’t.

In 1968, Bowie was a bi-sexual, ginger, snag toothed freak walking around South London in a dress being verbally abused by thugs. Four years later, he hadn’t changed his persona, but he was respected and people wanted to be like him.

By that, I don’t mean they necessarily wanted to be bi-sexual, ginger, have poor dental hygiene and wear a dress. I refer to him being instrumental in the evolution of rock music, influential in fashion and contributory in breaking down barriers; some of which that had stood for centuries.

Planet Earth is blue, but there’s nothing we can do!