The roast beef dinner I’ve just troughed could have fed an army. Unfortunately for the 3rd Battalion the Lard Arse Regiment, I ate it all before they turned up so it won’t be feeding them…… They’ll have to go with the vegetarian option.

The quality of the meat from my mum and dad’s local butcher is superb. They swear by the consumables sold by their butcher Donald. He isn’t fond of the cursing, in particular being told “Give me a 3lb joint of silverside beef you arse!”, but they’re good customers so he turns a blind eye to their brisk language.

I don’t know Donald’s surname, but I’d like to think it’s Wheresyourtroosers……. Although it probably isn’t though! 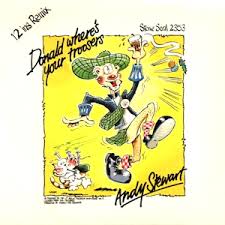 Donald always provides them with a larger joint of beef than they ask for, which my dad Malcolm sees as great customer service. In truth though he is still charged for the extra, so I think Mally is missing something……. And I don’t mean his good watch, which I stole when he took it off to wash up.

My wife and my nearest butcher shop (not in a supermarket) is a couple of miles away from our east Leeds domicile. The meat there is more expensive than the supermarkets but, like Donald’s fare, the quality is better.

My dad is very competitive and always claims his local butcher is better than ours. He, therefore, was put out when I told him the blackboard outside our butchers, this week displayed ‘Quality meat!….. Far better than the shite Donald dishes up!’

In truth both butchers establishments provide excellent quality food products. To be honest even if my dad is right and his butcher is better, I’ll have the last laugh when he tries to find his watch.

While ensconced at chez Strachan senior, the old man read one of my recent blogs in which I reminisced about family life in the 1970’s. He normally doesn’t bother scanning my literary ramblings, but he sat in his chair supportively reading all 800+ words. Hoping he’d enjoyed it, I waited with bated breath as he handed me back my iPad.

It’s been eerily quiet in the dining area since we have returned home from my parents in Wakefield. The only noises are the tapping of the keys on my laptop, the gentle rattle of the central heating pump and the ticking of my dad’s good watch.

Karen is sat a few feet from me in a comfy chair reading her book. It is a weighty tome called ‘The Lakehouse’, which was a Christmas present from my son Jonny and his girlfriend Jenny

She says its an interesting book, although I reckon it would be better if she read it the right way up.

She loves reading and takes up much of her spare time attempting to broaden her literary knowledge. To be honest she’ll read any old crap, which is why I let her critically review my narrative before I publish them.

She has a very eclectic taste in literature. She particularly likes controversial, thought provoking reads. A piece of work that doesn’t pull punches, whilst raising important questions. ……….. She has just read Malcolm Strachan’s ‘Top Butchers In Leeds’ which was riddled with intrigue, violence, sadness and joints of silverside beef!

She has become a big fan of Malcolm Strachan’s work and hopes to move onto his latest work ‘Creativity – What’s the point?!’ shortly.

Thankfully, the vast amount of food I consumed for Sunday lunch is starting to digest, meaning I can now undo my laces and take my shoes off! ……. Until next time! 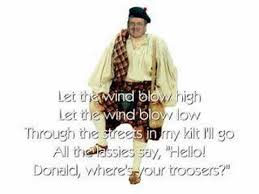