I’ve just returned from my six-monthly dental check-up. To call visits to orthodontists calming or serene would be over-egging the pudding, however they are significantly more bearable than those of my childhood.

During those fledgling years, treatment on my teeth was administered by an elderly guy called Mr Gravestone. An ordinarily decent man, but whose patient care mirrored that of the sadistic dentist in the 1976 movie Marathon Man, starring Dustin Hoffman and Sir Laurence Olivier.

Mr Gravestone wasn’t a dentist he was our neighbour. My parents utilised him as he was a family friend who owned a ball of string along with possessing a weighty door – Enabling him to undertake improvised extractions.

In the absence of anaesthetic, this man in his dotage used hypnotherapy to put his patients at ease. This in a misguided belief that if you thought you’re a chicken the dental treatment wouldn’t hurt as much. A hair-brained adage adopted after reading chooks have higher pain thresholds than humans……. It never worked of course, but on the plus side it meant we were never short of eggs around tooth extraction time. 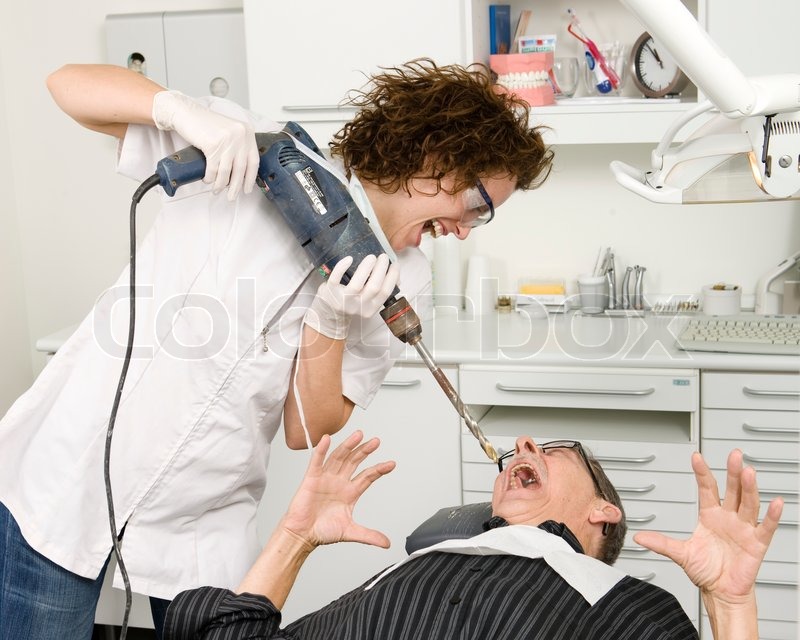 Having an extraction carried out by string tied around the offending tooth while the other end was attached to a door handle wasn’t a pain free affair. As I mentioned earlier, spending the procedure in a state of hypnosis didn’t offer the pain relief of a qualified orthodontist removing it under local or general anaesthetic.

To rub salt in the wound, the tooth fairy didn’t exist in 1970’s northern England. Consequently, I didn’t even get the recompense of cash to soften the blow of having undergone significant pain.

Even the advice my father brought from childhood to aid overcoming extraction discomfort of “You’ll be reet!” or “Think tha’sel lucky, at least ‘e got t’right tooth!”, failed in assisting the next generation’s pain management.

That being said, Mr Gravestone had a good heart……… Not for long, though, as he used it for an unauthorised organ transplant on Mrs Burgess from number 21 in 1976…… I’ve no idea where he got the heart from, but in his defence his patient survived the operation. Although she wasn’t enamoured that the old guy had to open her back up the following day to retrieve his bus pass, inadvertently dropped mid-transplant.

Some opine the old man was foolish for undertaking complex surgical operations without the necessary qualifications. However, Mr Gravestone was unfazed by the criticism; never worrying one iota about his lack of medical training and fitness to undertake operations…….. He left that to his patients!

As long as he managed to stem the bloodflow, his patients seemed contented enough. Although questions were raised about why he’d taken an unsterilized bus pass into theatre during transplant surgery.

Thankfully, those days of childhood medical quackery are far behind me. Now when I go to my dentist surgery, I’m treated by professionals in a calm environment underpinned with adequate pain relief if required. There’s even a radio playing to soothe the more anxious patient.

That being said, a couple of yours ago I became highly distraught in the dentist’s chair. I was sweating, shaking and exhibiting terrible anxiety – So much so my dentist stopped the crown treatment he was undertaking.

“Are you ok? Do you need more local anaesthetic?” he asked.

“No…… Can you just turn that bloody Cliff Richard song off!” I anxiously replied.