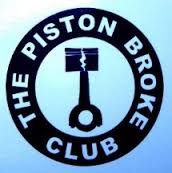 I’ve just spent the last half hour attempting to fix the soft closing mechanism on one of my kitchen drawers. After a little trial and error, copious use of the word bollocks and finding a family of Bulgarians camped in the drawer recess, I had a mixture of good and bad news.

The good news is that I identified the root cause of the problem, but the bad news was it isn’t economical to fix, so I’m going to have to replace the part. It’s an easy enough job swapping the faulty sliding mechanism. I just have to find somewhere that produces/sells the same soft closing part.

The problem was a broken piston on the affected under drawer mechanism. I tried spraying it with WD40, like I do with all DIY fixes, but all that did was turn the kitchen floor into an ice rink!

WD40 is an amazing catch all problem fixer, which can be utilised as a solution to many troublesome situations. That being said, I wouldn’t recommend if to fix affairs of the heart. Spraying WD40 on your already hacked off other half will not fix anything!……. Unless, the tension between you is caused by rust! 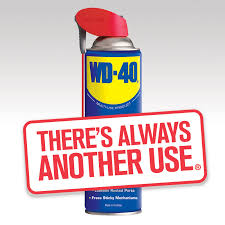 The identification of the broken piston reminded me of an old, but a favourite, joke told on The Kenny Everett Show back in the day.

Played his punk character Sid Snot, Everett told of a recent verbal altercation between him and his girlfriend after he turned up late for a date due to car problems. He told how she’d rollocked him for his tardiness, asking him “What happened?!”

He replied “Piston broke!”, to which she responded “I know you are, but what happened?!” It’s an old gag, however it always makes me smile….. The Bulgarians enjoyed it as well! 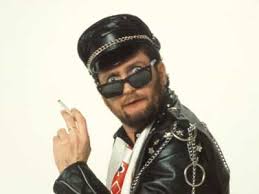 Fixing this drawer is the first of many minor jobs/fixes I’ve got this week. In fact my ‘To Do’ list is so heavy, that when I placed it on my car passenger seat earlier my ‘buckle seat belt’ alert was triggered!

Additionally this week, we have four hospital visits for Karen a blood test, an MRI scan and receipt of two lots of treatment.

Despite her resilience and stoicism in the face of her battle, my diminutive Mrs is always wary about undergoing a MRI scan. She finds the close proximity of the MRI tunnel to her face highly claustrophobic …… The piping through of Cliff Richard music during the last scan also left its scars!

God bless her, though, she soldiers on with the minimum of fuss. She undertakes this while being constantly burdened with her family and some friend’s minor problems. Issues that they could resolve if they had half of her courage, spirit and backbone!

It absolutely infuriates me that she has to be the sounding board for her family members lesser troubles. What is even more galling is the people who I’m referring to have made very little effort to support her in the last five years.

Karen, though, shrugs it off and remains pragmatic, finding excuses for individuals who have only made the effort to visit her once in over five years! …… I have to respect her thoughts, but not agree with them!

I’ve just had to delete two paragraphs of me ranting as, on reflection, it would have been inappropriate to voice via this conduit.

I fully understand that anger is a wasted emotion that solves nothing. However, some things are unforgivable and, as much as that I am the only one who suffers, I won’t show blind loyalty or forgiveness that isn’t warranted!

Right, I’m going now as I need to get myself a new soft close drawer runner from somewhere. It’s time to have a chat with my good friend Google me thinks.

Some Bulgarians (not the ones hidden in my kitchen, I hasten to add!) 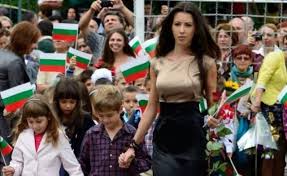