Yesterday a good friend, who has been hugely supportive of my writing, offered constructive feedback about the David Bowie ‘tribute’ monologue I penned on Monday.

They informed me that, although it made them laugh, there were “too many blags (silly fictional references) for one hell of a guy” They are probably right and I appreciated their openness and honesty. 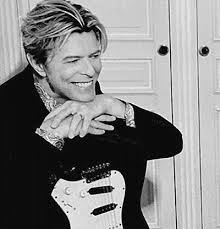 I should have known I’d be on rocky ground with this friend, as they are a huge fan of the music legend. They were lucky to witness the late singer/songwriter perform in Leeds back in the day. This infatuation extended to them throwing their knickers onto the stage, which was a surprise as this friend is a bloke!

Anyhow, in my defence I told this friend that I’d deliberately made it ‘different’. I was keen not to get dragged into the clichéd, recurring sound bites that seemed to emanate from the well meaning, but unoriginal, masses on the news of his passing. 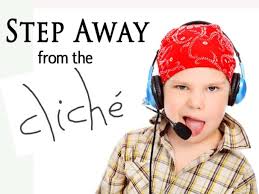 I was ‘over the moon’ I’d managed to avoid utilising cliches in my Bowie tribute……. Well that’s my entry for the ‘Most Predictable Gag of 2016’ award written……. I’ll move along swiftly!

Surely, that is what Bowie was all about. Difference and the avoidance of conforming to art that had already been mass produced and didn’t challenge the boundaries of the mainstream……… Well that’s my entry for the ‘Pretentious Paragraph of 2016’ award written….. I’ll move along swiftly, again!

Don’t get me wrong, I have the utmost respect for my friend’s opinions on my monologues; after all they are far more academically accomplished than I ……. Saying that, though, they cannot match my ability to belch and say a word with three syllables at the same time, so they shouldn’t get too pompous.

My friend often tells me they are amazed where I come up with my ideas. I take it as a compliment, not they’re hinting more at me being mentally disturbed.

It hasn’t been an easy road for me to get to this pinnacle of unpaid, attention seeking blogger. Over the years I’ve suffered for my art. For instance, last week I dropped my laptop on my toe whilst writing, causing swelling…….. Incidentally, that’s swelling of my toe not my laptop, which seemed unshaken by the incident.

To be serious, I appreciate constructive observations about my work which if I want to grow as a writer are as important as the plaudits. After all, it can’t all be positive comments relating to my writing prowess.

I tire of constantly hearing praise such as “Gary you’re a f***ing genius!”, “That was very funny! Who are you again?!” and “Did you watch Silent Witness last night?” ……. I knew having multiple personalities would come in handy one day!

My wife Karen is very supportive and reads all of my blogs prior to me publishing them. On occasion her observations post proof read are funnier than the blogs themselves.

As an example, a few months back (on the occasion of our 27th wedding anniversary) I wrote about Karen’s and my wedding day. In it I wrote all sorts of fictional silliness, like the service being undertaken by a vicar on roller skates, her mum sitting with a ‘Kill the heretic’ placard on the front row and her dad being the victim of a horrific bee attack outside the church after wearing his lucky honeycomb on his head.

It was a piece of predominantly made up scenerios (well, apart from her mum’s placard), which Karen read from start to finish (the blog, not the placard!).

When she finished her read, I asked her what she thought of the piece and could she please stop chewing my iPad! She responded “It was funny but not that accurate. I mean you refer to the weather as overcast, but it was a lovely sunny day!”