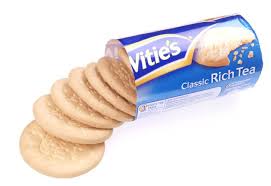 I’m endeavouring to catch the recently released movie The Lady In The Van at some point this week. Based on a memoir of Leeds born writer/performer Alan Bennett, it tells the story of a transient woman who lives in her van on the writers drive in London for 15 years. 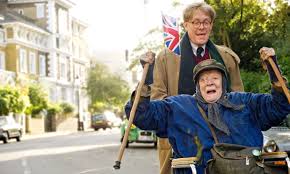 I was told by an acquaintance, who likes spoiling films for people, that they all die in the end. Thankfully, he doesn’t really think it through properly when he tries to ruin movie plots, so didn’t take into account that Bennett is still alive! Therefore his version of the movies finale, based on a true story, couldn’t possibly be accurate!……. Idiot! (him not you!) 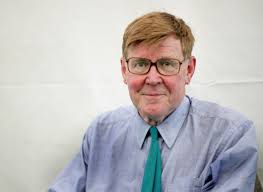 This guy gets confused easily and this was just another example of poorly executed wind ups he undertakes. I’m not sure what what he gets out of spoiling people’s enjoyment. However, if they were remotely believable they might work a bit better and give him the kick he craves!

Years ago he told acquaintances, prior to viewing the original Star Trek movie, that Lex Luther was Luke Skywalker’s dad in it!

He didn’t seem to register the obvious flaw in his lie, which was that neither Superman’s nemesis or the Jedi from Star Wars were in the movie! ………………God knows how he got his job as movie critic for the East Leeds Butchers Weekly newspaper!

Following a DNA test on Jeremy Kyle, it turns out this man is really Luke Skywalker’s dad! 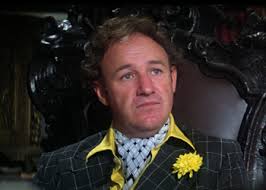 I enjoy listening to Alan Bennett’s woebegone Yorkshire tones delivering one of his humorous, observant and clever narratives. He can skilfully form a monologue about the dullest, inanimate objects, such as crackers, creating it into an interesting and funny narrative.

He reminds me of a humorous late uncle of mine, not dissimilar in looks, who could do a splendid impersonation of him. It wasn’t quite as forensically accurate as the actor/comedian Steve Coogan’s but it was impressive nevertheless!

I was told that Bennett’s specs, which are as much a trademark as his dulcet Leeds tones, allowed him to see into the future. However, I was told that by the movie critic of the East Leeds Butchers Weekly newspaper, so I’d question its accuracy!

After all, if Alan Bennett could see into the future, he’d have surely put a tenner on the unlikely football result of Liverpool beating Manchester City 4-1, last Saturday! He’d also know that the jacket he’s worn for 40 years will never be in fashion!

Although, the erudite Yorkshireman probably doesn’t really give a chuff about fashion! Especially since the collapse of his fashion emporium, following patches on jacket elbows becoming so last year, darling!

In last years Christmas cracker, as well as a gag, there was the question “Name six people, dead or alive you’d invite as guests for a dinner party.”

Alan Bennett would definitely be amongst the people I’d choose. Although, I hope he wouldn’t spend two hours talking about the crackers accompanying the cheese course, the boring get! ………. Only kidding!  😉

I’d particularly like to hear of his time in the Footlights review in the 1960’s with Peter Cook, Dudley Moore and Jonathan Miller. I’d also like to pick his brains on how to write properly. Additionally, I’d want to know if he really can see into the future with those black rimmed specs!

I think the other five people I’d invite would be JFK, Marilyn Monroe, Brian Clough, Don Revie and the movie critic for the East Leeds Butchers Weekly newspaper! That way if the chat isn’t up to much, at least, we can all have a bloody good scrap!!

I rang his agent earlier with an invite for Alan Bennett, only to be told he wasn’t contactable. Evidently, he was out spending his winnings from his bet on the Manchester City/Liverpool game! 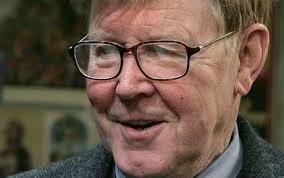 I hope he gets back to me as Cloughie, JFK, Marilyn, Don and the movie critic have all said they’ll turn up!

Anyway, back to Alan Bennett’s story The Lady In The Van, I’m hoping to have the opportunity to view the movie on Thursday evening. This is a day before the movie critic from the East Leeds Butchers Weekly newspaper sees it!…… So hopefully the bugger won’t be able to properly spoil the ending!

A movie written by Alan Bennett with Dame Maggie Smith playing the lead, sounds like a winner to me!