Skip to content
By Gary StrachanDecember 9, 2017Blogs fiction humour Spoof News StoriesLeave a Comment on What The Dickens Are You On About?!

Yesterday morning, I woke to a festive scene of a snow scattering in the village of East Ardsley, Wakefield. Despite the presence of winter sun, zero centigrade temperatures outside of my mother’s house meant this covering wasn’t in any great rush to abate. It’s procrastination at melting requiring villagers to take extra care on ungritted roads and pavements.

There wasn’t a great deal of white powder on the ground, it resembled more a dusting adorning the crown of a Victoria sponge cake, or the alleged 1990’s scene witnessed after Oasis’ singer Liam Gallagher sneezed.

With this in mind, on returning to my home in East Leeds, I was somewhat surprised to be greeted by a snow-free scene. Clearly, it hadn’t been as reticent to disperse as it’s icy cousin in the Yorkshire village ten miles west.

When pulling the car onto my drive the lack of snow outside moved me to tell me mum (in the passenger seat) “Clearly, the snow hadn’t been as reticent to disperse as it’s icy cousin in the Yorkshire village ten miles west, mater.”

“What?!” she responded with a hint of agitation.

“Clearly, the snow hadn’t been as reticent to disperse as it’s icy cousin in the Yorkshire village ten miles west, mater.” I re-affirmed.

“Why are you talking like that?!….. Why didn’t you just say there’s no snow here?!….. We’re not living in an 19th century Dickensian novel.” she mocked. 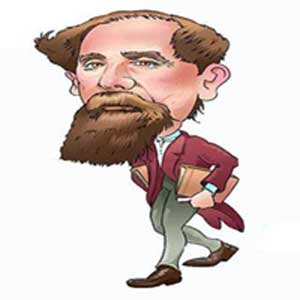 “‘I’m attempting to achieve significantly more eruditity in my contemporary vocal engagements, my dear mother.” I replied in (what I at least thought was) an intelligent manner.

“There’s no such word as eruditity!…… You should have used erudition.” she corrected me a despairing shake of the head.

“You shouldn’t be so unsupportive of my aspirations at broadening my vocabularic horizons during verbal exchanges.” I opined in reply.

“I do encourage all my kids to improve their vocabulary. I just don’t appreciate sesquipedalian writing or in the spoken word.” the Yorkshire septuagenarian mooted.

“What the hell does sesquipedalian mean?” I queried, quietly pleased I’d acquired another long word to pretentiously use at my leisure.

“It’s an adjective referring to someone who overuses big words to appear brighter than they are.” mater explained patronisingly.

“So you’re basically inferring that I should desist from the habit of spouting pretentious platitudes?” I attempted to clarify.

“If the cap fits.” came the not so cryptic response from mater.

“Surely, though, when you said sesquipedalian you yourself were guilty of the very thing you’re accusing me of?!” I pointed out, attempting to highlight what I deemed to be my mother’s hypocrisy.

The seventy-something Yorkshire lass didn’t respond, she opened the door of my parked car and alighted the vehicle; an action I replicated seconds later.

“Hi Karen, love! I see you’re snow’s disappeared; we’ve still a light covering over in East Ardsley.” mum informed my missus, who greeted us at the front door.

“Clearly, our snow wasn’t as reticent to disperse as it’s icy cousin in your Yorkshire village ten miles west of here, Margaret…… Forsooth, I’m of some certainty that the raised inclemency of your dominion will abate presently.” my spouse amiably responded to her mother-in-law.

After returning a disingenuous smile, I’m positive I overheard mum muttering under her breath “Chuffing hell, not you as well!”