I didn’t get a chance to pen a narrative yesterday. Instead of literary escape, my priorities a meeting to glean details of voluntary charity work I’ll shortly be undertaking, a sojourn with my mum for her weekly shop, along with increasing the festive aesthetics of mater’s Wakefield domicile.

If you’re wondering what the heck ‘increasing the festive aesthetics of her Wakefield domicile’ means, it’s my highly pretentious way of saying I decorated the Christmas tree, along with placing yuletide themed candles on her fireplace.

We were going to spread my dad’s ashes today, however the icy weather has put an unceremonious end to those particular plans. On reflection the family decided it’d be prudent to reschedule to a warmer day. A time when, on gaining liberty from the urn, the ashes didn’t turn into snowflakes on their short journey groundward.

Additionally, my old man hated the cold, so wouldn’t have appreciated being scattered in a scene similar to the end of the movie ‘White Christmas’. Although he’d have no doubt approved of the sentimental laments that accompanied it.

My mum seems disconcerted about the home presence of her beloved late husband’s ashes urn. She’s a remarkably stoic and resilient woman, who’s ordinarily not fazed by a host of challenging existential experiences. However, she openly admitted to being unsettled in the company of the cremated remains of her husband of 57 years.

Although obvious to some, I’m unsure why my mater is so freaked by the urn’s presence. She maybe believes it contains the spirit of my old man; an apparition watching ready to lambast her if she forgets to put on Wednesday night’s Irish Lottery.

As a result, I’ve brought Mally’s ashes over to my home, where he will sit until the weather improves, allowing to be scattered at his final resting place. He is now in situ of a bedroom containing sporting memorabilia, including a tie of his beloved Yorkshire County Cricket Club.

I deemed it disrespectful, not to mention distasteful, to tie the above neckwear around the urn. However, as a compromise, I’ve turned the vessel of the old man’s ashes so he can view the wall where the tie hangs.

That being said, as the front and rear of an urn aren’t clear, I might have inadvertently faced him at a blank wall…….. If you are facing the blank wall dad, I’m sorry, but now you know how our Ian, Helen and  me felt when you took us to the circus as kids…… Oh, and yes, mum did put on last Wednesday’s Irish Lottery.

Yesterday, I found increasing the festive aesthetics of my mother’s Wakefield domicile (oh ok, decorating her Christmas tree) a minefield of triggers to memories of my old man.

He always made a splendid job of decorating the yuletide tree, along with exhibiting various associated festive ornaments. In the 1970’s he was the Christmas tree decorating ninja as far as his young offspring were concerned. Making a superb job of creating a warm, loving and memorable festive ambience for his loved ones.

Back in those days, decorating a tree wasn’t easy. With the only genus you could purchase shedding pine needles at the placement of every bauble or coloured light, half of the leaves were on the floor on concluding it’s garnishment…… If you sneezed mid-decoration, a further quarter of the needles were vacuum cleaner fodder following the pine’s accessorising.

As I memory of my dad’s perennially picturesque Christmas pines, I brought home a bauble which adorned every tree he decorated for over 50 years. I, of course, got my mum’s approval before taking what now was her property……. Which is more than I did when I brought home his watch and contents of his wallet! 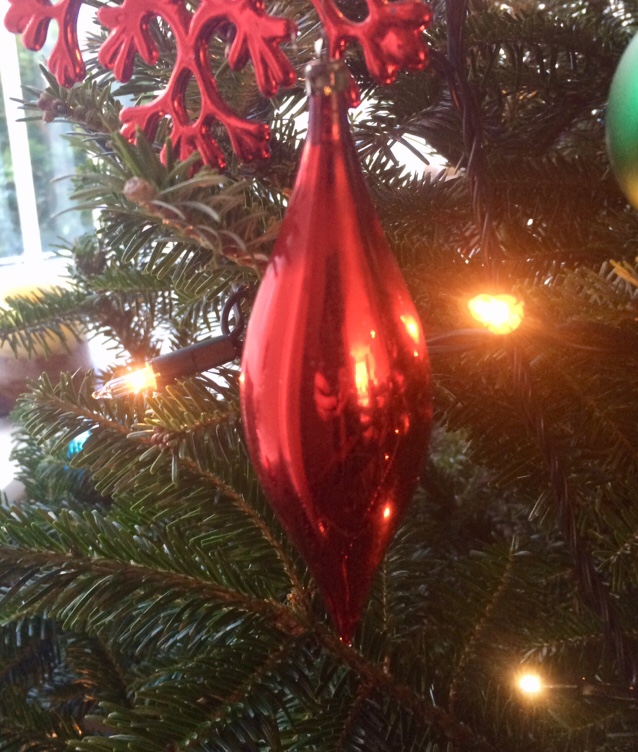