This morning, it was heart-warming to wake to a yuletide ambience in my modest three bedroomed West Yorkshire domicile. The consequence of a decorated Christmas tree, along with the lighting of cinnamon scented candles. To enhance the festive feeling, through the bay window, a squirrel has just jogged along my lower patio; prior to hopping over the fence into neighbour Mike’s garden.

I’m aware squirrels aren’t particularly festive (unless they’re donning a santa hat and a Christmas sweater); not to mention the word jog isn’t a particularly accurate descriptive for the running style of this flighty rodent. However, due to it’s brisk nature, I was reticent to pen the more factually true ‘it (the squirrel) flew through my garden like s**t off a shovel’……. That being said, I just have done! 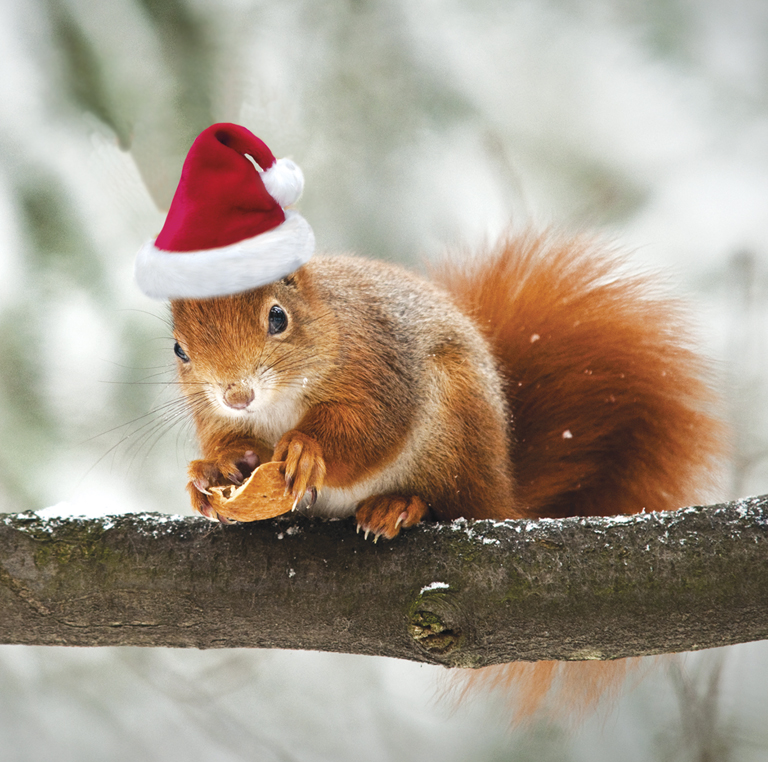 I’d have preferred to write my view was a robin vainly pushing out it’s splendid scarlet breast, akin to a peacock exhibiting it’s chromatic plumage. Not only is that more likely than a squirrel jogging through my garden, it is a descriptive with far more literary integrity.

Unfortunately, there wasn’t the red-breasted avian in my back garden. Consequently, I bizarrely chose not to fictionalise it’s presence, instead selecting the ridiculous alternative yarn of a jogging festive squirrel.

I had an eventful bus ride into Leeds city centre this morning, with the fun and games commencing on boarding the vehicle at around 10am.

On tendering my fare, the driver became irritated with the ticket dispenser at it’s unresponsiveness to his button presses. In anger, he chose to utilise a ‘ticket dispenser whispering’ strategy of prodding the buttons with such aggression the machine started wincing. Eventually leading to my bus ticket being released complete with the wording ‘we surrender’.

After collecting my ticket, I headed toward the back of the bus. During this short amble, I’m convinced I heard the driver growl at the ticket dispenser “I warned you what’d happen if you antagonised me!”. In addition I caught sound of an old guy muttered to a lady in her dotage (who I assumed was his wife) “What a miserable b*st*rd he is!”……. I’m assuming he meant the driver; however, if the old guy did mean me then his comment is similarly valid.

On taking my pew at the omnibuses stern. I tried manfully to avoid staring at the bus driver’s confrontational finger poking at the ticket dispenser. As part of this plan, I watched a dishevelled guy in front of me drinking a bottle of wine in his possession.

Without wanting to be too judgemental, at 10am in the morning it wasn’t the aesthetic visual accompaniment I was expecting, or indeed desired on my public transport sojourn. To add to the sadness of this guy’s plight, bereft of a glass he was ‘necking it’ straight from the bottle.

However, the old guy, who I’d passed earlier, had no issues about passing judgement, opining to his partner “What an absolute p!ss head he is!”……. I’m assuming he was referring to the guy drinking wine in front of me; however, if the old guy did mean me then his comment is also similarly valid.