In the 1970’s BBC sitcom The Fall & Rise of Reginald Perrin, his workplace quack Doc Morrissey would frequently confess to his patients he hadn’t a clue what was wrong with them, before prescribing aspirin and an assurance of its curing qualities.

It seems to me this incompetent general practitioner’s quackery has a far more dangerous successor in 21st century, in the shape of the self diagnosing ‘home doctor’. 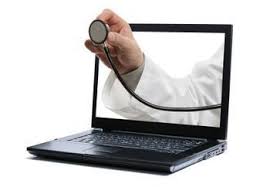 These unqualified individuals sit on the internet to investigate the root cause of their aches and pains. More worryingly, they aren’t happy to second guess their own ailments, some are inclined to utilise their ‘wisdom’ to diagnose infirmities of peers.

My instant reaction to being told by a dinner lady, a seamstress or gardener the underlying origin of their medical issues, or the cause of the many symptoms displayed by my incurably ill wife, is to immediately switch off.

It may sound rude, but I’m not prepared to pay attention to anyone whose entire medical training consists of watching the James Bond movie ‘Dr No’.

To clarify, I have absolutely nothing against dinner ladies, seamstresses or gardeners. However, I’m more inclined to seek curative advice from someone who’s had 5-6 years medical training, than someone who dishes out lunches to our younger brood.

Another bug bear of mine are the people who provide diagnosis on the basis of advice they have acquired from individuals equally medically unqualified.

For example, people who claim to know the cause of medical symptoms because their friend works in a GP’s surgery. The fact their role is that of receptionist, not a doctor, doesn’t seem to dawn on them they aren’t qualified to impart this guidance.

A late uncle of mine was a barrister, but it doesn’t mean I’m qualified to act as a defence advocate for Harry the shoplifter from Heckmondwike! ……. It’s absolute nonsense!!

Where will the stupidity end? The seamstress claiming to be part of the British Medical Council on the back of stitching an NHS order of doctors white coats? Or the gardener relaying advice on all matters neurological as he tends to a brain surgeon’s parsnips? … That’s not a euphemism, by the way. 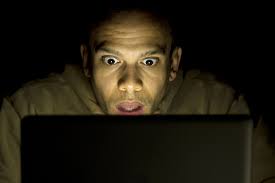 While I’m on my rant about individuals who self diagnose, I’m sure some of them not only wrongly diagnose, but also make up the illnesses that individuals are allegedly are stricken with.

Despite what anybody else says to the contrary, I’m convinced that there are no known ailments of ‘Not Very Well Disease’, ‘Tickly Tum Tum’ and a ‘Sporadic Clack’.

I’ve raised this as today’s blog subject after overhearing my wife being given some ludicrous and potentially dangerous medical/physio advice over the phone by an unqualified individual.

This person thought it was wise to advocate an exercise plan for Karen as a remedy to ongoing joint issues.

I have a few issues with this, which include this person plying her trade in a school kitchen not in the physio room.

More worryingly, Karen has tumours in her body that may badly injury her with certain exercises, including potential paralysis!

To summarise, if you want to diagnose yours and other peoples ailments that’s your call. Just don’t include me or my family in your nonsense.

Anyway, I’ve got to close this narrative now as I need to attend to my sporadic clack.