On a couple of occasions recently I’ve had very pleasant lunches out,  courtesy of two different Christmas gifts.

On Friday, my wife Karen and I had a two course lunch with drinks at a Country House hotel in the Vale of York, courtesy of my sister Helen. While yesterday Karen, my parents and I had afternoon tea for four at a riverside pub in York, utilising a voucher from family friends Jo and Paul.

It’s acclaimed cuisine has been the recipient of numerous plaudits over the years; including one from French food critic Hershal Groundhog who enthused that his meal was “the dog’s bollocks!”

As much as I respect Monsieur Groundhog’s culinary recommendations, I didn’t fancy the canine testicles so chose the duck. 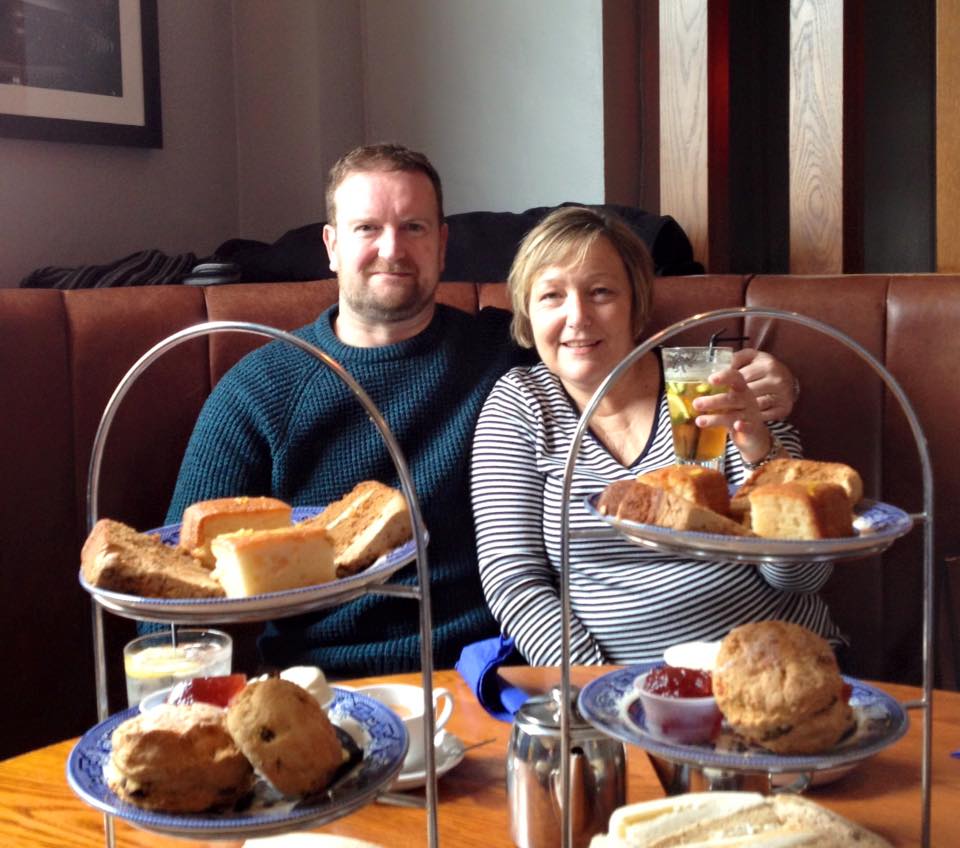 The atmosphere was one of calmness and tranquillity, with only the sounds being that of whispered conversation of the diners, the clink of cutlery on crockery and the maitre d’ playing songs from the Great American Songbook on the duck whistle. I assumed he was trying to attract the main ingredient of my meal as well as entertain, but I could be wide of the mark.

As we waited for my duck and Karen’s chicken to arrive, I reached over the table to lovingly hold my diminutive spouses hand. She squeezed my hand firmly and smiled.

There was a warmth in her smile that reminded me of the scene when we first clapped eyes on each other in 1983, when she mugged me as I left a Low Fell pub.

It wasn’t love at first sight, but there was a spark between us, a feeling we’d met our soul mates. Not to mention where I’d clean up the considerable bloodshed.

A few months later after my restraining order had expired and Karen returned my watch, I asked her out on a date. She seemed reticent at first, but she finally relented when I said I didn’t mind her bringing firearms.

We met under the clock at Glasgow Central train station. It was setting that brought to mind the romance of a the departure scene from the movie Brief Encounter. Although in retrospect I wish we’d chosen to rendezvous somewhere nearer than 150 miles away from where we both lived!

The wee lassie and I got on so well that by our third meeting she’d stopped bringing guns on dates. Not to mention, a new-found serenity meant she’d only now indulge in fist fights as a last resort.

The change in her behaviour was heart warming. I even started to quite like the excruciating donkey bites she gave. Whimsically accompaniments as we exchanged stories of childhood knuckle duster beatings.

Eventually we grew so close the conversation turned to children. She said she thought Mark Lester’s portrayal of Oliver Twist was the pick of the child actors in the movie version of the musical Oliver.

I begged to differ, arguing Jack Wild’s characterisation of the Artful Dodger bore more substance and exuded a reality I’d not seen before by a child playing a Dickensian pickpocket. 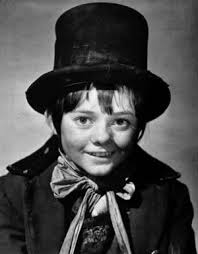 We agreed to disagree, though, moving onto more important subjects of the era like who’d killed JR in the TV show Dallas. I told her I had no idea who’d killed him, but I assured her I had nothing to do with it; with a cast iron alibi as proof.

Karen and I became engaged to marry in 1987. Mine was a haphazard proposal at a top Newcastle restaurant called Michelangelo’s. They didn’t have dog’s bollocks on the menu, but they nearly had mine after I inadvertently proposed to the waitress after my sight diminished when losing a contact lens.

Karen wasn’t pleased but the waitress was ok about it. She even said she might have said yes if my intended hadn’t have been armed that fateful night.

When we told our family’s there was unmitigated joy. The good wishes and the generosity of engagement gifts brought a tear to my throat and a lump to my eye.

Her mum and dad bought us a howitzer and sang us a celebratory Northumbrian sea shanty; a tradition in their hometown of Birtley.

My brother thoughtfully bought us a Coalport china ornament as a gift. However, it didn’t remain in one piece for long after he later decided to fulfil his lifelong ambition of firing a howitzer.

My parent’s got us a book which disclosed JR’s murderer. It was a crap present, but at least it backed up the story of me not having any involvement in the shooting.

Anyway, I wandered off on a bit of a tangent there, as is my want………I best back to the family lunches anecdotes.

On Saturday lunchtime we had afternoon tea for four with my parents Margaret and Malcolm in a recently renovated York pub. My son Jonny met us over there, as he lives in the engaging capital of our county.

The recent renovation of the establishment became a necessity following its flooding when the River Ouse burst it banks over the Christmas period. 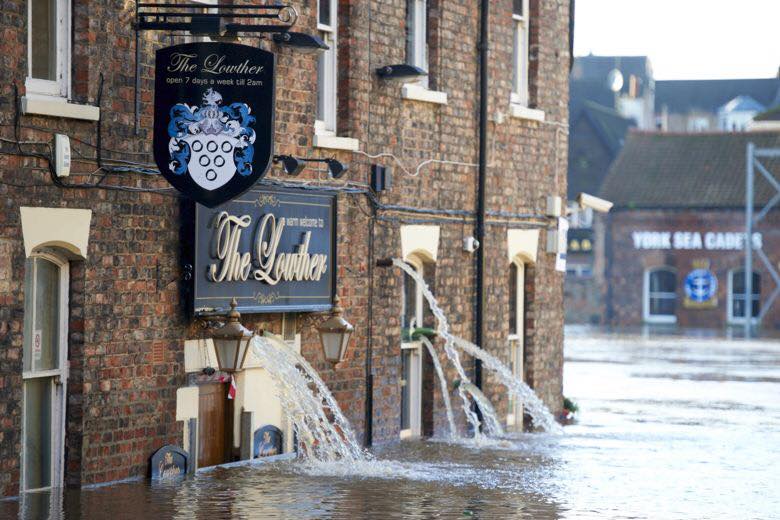 It’s refurbish has resulted in a light, clean, airy environment, where there is more wood on show than in the magazine ‘Loads of Wood Weekly’.

The customer service from it’s staff was warm, friendly, swift and to their credit not one of them made comment about my dad wearing a precautionary pair of flippers throughout! 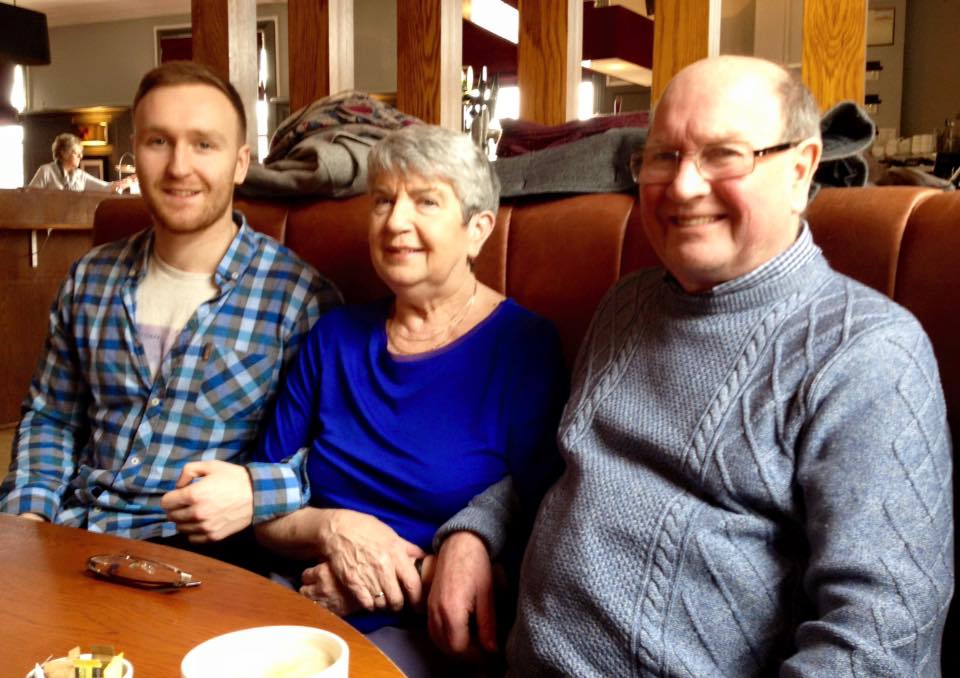