This morning the unforgiving precipitation and foreboding grey overhead nimbus clouds returned to East Leeds. The few days of respite from rain have departed and my mind turns once again to the conundrum of whether I should build an ark!

In my back garden, a solitary robin shelters forlornly under pyracantha leaves, whilst feasting on its plentiful orange berries. In between each peck, it nervously scans its peripheral surroundings, ensuring none of the neighbourhood cats are on the prowl.

It needn’t worry as the local felines are fair weather predators. The little red breasted bird is perfectly safe for the moment! Unless it flies into Mike’s house next door and starts eating Marmalade & Marmite’s ‘Mr Cat’, or whatever they eat!

As my gaze returns to my laptop screen, the less than melodic tone of a car horn beeps impatiently from the nearby Colton Retail Park. I don’t think it’s anything to do with me turning towards my laptop screen in my dining room, but you never know!

I know not of what is causing this display of rage, or whether it’s warranted, but I do know that you shouldn’t eat yellow snow!

The anger that spews from some individuals these days when remotely inconvenienced is wearing. This ever growing culture of self-entitlement that manifests from greedy, selfish and over indulgent people seems to add nothing positive to society…… Apart from an affluent friend who gives guided tours of his wallet! 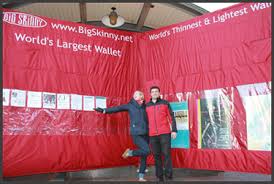 A subset of people sit comfortably in their ivory towers thinking to themselves “I’m sure this place would be more wildlife friendly and cheaper if it was made of brick not ivory!”

The impatient beeping of the car horn in Colton Retail Park brings to mind a similar instance of car park irritability during one of Karen’s hospital visits.

As my spouse and me headed towards the exit of the hospitals multi-story car park, our in depth discussion about whether Donald Trump’s hair was house trained halted abruptly!

The reason for me slamming on the anchors was necessary due to an elderly woman, in a red Ford Fiesta, thoughtlessly blocking our exit route. She seemed unaware of our car, as she sat there looking agitated, while waited for another elderly woman to vacate a parking spot. Unfortunately for the woman vacating the space, she was deemed to be maneuvering too slowly by the woman in the Fiesta!

This resulted in lots of beeping and heated language from the impatient woman awaiting the parking spot. I don’t recall the full discussion, but can recollect at one point the words “F*** off!” emanating from the open window of the red car!

I’m not sure why, but I find a women in her 70’s telling someone to f*** off inherently funny…… Well, apart from if it comes from my mum when I arrive at her front door!

Despite my cynicism about society, I realise I shouldn’t tar everyone with the same brush! There remains a great deal of humanity and generosity out there, which is backed up by the record breaking amounts that continue to be raised during charity telethons.

Philanthropy isn’t dead! In fact I spoke to Mrs & Mrs Anthropy yesterday who advise their son Phil is “doing just fine!” after his accident!

I managed to find Mrs & Mrs Anthropy who had some good new about Phil!

I’ve just looked out of the window and the robin has disappeared. Not in the David Blaine way of leaving in a cloud of smoke, more likely from flying away!

At least I assume it didn’t just disappear in a cloud of smoke! For future reference, I best look up if that is even possible !

Yesterday, I surprised a few people by saying, in a Facebook post, how moved I was by a picture of a poverty stricken Third World boy with ‘Ronaldo 9’ penned on his back. It lead to the following conversation:-

Female friend – “Blimey, you’re a dark horse!”
Me – “Pardon?!”
Female friend – “The pic you put on Facebook of the Third World child!! … “I had no idea what a caring, sensitive and enlightened person you could be!”
Me – “Well I’m very misunderstood! I’m not as shallow as some people think!”
Female friend – “So it appears!” …………..

Me (after brief silence) – “By the way has anyone ever told you what magnificent breasts you have?!”

Before I close, I ponder what the moral is of today’s tale?! To be honest, I’m not sure if there is one, apart from Phil Anthropy is recovering nicely, robins like pyracantha berries and avoid grumpy old women in red Ford Fiestas.

Beware if you see a septuagenarian woman driving one of these in Leeds car parks!