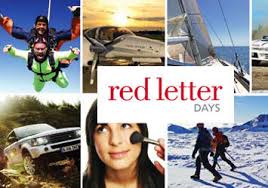 I’m sure she won’t mind me disclosing this, but my wife is 50 later this year. It is a landmark birthday that five years ago, when she was diagnosed with incurable illness, we thought she wouldn’t see.

With this in mind, the family are eager to ensure this materialises into a memorable few months for Karen Strachan. A joyous time for the brave lady enhanced by a collection of special experiences.

So far we have bought her tickets to attend Adele, Mariah Carey, Billy Joel and Paul Heaton/Jacquie Abbott gigs. Additionally, we have aspirations of attending a race meeting at York racecourse on the day of her birthday – Coincidentally, a day arranged to raise funds for the MacMillan Cancer charity. 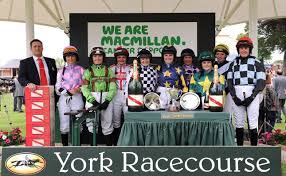 To make that day even more special we have arranged for her to ride a horse in the Walter Mitty Stakes at 2.50. According to Karen she’s never ridden an equine before (although bizarrely she has a horse!), but how hard can it be?

On that day we have also secured her involvement in a charity auction, when one lucky person can bid for the opportunity of listening to Karen’s holiday meal anecdotes.

Much to our adult kids (Jonny & Rachel) and my amazement, Karen has the ability to recall every meal she’s consumed on previous family holidays. It’s a great gift of memory that may not sound that useful, but don’t underestimate it. These powers of culinary recollection can be very handy for ridding you of unwanted house guests……. Apart from mice who seem to be fascinated by them.

So if you want to know about the exquisite salmon dish on our third night in Ciudadela in 1999, the culinary masterpiece of clams cuisine on the penultimate night of our 2011 cruise or the slightly overdone tuna mombous in New York, get ready to bid on her special day.

If you wonder what a tuna mombous is you’re not the only one. It’s a fictional dish I just created from the depths on my cranial database. It obviously would have tuna in it, but I’d have to have a think about the ingredients for a mombous sauce……. Leave that with me!

Her holiday meal anecdotes are delivered with warmth, humour and the regular use of the words “Are you asleep, Gary?”

A word of warning, though, I’d feign a bilious attack if she starts talking about the steak tartar consumed on the fifth night at Paphos in 2005. Without wishing to be disrespectful, the minutiae of detail she possesses about the meal, including the number of grains of salt she used, leaves the realms of gripping very early in the tale.

Going back to the memories we wanted to give my diminutive spouse……. As part of Jonny, Rachel and my attempts to facilitate a suitable experience day for Mrs S, we visited the website of a UK company called Red Letter Days. A firm who pride themselves on granting customer theme day wishes.

To clarify,  its not a company of genies who appear from a lantern and bequeath improbable requests like world peace or the recipe for tuna mambous. Their portfolio of ‘experience days’ includes more realistic dreams, such as of driving performance cars, parachuting, white water rafting and swimming with lobsters.

We broached the subject of an ‘experience day’ with Karen, attempting to glean an activity that she’d wish to partake in. Her initial reaction was one of uncertainty, although she didn’t rule out the lobster swimming.

Eventually, she responded that she’d always wanted to perform an anaesthesia-free vasectomy on me. Thankfully for yours truly, but disappointingly for my offspring, Red Letter Days don’t provide an experience day of that nature.

After further pondering, Karen advised the three of us that she wouldn’t mind flying a plane. We probed further to understand whether she meant via a flight simulator or a small single engine plane. To our surprise she said she’d always wanted to take controls of a passenger laden flight in a Boeing 767!

Jonny, Rachel and I love the wee Geordie lassie. However, that love would be severely tested if we were sat waiting to embark on a flight which commenced with a tannoy announcement in Karen’s distinctive north east tones of:-

“This is your captain speaking. We are currently awaiting clearance from air traffic control to depart from the east runway, to fly south to Palma…… Did anyone see Coronation Street last night? That Phelan deserved his comeuppance, the evil get!”

In candour I think ‘severely tested’ would be an understatement. We’d be off that bird quicker than you could say “Please acquaint yourself with the safety instructions in the seat pocket in front of you.” or “She’s spoilt the flipping Corrie storyline; I’d recorded it to watch when I get back!”

At the races on her birthday we also plan to book a meal prior to the commencement of the horse racing. The culinary reputation of the EBOR restaurant is unsurpassed, particularly by establishments that don’t surpass it.

Sadly, their menu doesn’t extend to tuna mombous…… Oh yeah, I forgot I’d made that up, so it wouldn’t do!

Right, I best get off as in the absence of locating a vasectomy ‘red letter day’ Karen is heading towards me now with two house bricks! ……. I must dash!!! 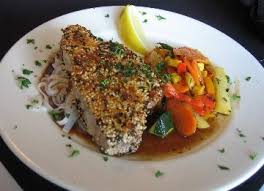