I don’t often write of serendipity. Not because I don’t have pleasant surprises now and again. After all, what could be more serendipitous  than my receipt of Anthony Worrell-Thompson underpants for Christmas………. That’s a brand by the way. They weren’t actually Anthony’s undies! ………….. I bloody hope not anyway! 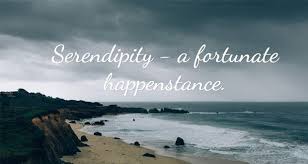 My wee spouse Karen often talks of her bad luck when it comes to winning prizes in competitions. However, she had a serendipitous start to the morning, when she was one of the lucky names pulled out of the hat in a local radio competition.

She wasn’t successful in scooping the £2000 first prize, but she did have the consolation of winning the hat.

We’ve just returned from Karen’s appointment with her consultant oncologist. Thankfully, the results of her recent CT and bone scans showed the numerous tumours were still being controlled by her medication. Best case scenario for the north-east lass to add to her delight at winning a hat.

Prior to this consultation, was an apprehensive time for the family. Recently she has had an increase in the instances of bone pain and the general feeling of being ‘out of sorts’. She has dealt with both impostors with her usual stoicism. However, it has been clear to me she has definitely not been herself recently, which was obviously a worrying development.

I’m not sure if this unexpected good news can be appropriately classed in the context as serendipity. Nevertheless, we were thankful to learn of no further tumour growth.

It has to be said, we wish the consultants could identify the root cause this recent fleeting pain. However, she had some more positive developments on how to deal with her stress and anxietyelements. The consultant wrote her a prescription to ban me from the home…… Well, more of a restraining order than a prescription.

Seriously, though, on the plus side hopefully we can now make a few short term plans for this year, which sees her turn 50. Karen has stated there is little point in buying mementos and would prefer memories instead……….. I understand her logic, but I surely have to buy her more than a Barbra Streisand cd as a 50th birthday present. 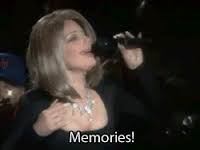 Seriously (again!), I have purchased her some tickets for gigs I’m sure will give her the memories she seeks. Hopefully, seeing Adele, Billy Joel, Mariah Carey and Paul Heaton/Jacquie Abbott will go some way to fulfilling her wishes.

For some reason, today I’ve felt perturbed at the injustice of my wife being stricken in this way. A gentle woman that has never harmed a fly who has had to endure an incredibly challenging five years of treatment, appointments and pain.

Meanwhile, deeply unpleasant, risible individuals without a shred of humanity carry on their poisonous agendas of self-fulfilment and perceived entitlement, regardless of the cost to others.

I realise this attitude is wasted energy that will not yield anything positive from a mental health perspective. However, I get embroiled in these emotions on occasion. I fully understand that cancer doesn’t and never will discriminate “fairly” and to be honest I wouldn’t wish Karen’s last five years on my worst enemy.

Serendipity certainly wasn’t in the vocabulary of a friend I bumped into on the way out of St James’ Hospital this morning. He was on crutches after falling downstairs while undertaking exercise, as part of his new years drive to get fit.

I spoke briefly to him, where I expressed empathy with his plight. I have to say, though, I don’t think falling downstairs can be classed as exercise!

Falling down stairs – It’s not exercise!