Last week I wrote about my daughter Rachel naming a star after her mum as a Christmas gift. It was a loving gesture that touched our hearts, bringing a tear to the green eyes of her courageous, resilient and selfless mother.

Despite a naming error during the administration set up, we were deeply moved by the thoughtfulness of our offspring. Now all Karen has to do is change her name to Arthur Trubshaw and she will have a star named after her for eternity.

Romanticising about Arthur’s Karen’s intergalactic legacy set my mind meandering with abandon. It navigated several neurological avenues as it sought to compose a suitable soliloquy. A literary tribute of my own to my diminutive spouse.

It was a pleasant journey, apart from being slowed down by a contraflow around Droitwich. 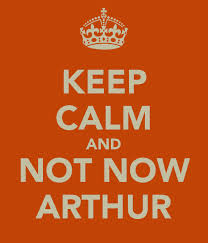 During my neurological sojourn, a monologue by the late comedian Les Dawson sprung to mind. In this articulate narrative he waxed lyrical about the night sky; erudite words he delivered as follows:-

“I was sat at the bottom of the garden a week ago, smoking a reflective cheroot, thinking about this and that – mostly that – and I just happened to glance at the night sky, and I marvelled at the millions of stars glistening like little pieces of quicksilver thrown carelessly onto black velvet. In awe, I watched the waxen moon ride across the zenith of the heavens like an amber chariot towards the void of infinite space wherein the tethered bolts of Jupiter and Mars hang forever festooned in all their orbital majesty, and as I looked at all this, I thought to myself, ‘I must put a roof on this lavatory.’” 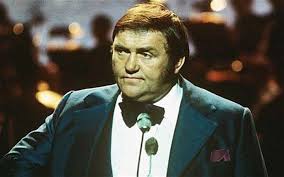 I am a huge admirer of Les Dawson’s long, drawn-out wordy monologues with their comedic twist at the conclusion. His deadpan, cynical delivery added greatly to the narrative, which he bestowed to his audience with tongue very firmly in cheek.

He cleverly crafted these ramblings, utilising his extensive vocabulary to articulate a vivid picture. A scene of pretentious humour which still stands the test of time as funny.

Many years ago, I read one of his books on a summer vacation in Tenerife. I recall spending hours laid around the swimming pool laughing out loud at his fictional ramblings. His acerbic insights about Blackpool Bed & Breakfast establishments truly hilarious observations.

One of the days a guy on the next lounger seemed quite unsettled at my behaviour. I’m not sure if it was because my laughter was spoiling the peace and quiet, or whether he didn’t like me reading the Les Dawson book over his shoulder! 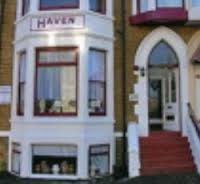 I’ve heard it said by more sensitive souls, that segments of Les Dawson’s humour can be construed as cynical and confrontational. To those people I’d retort that it isn’t, he is only kidding! It’s fictional and he didn’t genuinely dislike the people (generally mother in laws) that he poured ridicule upon.

Not only was Les Dawson a funny writer and skilled at his delivery, he could also raise a laugh with his visual humour. Sometimes vocabulary wasn’t required to achieve a giggle; just one of his trademark gurns.

After breaking a jaw when he was a junior boxer, he had the ability to contort his face to some truly amazing extremes. If he’d have had that ability when his mother gave birth to him, he very probably would have been born inside out!

Right, it’s midday and as I have a few non writing things to do, my soliloquy to Karen will have to wait.

Until next time, as someone once said……….. And if they didn’t, they should have!