Yesterday evening as the last remnants of the solar rays bid a fond farewell to jardin de Strachan, a barbeque feast fit for a king took place.

To be honest, I’m probably going overboard with the ‘feast fit for a king’ description as it was only marinated chicken, salad and potatoes. But hey I’m attempting to add to the poetic substance of the narrative.

That is, unless you were a king who deemed honey/mustard chicken, salad and potatoes as a feast; in which case I clearly wasn’t going overboard with my earlier descriptive prose.

The erratic meteorological conditions in West Yorkshire ensure that, when it comes to culinary cooking methods, barbeques are the exception rather than the rule.

The previous paragraph was more dramatic and elongated than it needed to be. I did so as I’m attempting to broaden the vocabulary I utilise in my work, resulting in wanting to avoid a sentence like “We don’t have many home BBQ’s in Leeds as its always peeing it down!”

You could argue the latter would have been more concise and to the point. Nevertheless, I felt the former descriptive had more validity as raising this as a literary piece.

I personally don’t communicate vocally in the mode of the former weather description. Verbally, I’d definitely be more inclined to use “We don’t have many home BBQ’s in Leeds as its always peeing it down!”

Although I’d probably use a different word to peeing and potentially have an adjective in there that rhymes with trucking!

Anyway, back to yesterday evenings barbeque at chez Strachan.

It was Karen and my intention to dine alfresco last night, however the meteorological gods (John Kettley & Carol Kirkwood) had other ideas. In an act of spite of biblical proportions, they sent a breeze with enough chill to negate sitting outside comfortably….. I know I can’t believe that of Carol and John either! 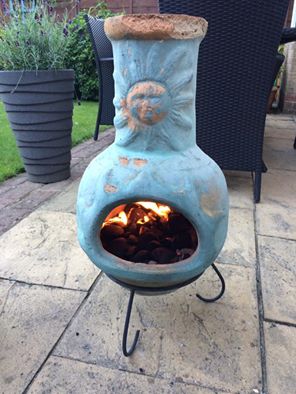 As a result my spouse and I ate indoors, only venturing back out after the troughing of the chicken, salad and potatoes, followed by the packing of the dishwasher. Additionally, we didn’t set foot outside until I lit the chiminea (above).

Actually, that isn’t strictly true as I had to set foot outdoors to light it. There was no way I was going to risk arson by lighting it indoors!

While Karen and I sat out with a glass of wine in the summer chill, I half expected that at any moment the British Antarctica Expedition team would arrive (after taking a wrong turn at Heard Island). 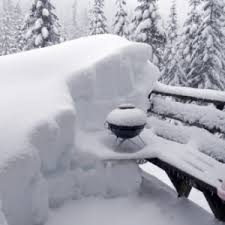 I pictured a scene of the explorers sat in their full Antarctica regalia, as they joined us  to share the comforting warmth of chiminea. Here we’d exchange tales of tenacity, courage, teamwork and desire.

Amongst a full back catalogue of heroic anecdotes, they’d tell of a 50 mile walk at temperatures of -35 C in a horrific snow blizzard. Their remit to find the lost joke book of Sir Lenny Henry.

I could tell of my perilous journey walking to our local McDonald’s through sleet and ungritted underfoot conditions. Exhausted on arrival, my mood darkened further at the news they’d run out of cheese for the cheese burgers, meaning a compromise of 6 chicken nuggets!

As the dying embers of the chiminea petered out and any semblance of warmth diminished, the explorers would venture off through my back garden gate heading back toward Heard Island.

As we tidied up the discarded pistachio nutshells and Babybel wrappers (it’s the staple diet of an explorer apparently), Karen would wax lyric about the bravery of our uninvited visitors.

I, however, would be a great deal less impressed by the group of people who’d drunk all of my beer and wine; not to mention spent two hours bragging of meeting dignitaries and royalty.

I’m not overly sure what the moral of this offbeat predominantly fictional narrative is. …… Although, I have to say one of them has to be ‘never drink that chuffing wine again, Gary!’ 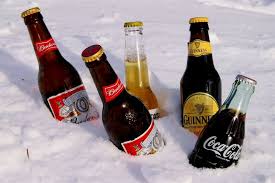