Today marks the penning of the inaugural blog on my new netbook. The ideapad I purchased was an impulse buy after finally losing patience with the ever worsening response times of its trusty old predecessor.

Despite displaying the response speed of a Leeds United central defender, I persevered for months with my old device with its no longer supported operating system (Windows XP) and doddering ways.

However when, due to unacceptable latency, it recently took over 30 minutes to load I’m afraid that loyalty finally ebbed away. Not only was it frustrating to wait so long for the netbook to load, but it was costing me a fortune in swear box fees through impatient cursing while I waited for each screen to render.

Another indication of the need to upgrade devices came when watching a streamed video of Usain Bolt winning the 100 metres gold medal at the Olympics.

This race, which is part of Olympic history, took 30 seconds streamed on my old laptop, instead of the sub-10 second real time run speed. Usain was still smiling as he victoriously crossed the line, nevertheless you can’t tell me he’d be happy with that time!

This misguided loyalty to my old laptop was starting to making writing a chore. Much to my annoyance, poor responses were adding about 30-40 minutes to the whole creative process (research, typing, picture search, editing and publishing).

I’ve got to admit though, apart from it’s unacceptable response times, I will miss my old netbook (who I lovingly called Netty). We have been through a lot together. After all, she’s been my faithful companion during the creation of 100,000’s words over the last few years.

Netty taking an age to render my website admin screen. 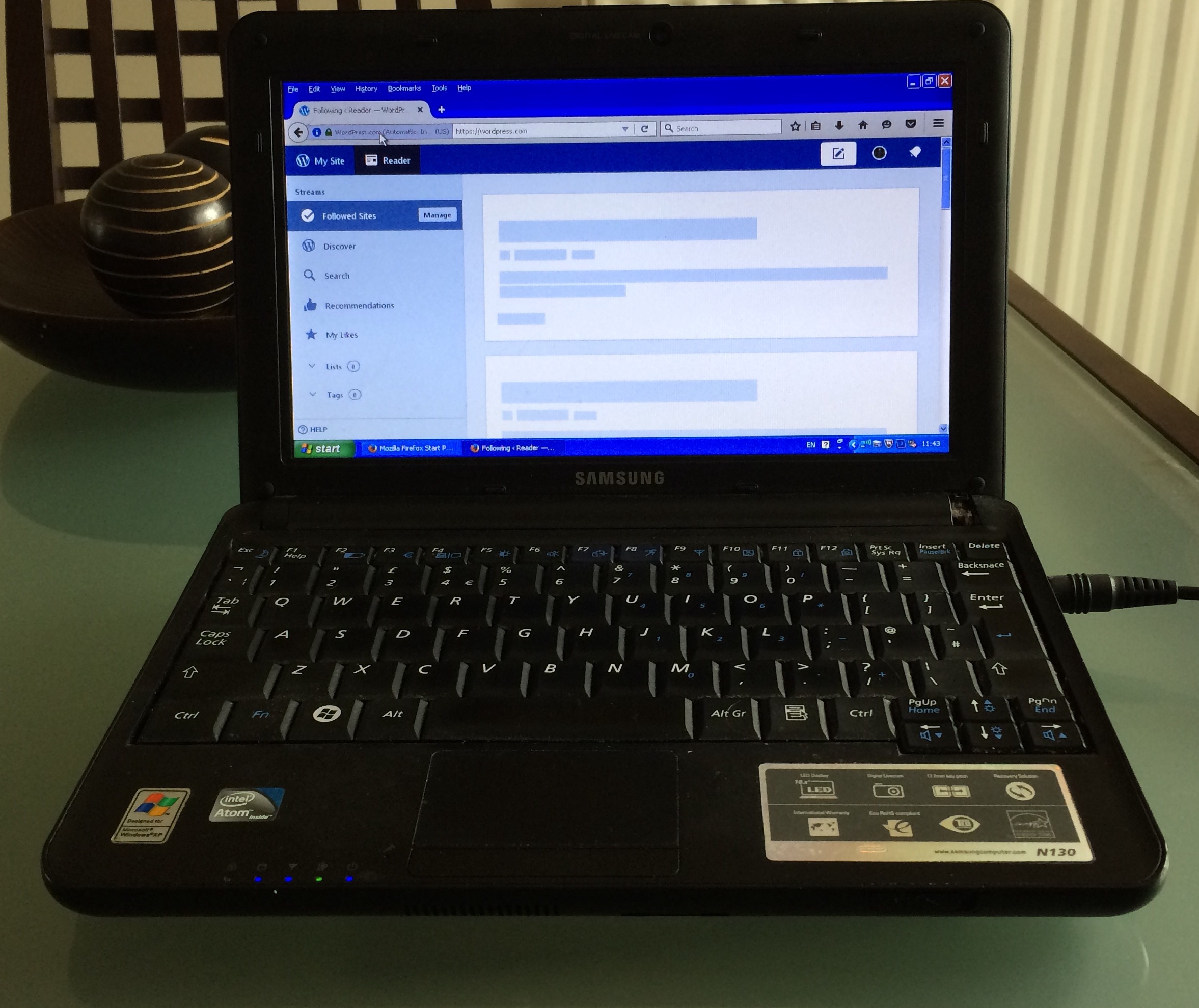 Netty presided over the word processing of my silly thoughts, randomness, anger, bitterness, joy, a virus (Netty not me), the profoundly sad times during Karen’s illness and a multitude of other emotions. We certainly have been through a great deal together.

She was my confidant for over 5 years, who probably saw more of my soul (through controversial non published pieces) than even my wife. I trusted Netty implicitly during our time, with the possible exception when I’m convinced she stole some of my Pontefract Cakes when I took a toilet break..

Netty was my sounding board, the keeper of my prose, the bastion of my enigmatic thoughts. Her sprightliness may have diminished to an unacceptable level of late, but none of us are getting any younger……… Well, apart from Benjamin Button.

Netty has been my cohort during the most creatively productive part of my life, the toughest times emotionally, years of enduring uncertainty, not to mention being there when I utilised the word ‘juxtaposition’ for the first time.

Yesterday, I felt it befitting to mark Netty’s retirement from writesaidfred.org with a few well chosen words to express my gratitude.

As the computer eggtimer indicated more poor response times, slothlike she procrastinated as she saved to disk the completed last ever narrative I’ll write on her.

During this delay I took the opportunity to tell my loyal buddy, who’d done so much for me since I swapped her for some magic beans in 2009, “Hurry up and save that work will you!…. I haven’t got all day you useless piece of crap!”

Some will say my comments were rude, uncalled for and not at all befitting of the praise Netty deserved for her sterling service…….. However, I’ll bloody teach her it’s not acceptable to pilfer my Pontefract Cakes! 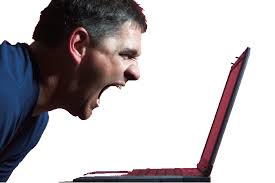