Yesterday I penned a narrative pertaining to a trip I took with friends last weekend to the Lake District. It was a summary of the exploits of nine middle aged men and was predominantly fictional/nonsense/absolute bollocks (delete where applicable).

The trip was meticulously organised by our self appointed leader Darrin. He undertakes his role with a thoroughness and tenacity that even outshines the efforts of the Christmas tombola organiser Old Ted at the Thomas Wilson club on Low Fell.

Incidentally, if you think my praise of him is overly gushing, I have no option to resort to this as he owns the football, so we all have to stay on his good side.

We’d expect nothing less than this from D, after all he comes from a family of good organisers; in fact one of his uncles is a filofax! 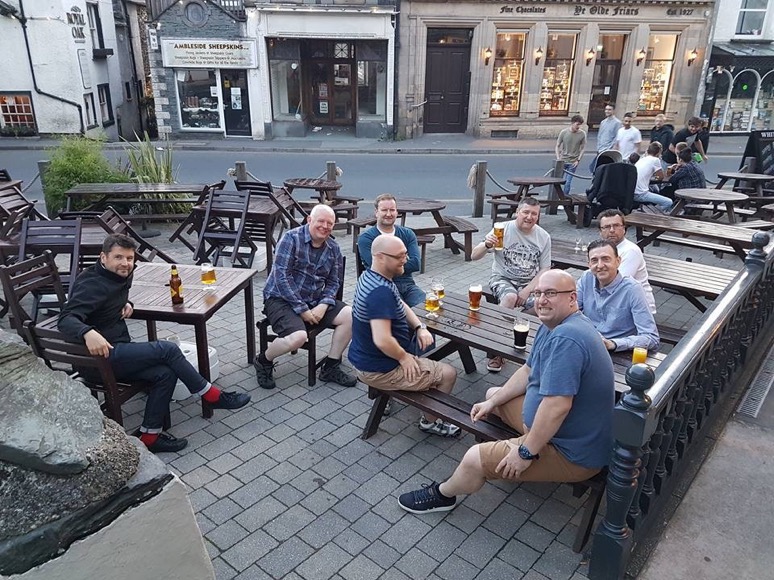 There is an oft used saying about disorganised people that “They couldn’t organise a piss up in a brewery.” Well that is something that certainly doesn’t apply to our leader, who not only would make it run smoothly, he’d probably talk you into buying merchandising when it concluded!

The only fly in the ointment would be if one of his intended goals was keeping our Ian on the straight and narrow inside the brewery. However, he’s got enough management experience to know the folly of including unachievable objectives like that!

Darrin is so thorough in ensuring his life runs like clockwork he doesn’t even have to comb his hair in the morning. He merely instructs it where to go!

Seriously though, we all appreciate the effort he puts in, not just booking gig, but arranging the sporting activities and bringing the associated equipment so his plans can take place.

In fact as a mark of our gratitude, we raised a glass in his honour on Sunday night, after taking our seats at a Thai restaurant. He wasn’t really listening mind you as he was too busy deciding what everyone was going to eat, but we made the gesture regardless.

On Sunday four of us Ian, Tony, Gary H and me) formed a splint group, which had been signed off by Darrin and his filofax uncle, to have lunch in a Bowness pub called ‘Hole in the Wall’.

A filofax – Not Darrin’s uncle though! 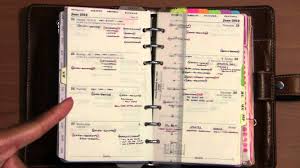 It’s a couple of years since we frequented this establishment located on a lane off the main street in Bowness. During a conversation with the waiter we were sad to hear that Stan, the guy who formerly entertained the Sunday lunchtime punters, had passed away.

I resisted asking the barman if the culprit was the food and we (the lads) reminisced about his unique singing style, which we decided by consensus was best described as pub singer……. Which is what he was!

We remembered him with fondness and agreed we will never be entertained by his like again. I’m still not sure if that was mooted in a spirit of disappointment or relief but we did miss him serenading us over our fodder!

Our Ian was particularly upset………. Apparently, Stan owed him a pint!

Following food and Gary H proving you really can eat the plate if your still hungry after eating the meal, we headed into town for gifts for our loved ones.

Gary H meanwhile bought his wife and son two fish and chip suppers. He said they were delicious!

After we’d concluded our gift buying, the four of us had an ‘interesting’ journey back from Bowness to Ambleside, following a spur of the moment decision to get a taxi back to the cottage.

As we sheltered in the taxi office from the heavy precipitation outside, awaiting our hackney carriage, we were royally ‘entertained’ by the taxi company telephonist. She was a fiery character who berated all the cabbies for not wanting to take a particular fare.

She didn’t sell it well, though, as she told them it was a 40 minute journey and the woman may not be there!! Eventually one of them relented, but only after she threatened to close down all radio communication……. Unprofessional, uncomfortable to witness but very funny! 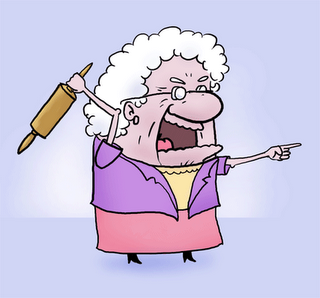 Anyway, from the feedback when we all said goodbye, it appears a good time was had by all.

We’d seen a historic England rugby victory in Australia (arranged by Darrin, apparently), taken in Euro 2016 football games, ‘bonded’ while putting the world to rights in drink fueled political discussions and found out Darrin’s uncle is a filofax! 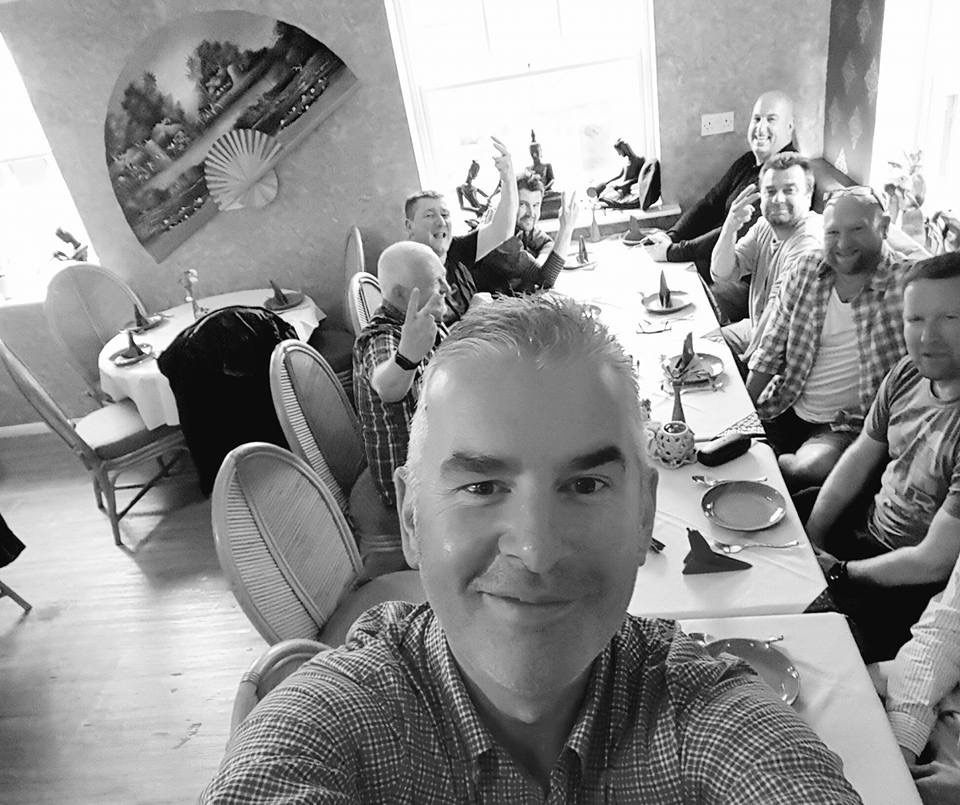