Tomorrow a big decision is required that could have far reaching implications to growth, development and health. It’s a decision that cannot be taken lightly as making the wrong one could have a major impact on all of the above…… When I go to the Garden Centre on Thursday, should I get John Innes No.2 or Miracle Gro compost for my bedding plants?!

Additionally but not as importantly, tomorrow our collective opinions will be sought in a referendum as to whether we (the UK) remain in the European Union (EU), or go it alone in a brave ‘Billy No Mates’ world.

Leave campaigners tell us a vote to leave gives the UK back control of our own destiny. A renewed sceptred isle with legislative freedom, tighter immigration controls and judicial autonomy. 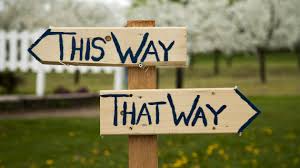 There is talk of a utopian world where the chocolate bar ‘Snickers’ is returned to the name ‘Marathon’, and the boiled sweet Spangles make a re-appearance. A United Kingdom that, once free from the shackles of the EU meddling, are free to sell phallic shaped fruit and veg irrespective of shape.

The same supporters advocate we exit the EU to create this utopia where everyone will live happily ever after. Unless you’re a Leeds United fan for whom the misery will continue unabated.

I have to admit I’m still currently undecided. There are heavyweight arguments that need careful consideration on both the ‘remain’ and ‘leave’ sides.

For example, on the face of it if we leave our ability to purchase duty free booze and cigarettes may be restored, which many would deem as a benefit.

However, do I really want to return to a time when, prior to every holiday abroad, you are confronted by four people asking “You couldn’t bring me back 200 duty free cigs, could you?”

Or alternatively, “Would you bring me back a bottle of Courvoisier, Gary?”……. If you’re not called Gary replace with your name at the end of the last sentence…… If you are called Gary don’t!…… Unless it’s spelt Garry, in which case you’ll have to add another ‘r’.

When we previously had the opportunity to purchase duty free goods within Europe, I had no problem letting people have my duty free cigarette allocation as I don’t smoke.

However, it was a real pain in the ass carrying multiple bags of VAT exempt cigs back to the UK for these people. Of course, I could have refused but I like to help people out if I can, so generally acquiesced to their request. 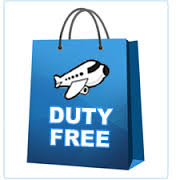 In all seriousness, though, making a decision isn’t easy because it’s not clear (to me anyway) what the impact of leaving the EU is. There is lots of scaremongering from the ‘Remain’ camp, but to me it’s subjective and conjecture, which doesn’t give anything tangible to base my decision on.

Some of the scaremongering does seem to have basis. Such as leaving the European Union must impact the economy in some way; although it’s not clear to me how much badly that would be.

But some of the ‘Remain’ camp claims are clearly ludicrous. For example, the if we leave the EU then Michael Gove (‘Leave’ campaigner) will eat all first born children of anyone called Eric.

That sounds highly improbable to me. I reckon if Gove was going to eat first born children he wouldn’t specify only those with Eric as a father. It seems more probable to me that he’d trough anyone’s offspring!

Incidentally, if you are called Eric, I made that bit up about your first born would be eaten by Michael Gove if we leave the EU. So don’t let that fictional campaign promise influence your decision.

By the way Eric, if we do decide to leave, I’m going abroad shortly so if you want any duty free cigs give me a shout.

I will bring this blog to a close now, as I want to spend some time researching both camps arguments. I feel I need to be more informed before deciding where on the ballot paper I’m going to put my ‘X’.