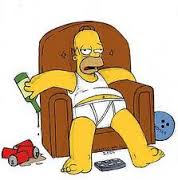 Recent sleep deprivation appears to be starting to take its toll on yours truly. My  energy levels have dwindled to such an extent that I can’t even be bothered to bang on my kitchen window and shout “Stop digging up my borders! Go crap in your own garden!” ….. My neighbour Mike is getting worse than his cats!

This flat mood has also being noticed by family members. My wee Mrs has just commented that I’m displaying unusual lethargy as I slovenly perched on the sofa, while she attempts to carry my anvil back into the garage.

At least, I think that’s what she was communicating when she told me “Get off your arse! You should be moving this anvil not me, you lazy get!”

However, as the Keighley’s respected poet Cranston Pickle advocates in his poem Don’t Shift Your Anvil When Feeling Lethargic, it is unwise to attempt to move your anvil when feeling lethargic! …… Who am I to argue with the bard of Keighley?!

I thought Karen’s attitude was slightly over the top, if truth be told. After all, she wasn’t complaining when I was making horseshoes with the anvil yesterday in the front room!

Actually, that’s not strictly true, she went ballistic when I burnt a hole in the carpet after carelessly spilling molten iron during horseshoe production process.

I’m a currently learning the blacksmiths craft via an online farrier course. We haven’t got a horse, so the finished product is currently sat in my garage.

However, my workmanship has gained kudos from master farrier Bernard Makepiece of the Farriers Union of Central Keighley . He was so overawed by my winter season collection of equine footwear he dubbed it “Not bad!” 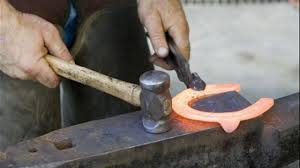 Bernard Makepiece was the first man to manufacture high heeled horseshoes which, despite not being fit for purpose, were given plaudits for their design and overall craftsmanship. He is a highly respected man in the field of horses and also in a horse’s field!

Makepiece attracted further praise from North Yorkshire flat racing trainer Kurt Schnedling, who extolled his craftsmanship was of such quality, style and comfort that he wished he was a horse! ….. Then he could sire his prize mare Eggcup! …… Although there are rumours he hasn’t let the fact he isn’t an equine stop him anyway!!!

A man of many talents, the veteran farrier can include scaling Everest on his resume. It was a feather in Makepiece’s cap, as he’d never undertaken equine dentistry until he cleaned the teeth of show jumper John Whitaker’s horse. 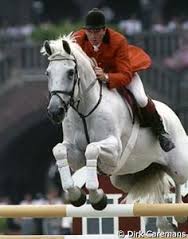 Talking of dentistry, I have a tight fisted friend who last week was complaining about the amount it costs for dental work these days. His rant was the result of being quoted a ridiculous amount of money to have veneers fitted to his front teeth, which he damaged playing sport.

It is so exorbitant that he is looking at alternative options to having veneers. They include dentures or having a set of drapes fitted on his top gums with a pull chord to open them when he eats or talks.

Having drapes fitted instead of veneers – “Would you like tie backs with the curtains sir?!” 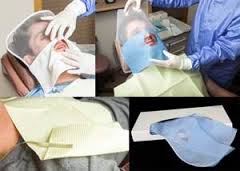 Another way I can tell my energy has dropped is that I can’t be bothered to write this blog today. I’m only cobbling this together to maintain my discipline of writing between 500-1000 words a day.

I need to close this now to steal some of the Cadbury’s mini eggs before my daughter troughs the whole flipping packet!