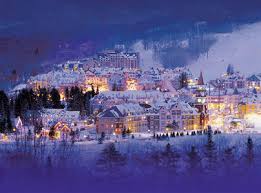 In the Suessdorf/Blackburn song ‘Moonlight in Vermont’, the writers paint a picture of the New England state as a hypnotising, romantic, snow covered location with Alpine forest lined highways and mountainous ski trails.

The song is considered an unofficial state song of Vermont and is frequently played as the first dance song at Vermont wedding receptions. Over the decades, the tender lyric of this ballad has been performed by scores of purveyors of the Great American Songbook, including Frank Sinatra, Billie Holliday, Tony Bennett and Ella Fitzgerald.

Being a huge admirer of Sinatra, I’m biased when I say I find his the most moving version of the song.

He performs the ballad with a voice as smooth as Vermont’s famed maple syrup. Along with the lento tempo of the melody, it offers a brief escape to a place of scenic beauty, fresh air and a ski instructor screaming “Watch that goddam tree!” 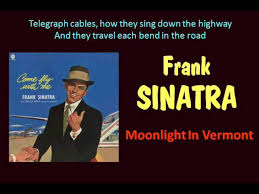 The reason I’m randomly penning a piece on Vermont is because yesterday I stumbled upon a interesting fact about its state capital Montpelier.

Thankfully it wasn’t a bad stumble and I avoided serious injury, apart from a bruised ego and ice burn. However, at least now I’ll be more wary about trip hazard risks surrounding facts about state capitals.

Thinking I’d be unable to wait until today to cascade this exciting snippet, I was nearly moved to write this blog yesterday evening…… However, as I spent most of the evening prising my jaw from the table, I didn’t have the time to rely my find until this morning.

Right here goes…… Hold onto your socks, hose and sit down…… I found out yesterday Vermont’s state capital Montpelier is the only one in the US not to have a McDonalds restaurant within its city borders (at time of writing).

Coming into possession of this information made me feel like I’d acquired the secret of the sauce in Big Mac’s (not that you need it in Montepelier); or that I’ve stumbled upon Colonel Saunders’ secret chicken coating recipe.

I don’t know if Montpelier boasts a Colonel Saunders establishment. However, I do know that Democrat Presidential candidate Bernie Sanders is a senator in the state of Vermont.

I’m not a headline writer or have any real political affiliation, but if Bernie beats fellow Democrat Hillary Clinton in the Kentucky Primaries on May 17th, I’d like to see the headline of ‘Sanders joy as Kentucky Fries Clinton (KFC)’……. The word Fries could be substituted by something that rhymes with ducks, but I avoid the use of profanity if possible.

I don’t really care who wins the Democrat vote, or indeed the Republican vote. As an Englishman it isn’t something I can influence. I know whoever becomes the 45th US President will affect the rest of the world, in particular Europe and the Middle East. However, for the purposes of this monologue, I shall take the 5th amendment on my US political leanings.

I will say, though, that I do have a friend in America with the finger on the pulse politically. He learns a lot while he chauffeurs around big wigs who are key to the presidential race…… It’s one of the few benefits of driving around Donald Trump’s toupe.