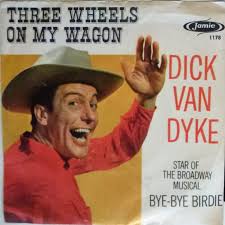 I’m now on the penultimate day of ‘Dry January’. I’ve found the experience of the last few weeks sobering in more ways than just from the abstinence of alcohol. At times I’ve felt an inner calmness that has long been missing in my life, so much so that on 23rd January at 11.43 I nearly smiled!

Seriously though, I’ve found I haven’t missed my occasional beer or glass of wine (cough, cough) at all. To such an extent I plan to attempt to stay ‘on the wagon’ for as long as possible.

I’ve been asked what I used to substitute the relaxing high provided by alcohol, to which I responded “Mind your own f***ing business!” …… Oh ok then, I’ll admit it, I have been tense at times!

I haven’t substituted alcohol with anything other than drinking more water. Last time I imbibed this much H2O was when I learned to swim as a kid. I’m not talking about as a child, I’m referring to when I was a young goat in the surreal school play ‘The Swimming Goats of Burnmoor’.

I’ve found writing gives a lift, although I need to work on my concentration. At last weeks creative writing lesson, the class were set an assignment of writing an erudite monologue.

Due to being distracted at the time, I misheard erudite as araldite so I ended up writing 715 words about quick drying adhesive! Thankfully, I made it quite a cultured piece, so I ended up penning an erudite narrative about araldite. As such, I was hopeful it would still be well received by the lecturer. 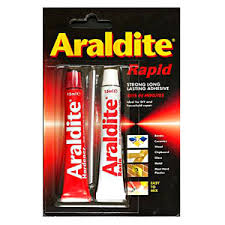 James, the lecturer, appreciates the use of articulate, fluent word structuring in our assignments. With that in mind, in those 715 words I structured the narrative with expressive language of fluency, eloquence, lucidity, coherence and intelligibility.

Unbeknown to me, though, he despises tales of strong, quick drying adhesives so I got a bloody ‘C+’

With finding ‘Dry January’ easier than I thought, I pondered what more stretching challenge I could undertake the next time I raise money for charity. It immediately struck me that one thing I’d really struggle to abstain from is using social media for a month. 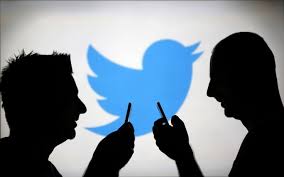 If there was a ‘Facebook Free February’ or a ‘No Tweet November’ I probably wouldn’t enlist on them, in the knowledge I’d be sweating and shaking with withdrawal after about three hours off the addictive applications.

My only chance of completing these challenges would be if I could get patches to ease the craving for ‘Ten Best Facebook Friends Who Wear Hats’, ‘Videos of Cats playing a piano’ and ‘Re-tweeting Leeds Utd facts’! However that’s unlikely so I’m going to give those challenges a wide berth!

I realise the whole point of these charity challenges is to stretch yourself. Otherwise you’re not coming out of your comfort zone to earn your charity money. That is something I appreciate and if someone offered lots of money I would do it.

However, I’m not prepared to forgo social media for a month to raise £7.50, some pocket fluff and a ‘Charles & Diana’ commemorative mug for charity! …… Although, make it £10, a stick of chewing gum and a Margot Robbie mug I might be tempted!

Social media is such an integral part of most people’s lives now, a month without it would be beyond many, apart from the most stoic and determined individual. Even the ‘top of the food chain’ broadcaster Piers Morgan would struggle if he couldn’t convey his daily thoughts to his 4 million Twitter followers.

If truth be told, I can no longer imagine a world without the suspense of what’s behind the red dot above a Facebook notification icon. Not forgetting the narcissistic pleasure felt of someone re-tweeting one of my blogs on Twitter or publishing one of my pieces in an online publication.

The above paragraph, in particular the validation I appear to crave for my posts concerns me! It has struck home to me that I need to focus on why I started my blogging site, which was as a therapy to assist in dealing with the more difficult circumstances ongoing in my life.

It wasn’t born for recognition as such, although I’d be lying if I said that I didn’t get a buzz from positive feedback.

I need to bring this blog to a close now as Karen, Rachel and I are going to my parents for lunch. Don’t forget to re-tweet or like this blog, I’m not writing this for the good of my health you know! ……. Actually I am. Scratch that!