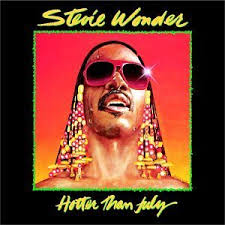 They say that money talks. Well, that may be the case, but I’d wager it wouldn’t get a word in edgewise with my mum.

Someone once said of her that “she could talk until the cows come home!” As she never shuts up and we haven’t got any cows it is an analogy of unerring accuracy!

Joking aside, she is a loving, warm, caring person who possesses many admirable qualities and great humanity, despite challenges that would have broken many others. A word of advice, though, never bet on her completing a sponsored silence, unless the wager has a very early ‘cash out’ option!

My dad Malcolm is the complete opposite in the gabbing stakes. He shares my mum’s qualities but is a man of few words! If truth be told a lot of them aren’t technically words. I’ve not checked, but I’m pretty sure words like “hmmm” and “urrrrr” don’t reside anywhere in the Oxford English Dictionary! ……. Apart from the ‘Utterances of Malcolm Strachan’ section!

As much as I love the guy, I don’t have a great deal in common with my father personality wise, unless you count lying about how many glasses of wine you’ve had to your wife!

That being said, we do share a love of sport, have the ability to grow hair from the most unexpected places and we both use words not in the Oxford English Dictionary. Again, apart from the ‘Utterances of Malcolm Strachan’ section, or in my case, the ‘Made up words’ pages!

He’s a man who has provided well for his family; just as importantly when we were growing up bestowed support, advice, love and (by his very presence) security. All key attributes that hopefully, as a father, I have passed on to my adult children!

When I say we had a love of sport, I’m referring in particular to cricket. He was and still is, a big cricket fan who spent hours with my brother Ian and I encouraging, advising and chauffeuring to and from matches in our teens! Not forgetting watching me as an adult until I hung up my boots around five years ago.

He was chuffed to bits when, in my teens, I spent a few days at the MCC cricket school at the home of cricket (Lords) in 1981. I had been invited down to London by the schools head coach (who was an acquaintance of our cricket club chairman).

I recall very little about my time cricket training. However, I do vividly remember how proud my dad was at the time….. And that was only because I’d finally learned how to fasten my cricket boots! No longer would I have to bowl my left arm wrist spinners wearing my slippers!

The slippers I bowled in! 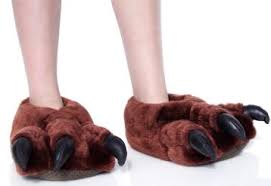 Seriously, though, it was far more of a big deal to him than for his hormonal, moody 17 year old son! They say youth is wasted on the young and in my case it certainly rings true.

Like most things at that age, my immaturity ensured I’d not be overawed or interested by much back then, meaning I made some rubbish decisions. It was no one’s fault other than my own, but as a consequence I lacked direction. This subsequently resulted in me drifted along aimlessly in jobs where I didn’t utilise the skill set I had!

As I said above that is solely my fault and as I don’t want this narrative to be too maudlin I’ll swiftly move on!

On that sunny April morning in 1981, we loaded our cases and my cricket bag in the boot of my dad’s Ford Cortina. Then, in my usual hormonal mood, I climbed into the passenger seat, sighed petulantly for no apparent reason and shoved a tape into the car’s cassette player.

The tape in question was a favourite at the time, the Stevie Wonder album Hotter Than July, 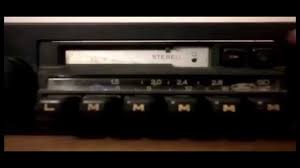 My dad shut the car boot and, with nasal hair blowing in the mid-spring breeze, opened the drivers door before climbing aboard! ……. I’m not sure why I wrote that he opened the door before he climbed in the car. It was pretty chuffing obvious; he wouldn’t have got in otherwise!

“Are we set then?!” my father asked me with a smile on his face as though he was happy, while turning the key to start the car. With the noise of the newly started engine in the background, I offered to drive part of the 250 mile journey if my dad felt like a break anytime.

As I hadn’t passed my test, or even had a driving lesson yet, my dad sensibly declined my offer and we set off down the A1 to begin our journey to where the streets are paved with gold!

Ford Cortina similar to my dads 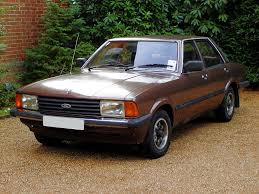 As we drove past Newark, in Nottinghamshire, I was starting to feel that my dad’s patience was being severely tested. I’d stupidly only brought one cassette (the Stevie Wonder album) and so, on the third listen of Hotter Than July, my father was looking ever more tense.

Little things gave this away, such as grinding his teeth, gripping the wheel so tight it left finger nail marks and asking “Is this the only bloody tape you’ve brought, Gary?!” I may have been a tad sensitive, however to me they were all signs that all was not well with my pater!

After I explained it was the only cassette in my possession, I envisioned my dad ejecting it and throwing it out of the window! Thankfully he didn’t he just maintained his vice like grip on the steering wheel and growled like a werewolf intermittently. In particular during the fifth playing of the album!

Anyway, we arrived at our hotel in Victoria, London safely. After I’d crowbarred my dad’s nails from the steering wheel we checked in.

Following a bite to eat and a drink in the hotel bar my dad seemed less tense. I toyed with putting the Stevie Wonder song Master Blaster on the jukebox, but concluded it might send Mally over the edge so I thought better of it!

For the next three days I cricket trained at the MCC school at Lords.

One of the most historic momentos at the home of cricket (Lords) is the Ashes urn that is contested for every few years during international series between England and Australia. 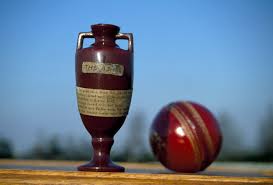 The Ashes Urn is a 11” terracotta vase whose term originated in a satirical obituary published in a British newspaper, The Sporting Times, immediately after Australia’s 1882 victory at The Oval, their first Test win on English soil. The obituary stated that English cricket had died, and “the body will be cremated and the ashes taken to Australia”

The ashes within the urn are said to be the remains of wicket bails that were burnt following the 1882 series.

As I walked out of the MCC cricket school for the last time after my third day training, I headed towards my dad’s car with my cricket bag over my shoulder.

As I got closer to the car there appeared to be a small fire a few yards away. It wasn’t cricket bails though, it appeared to be a tape cassette on fire. As I climbed in my dad’s car for home I couldn’t help think “Which idiot burns cassette tapes?!” 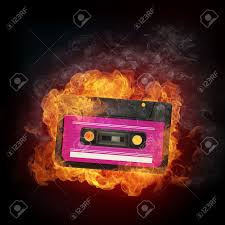 Anyway I thought nothing more of it as we headed off up the A1 towards Low Fell. Driving past Welwyn Garden City, I reached in the glove compartment to find Hotter Than July to break the silence in the car with a few uplifting tunes.

I hunted high and low for my favourite cassette at that time without success! Bizarrely, all I could find in the glove compartment was a bottle of paraffin and a box of matches!

After a lengthy drive we got home safe and sound. We said hello to the other three, before I raced upstairs to make another recording of Hotter Than July to replace the cassette that had mysteriously disappeared when we were oin London.

I never got to play it in Mally’s car though as for an unknown reason he ripped his radio/cassette player out!

Stevie Wonder’s Hotter Than July – Warning do not play this near my dad!