Well we are into Christmas week. Chestnuts are roasting on an open fire, Jack Frost’s nipping at my nose and Yuletide songs are being sung by a choir.

Well that’s not strictly true. They weren’t actually chestnuts roasting, it was a different kind of nuts after I stood too close to the open flames. Additionally, due to the unseasonably mild temperatures, Jack Frost isn’t about either!

Also, there isn’t any choir singing carols outside; unless you count a pair of robin’s stood chirping on the pyracantha outside as a choir. Although, I’m pretty certain what their singing aren’t carols; it sounds more of a mating ritual!

Call me mean, as they are not unmelodic, but there’s no way I’m giving them a £1 for an avian procreation song!

Robins – They can go whistle for their carol singing money! 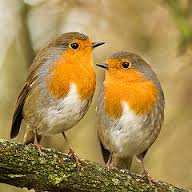 I penned part of today’s narrative in the waiting room of a radiology dept at St James’ Hospital, Leeds.

I was there with Karen who underwent an investigative bone scan. This had been hastily arranged by her oncologist, in order to pinpoint the root cause of a recent increase in bone aches and pains.

As ever, I filled my time people watching and writing. I like to attempt to guess the story of the brave people around me, as they fight cancer, God bless them!

These people sit quietly indulging in reading, sucking boiled sweets and solving suduko quizzes. I can’t help but feel for these resilient people, who’ve obviously had better days! ……. Probably yesterday, when they weren’t sat in the waiting room of a hospital Oncology Wing! 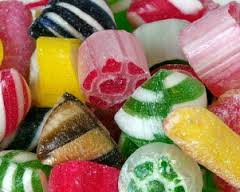 There’s no noticeable complaint from the patients or their companions. There are no overt displays of tutting and sighing, or discernible signs of irritation at their less than festive plight. They simply perch in silence on uncomfortable waiting room chairs, that were probably made by the Hemorrhoid Cream Marketing Board!

The silence is only broken when an elderly guy tells his spouse “Did I tell you I saw two robins shagging this morning?!” She didn’t respond, just gave him a look of disdain! I felt like telling him I’d seen that too, but I wasn’t comfortable discussing the mating habits of avian’s with strangers!

A little later another old guy arrived with his wife. As he was late by 30 minutes, he apologised to the receptionist for his tardiness, which he advised was the result of “…. going to the wrong hospital!!”

As he and his frail wife took a seat, he smiled . I returned the smile and had a strange urge to ask what he was here for. All in the hope he’d respond comedically “A bloody Sat Nav” or “Well it’s not a Big Mac and Fries, you berk!” or even “Getting away from noisy procreating robins!”

Luckily, my wait wasn’t too long, as Karen’s bone scan only took 30 minutes, unlike the 90 minutes last time she had the same procedure! She was doubly pleased as that scan is her last scheduled hospital visit in 2015! She can now put all her attention into celebrating the festive season!

On the way back home we called into a deli in Garforth to get a selection of cheeses for Christmas Day.

Whilst in the store I bumped into a newly married friend who looked very melancholic. I asked him what was troubling him, to which he responded “Married life isn’t what I expected! My wife just doesn’t understand me!”

I wanted to empathise. However, if truth be told, I’ve got absolutely no sympathy for him! After all, when you marry an internet Russian bride who speaks no English (and you speak no Russian) she isn’t going to understand you, is she!!

Anyway, we ventured home with our cheese selection and a sprout tree that is so big that I don’t know whether to eat it, or put lights and baubles on to use it as a Christmas tree!

A cheese selection – I’m going to need incredible self restraint to resist until Christmas Day!! 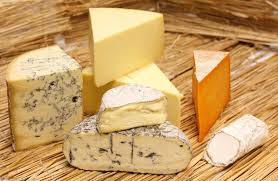