It was less a gig, more like listening to a mate telling funny stories in the pub, interspersed with him playing songs acoustically. To clarify, he isn’t my mate it was just an analogy.

Admittedly, it’s not a great analogy as, like me, you’ve probably never had a mate who pulls out an acoustic guitar in a pub and starts singing! However, I’m hoping you get the picture!……… If you do can you let me in on it, as I’ve not got a chuffing clue what I’m on about!!

I’ll be honest and say, before yesterdays gig, I’d never heard much of Tony Wright’s material. I’ve an eclectic taste in music, however I’ve been suspicious of the Bradford music scene since 1984, after Black Lace released the novelty pop song Agadoo!

I have to say, though, after last nights gig I’m a convert not just to his style of music, but also the overall entertainment provided from his very funny inter-song banter.

In September 2014, Wright released his debut solo album ‘Thoughts ‘N’ All’. The album was met with a positive review on Pureawk.com which called it “Down to Earth, unpretentious and easy to get on with”.

I plagiarised that paragraph above from Tony Wright’s Wikipedia entry. On my website garystrachan63.com , I would review it as “Down to Earth, unpretentious, easy to get on with and chuffing miles better than Agadoo!”

You have to be careful on Wiki mind you. I originally wrote that Wright’s music is the central tradition of Western plainchant, a form of monophonic, unaccompanied sacred song of the western Roman Catholic Church. Then I realised I was on the Gregorian Chant Wiki page and had to delete the flipping thing!

There was quite a spread in the age demographic of the audience. I would say ages ranged from people in their 20’s up to the old guy sat at the back. Apparently, he’d ventured in there accidentally while searching for the bingo!

He was probably the only one of an age who wasn’t in possession of his own teeth. By that I mean wearing dentures, not that his falsies belonged to someone else. I don’t know why, but I’m always more comfortable in an audience of people with their own teeth.

On stage with Tony Wright was his band mate Milly, a talented guitarist who looks like a cross between Paul Lewis, from BBC’s Money Box and a grown up Kevin the teenager!

People might wonder why, if I’d never heard these guys music before, I ventured out on a December evening when the Strictly Come Dancing final was on TV!

I’d be lying if I said it was due to my maverick, live life on the edge personality. Moreover, my mate Mike asked if I wanted to go and I said “Yes!”……. Plus he promised to stop rabbiting about his flaming tiles if I went!

It was his birthday and he was desperately in need of the distraction after a traumatic week or so with bathroom tiling problems! Mike really pushed the boat out and bought us hospitality tickets for the show!

It meant that not only did we receive splendid entertainment on stage, but we got to play bingo with Tony, Milly and the old bloke after the gig! Mike was disappointed hospitality didn’t include Tony Wright finishing his tiling, but didn’t let it spoil his enjoyment of the night!

Oh and Milly wouldn’t give us a can out of his carrier bag full of beer either, the tight get!

This is the first time I’ve written a review of a gig. What do you mean you can chuffing tell?! Anyway, one thing that did strike me was the evenings overall entertainment both musically and comedically, in addition to the joy it seemed to impart on the crowd.

I went to see Paul Weller at the Leeds Arena a few weeks ago. I’m a big fan of the Modfather and musically his performance was excellent, however, the inter song banter wasn’t that good. I have to say I enjoyed last night’s gig more than Weller’s for overall entertainment!

I was that impressed I tweeted the following to Tony Wright after the gig:-

At around 11 pm Tony and Milly finished their last song to a huge ovation.

As they left the stage and the noise within the room started diminishing, the old guy at the back stood up and shouted “House!” 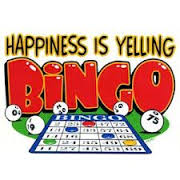