When I wrote my last blog I was on the train from Leeds to Newcastle, last Saturday. There was a lively atmosphere in the carriage as our locomotive powered north.

Our congested coach was rammed with groups of high spirited revelers drinking, singing and arguing over track gauges on the Iberian national railways! …… I can’t tell you how happy I was to be sat next to the Thacklethwaite Train Spotting Club!

If you are interested, the gauge width of the rail tracks on the Iberian peninsula are 1668mm (approximately 5ft 5in)! …….. Oh, you weren’t!

Rail track gauges come in many shapes and sizes! 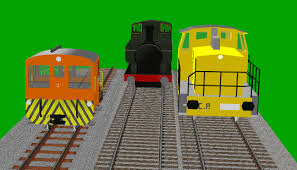 I admittedly wasn’t enamoured with the rail track size conversation, nevertheless it was heartening to see the train spotters in such good spirits. To add further festive ambience to the occasion there was a flurry of snow outside.

The yuletide scene was enhanced as the ‘white stuff’ settled rent free on thousands of acres of arable farmland, as we passed through North Yorkshire and Durham!

From a personal perspective, I was also upbeat about meeting up with my brother and a group of friends for a Christmas get together that evening.

The lads are a knowledgeable bunch, but now that I knew the rail track gauge in Spain and Portugal, I was in possession of info I was pretty certain wouldn’t reside in any of their cranial databases! It couldn’t fail to impress them later that evening, or so I thought!

As a young child. during longer journeys, the family would normally listen to ‘Simon & Garfunkel’s Greatest Hits’ in my dad’s car. The songs resided on an 8 track cartridge, which got played on a loop from Gateshead until we got to our destination.

Despite constantly hearing the same tunes over and over again, I never tired of the wonderfully crafted songs, predominantly penned by Paul Simon.

Simon is a diminutive guy who stands around 5ft 5in, meaning he’s approximately the same height as the gauge of the Iberian rail tracks! ……. Not that the gauge was designed that way, as a tribute to the New Jersey born musician/songwriter!

Some would say that, despite Art Garfunkel’s distinctive folk voice, Paul Simon was the driving force behind the duo.

In Simon & Garfunkel’s 1968 song ‘America’, inspired by a real journey, Paul Simon wrote that he and his then girlfriend Cathy Chitty passed time during a trip around the USA by ‘playing games with the faces’.

It was a time spent people watching, guessing the story or occupation of fellow passengers on a Greyhound bus, or in the waiting rooms visited during their trek.

In the lyric, Cathy, whilst travelling with Simon on their Greyhound bus, is attributed to light heartedly summising a fellow passenger in a gaberdine suit was a spy! Simon responded by telling her to be careful as his bow tie was really a camera!

As we pulled out of Northallerton station, those two lines of the lyric came to mind as I sat people watching myself on the north bound locomotive. Was there per chance anyone involved in espionage among my co-passengers?!

After scrutinising the people in our carriage, I concluded that as no one wore a gaberdine suit we were probably safe. I was relieved, as the last thing I wanted was to be caught in the middle of a scrap between an MI5 agent and the menacing Caucasian bald bloke sat opposite stroking a white cat!

Suspicious bloke sat opposite on my journey north. Tight sod didn’t even have a ticket! 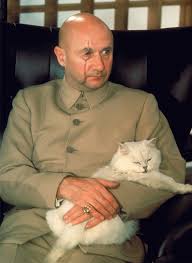 Our coach was filled predominantly with train spotters, who tend to favour anoraks as opposed to gaberdine suits as their standard uniform. Although the bloke watching me through eye holes in his newspaper was a tad unsettling!

I eventually arrived at Newcastle station at around 2.30pm. It was still snowing as I alighted. As my feet hit the platform, the train spotters excitedly rushed from the carriage after one of them spotted a locomotive they hadn’t previously recorded!

I headed towards the Metro station for my onward journey to my brother’s home. There was an uncharacteristic spring in my step, along with the Iberian rail track gauge secure in my brain.

When I got to Ian and Anne’s (his partner) I was very relieved to find out the hooks over all the internal doors were for drying clothes. They were minus a noose, but it did cross my mind that being a Leeds United fan had become all too much for my younger bro!

Ian and I met up with the lads at 7pm in the Forth pub in Newcastle. As we all settled down with our beers, Ian stole my thunder when he piped up “Did you know that the Iberian rail track gauge is 5ft 5in?” ……. How did he know that?! Was he the guy on the train with eye holes cut out of the newspaper?!

Anyway, a good night was had by all with a few beers and a sterling curry at Aktbars!

The next day Ian and I went for a beer before I boarded my return train to Leeds. Below is a picture of us from the weekend, taken just before we went to try burgle Macauley Culkin’s house! 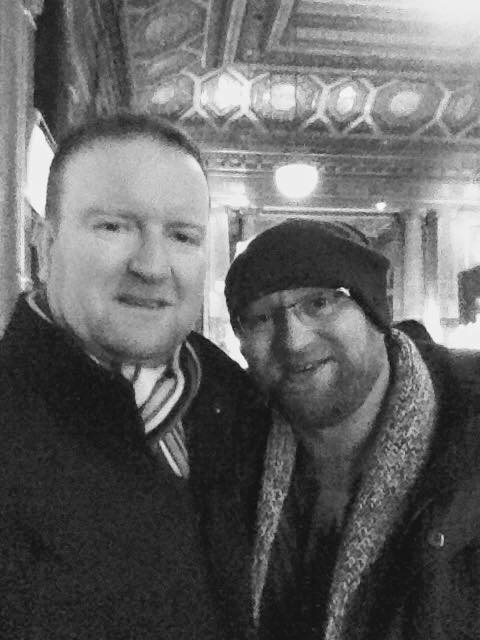