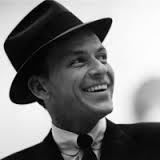 I’m a bit late to the party with this, but I didn’t want to let the 100th anniversary of Frank Sinatra’s birth pass without a tribute to ‘Old Blue Eyes’.

I’ve written in a few of my blogs about my admiration of Sinatra’s voice and his music, particularly the songs he performed during became known as the ‘Capitol Years’; where his musical arrangements were crafted by Nelson Riddle for Capitol Records.

His years with Capitol Records (1952-1961) were deemed a career rebirth for Sinatra, after some time in the wilderness. This coincided with him winning a Best Supporting Actor Academy Award for his performance in the movie ‘From Here to Eternity’.

From my personal perspective the tunes from that era were his greatest work musically. Many will disagree, which they are entitled to do, however I prefer songs such as ‘Young at Heart’, ‘Love Is Here To Stay’ and ‘Where Are You’ to his better known standards like ‘My Way’ and ‘New York, New York’.

Fans may not agree on the particular Sinatra era/songs they prefer, however many do share a common trait of passing on this admiration through the generations. I have many things to thank my dad for, one of which is an appreciation of this man’s voice and his interpretations of jazz/swing songs melodies.

I can’t see into the future, but his influence on 20th century music will surely ensure the appreciation of his art mirrors the longevity of the great European classical composers of the 17th and 18th century.

I often ponder what it is that keeps Sinatra at the top of the tree. After all, hundreds of people have attempted to copy his vocal style, since his arrival on the music scene in 1935. In my opinion no-one gets close to him as a singer, or indeed an entertainer.

For me he remains unmatched not just because his voice was better. It was his phrasing of the lyric, the fact he could act which with the birth of higher TV exposure visually added to the more melancholic laments, as well as a more upbeat melody.

He made vocalising look effortless. Not to mention appearing to have an absolute blast while performing the songs. Great American Songbook classics by the likes of Johnny Mercer, George Gershwin, Cole Porter and Irving Berlin. Works that would ensure his legacy as a major influence to 20th century music.

I wrote above that I can’t see into the future, unlike astrologer Russell Grant and my wife Karen who foresees me being nominated for ‘Pretentious Bollocks Blog of the Year’ award. I can’t go back in time either. However, if I could one of the things on my bucket list would be to see Sinatra live in the 1950’s/60’s.

The nearest I’ve got to seeing Hoboken’s finest was a Sinatra tribute act, in the fictional town of London. The guy had a decent voice, although I’m pretty sure Sinatra didn’t sing ‘Mama Mia’! …… or ‘Fernando’! ……. Or indeed ‘Take A Chance On Me”!

Actually, coming to think of it I was probably at an ABBA tribute act, which would explain the presence on stage of those two attractive girls and the other bloke with a beard.

You can’t do full justice to the influence Frank Sinatra had on his contemporaries, admirers and later generations of musicians and performers in a short blog.

People, who perhaps look for a more balanced approach in their reading material, may think mine is an overly ‘gushing’ tribute to the New Yorker.

I accept the guy had his flaws, but this is not a time to voice them. This is a narrative to pay homage to Francis Albert Sinatra in a week when he would have turned 100 years old. I make no apologies for my, possibly, over the top tribute to a man whose art has enhanced my life over many decades.

To me, there is no finer calming experience than being sat with a nice glass of wine, listening to the velvet voice of ‘Old Blue Eyes’ performing a Nelson Riddle musical arrangement.