I find some practical jokes quite funny, such as the prank an acquaintance plans involving the filling of hollow Easter egg gifts with toothpaste…….. Unless one of them is mine in which case I’ll be bloody furious; consequently leading to me deeming them a buffoon……. With the family Easter eggs not lasting until 1st April, it’s a prank I can’t plagiarise this year.

I’m not much of a fan of the ill thought out and lazy pranks – Words of whimsy which are clearly untrue; jests which have no chance of fooling the attempted victim. For instance, a wag exclaiming “Come here quick, Gary!… An ostrich has just run off with your mobile phone!”…… An incident that obviously won’t happen, and as such in my view lazy and lame.

It’s the practical joke that’s lazy and lame by the way, not the ostrich after injuring itself during the escape with my mobile……. The ostrich didn’t exist remember!

April Fools’ Day (sometimes called All Fools’ Day), supposedly the most light-hearted days of the year, has uncertain origins. The only thing historians can conclude with any certainty is the celebration of mirth didn’t start as the result of an ostrich stealing a mobile, or Lenny Henry’s script writer.

There is a school of thought that the day celebrates the changing from winter to spring and less inclement weather.

It’s said in the early 19th century the 1st April used to be called ‘Thank F*** it’s Not As Parky Outside Day’. However, that was changed after it was deemed too wordy, not to mention the inappropriate use of the ‘f’ word was ruled as needless….. Additionally, it is very probably untrue – Actually, it is as I recently fictionalised that nonsense myself. 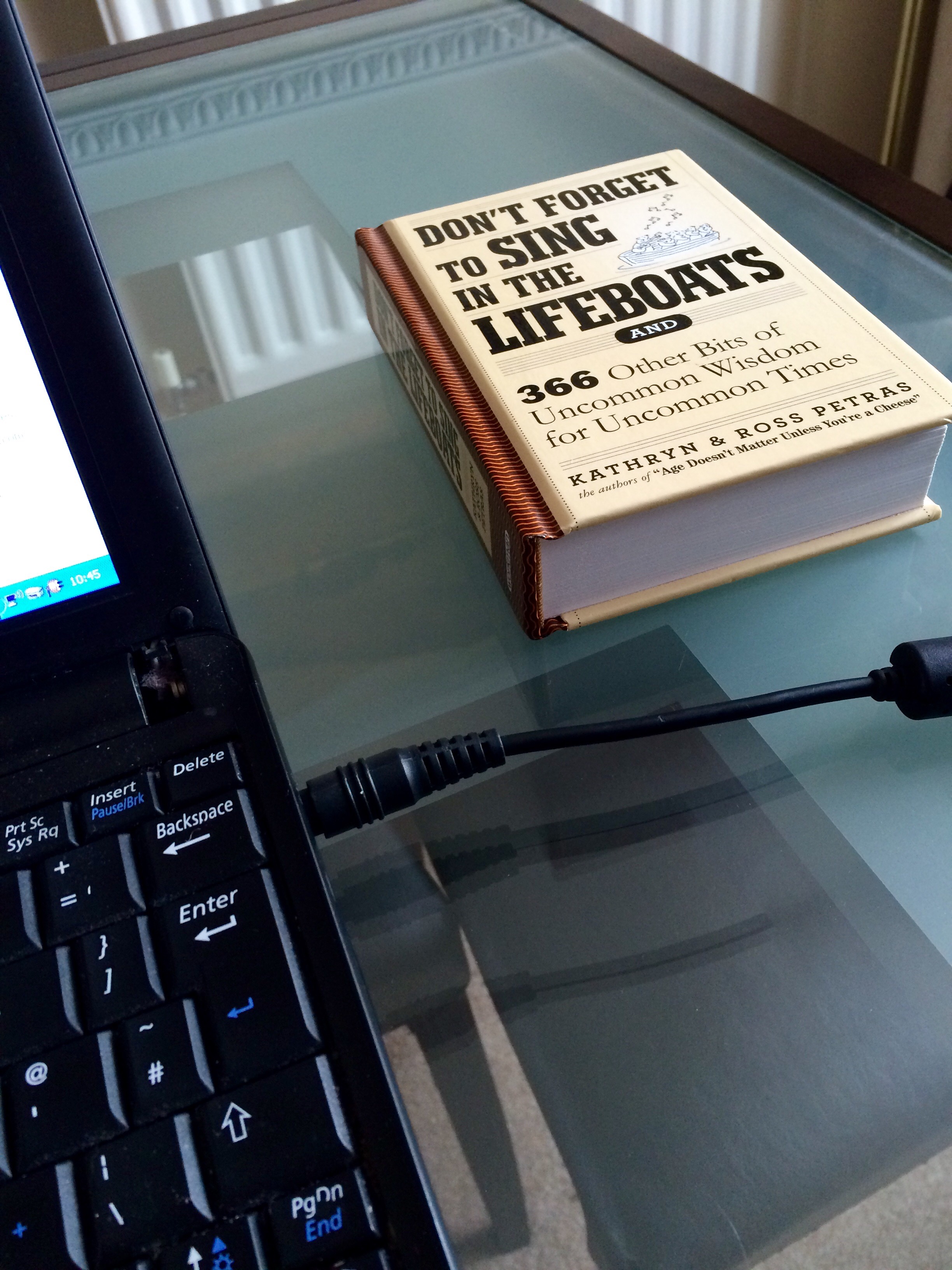 As I pen my whimsical thoughts, joining a laptop as my table top companion is a book titled ‘Don’t Forget to Sing In The Lifeboats’.

A Christmas gift from a few years back, this weighty tome’s pages are an amalgam of hundred’s of philosophical sayings. Containing many pearls of wisdom such as “Don’t leave your mobile phone unattended near ostrich’s.” and “If your going to fill hollow Easter eggs with toothpaste, act sharpish in the Strachan home.”

Seriously, though, it is full of philosophical jewels like “If you want to catch more fish, use more hooks.” – Sage like teachings attributed to an American football coach.

Also incorporated in the adages are “If you want to catch more fish, the number of hooks are irrelevant. Go where the fish are plentiful.” by a Canadian Ice Hockey coach.

Not forgetting “Ignore fishing advice from American and Canadian sports coaches! They talk out if their arses!” by a Croatian basketball coach.

I’m not a fishermen. However, if I’m ever moved to don sowester, wellies and rod I’ll bear the Croatian basketball coaches advice in mind. As for singing in the lifeboats, I think I’d end up overboard if I followed that particular advocacy.

Anyway, I need to dash – An ostrich has just run off with my mobile phone!