Easter Saturday – Plans for a venture into Leeds for lunch are up in the air at the moment. While I scoff on a bacon sandwich, strategically fried to negate the smell of Good Friday’s fried cod, my wife Karen and me are in two minds whether getting wetter than a frogman’s pocket** for the recompense of a Gino D’Campo pizza is an astute idea.

*** – Equally, I’ve no inkling if the word pocketage exists. A red line underneath the WordPress**** spell checker indicates it doesn’t. But as I like the word, it’s staying.

**** – WordPress is the company that host my website. An affable bunch from California who are responsive to any admin queries I have, and are particularly keen I have a nice day. 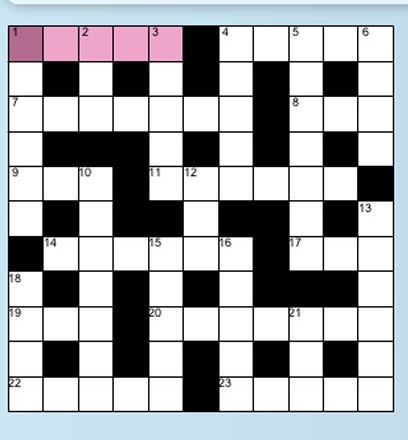 I don’t often recall much, if any, of my dreams, however, I woke this morning with recollections from last night’s visions of slumber. Vivid scenes manifested during the rare event of me sleeping long enough to progress to the REM stage of sleep.

In this fragmented tale, where I was looking for the key to my garden gate padlock, I ended up watching a gig in a plush hotel.

The lower tier of seating were traditional wooden bar tables and chairs, packed with a healthy although boisterous crowd. On a raised tier (accessible by stairs) the décor mirrored the lower level; this though was sparsely filled as hotel security were denying access to it – A consequence of the presence of pop/rock star Phil Collins in that section.

Being sick of being jostled, pushed and impact spilling my pint, I took the decision to sneak past the minders and stood next to Phil on the next tier of tables and chairs. He was sitting attempting to complete the OK magazine crossword, chuntering disconsolately to himself at his surprising inability to solve the clue to ‘8 across’. I say surprisingly as the clue was ‘Ex-Genesis drummer (4,7)’.

“Hiya Phil, do you mind if I join you?” I politely asked one of my musical heroes, in my night vision. Adding “It’s a bit crammed on that lower tier.”

The drummer fleetingly made eye-contact, before returning his gaze to his crossword and that pesky clue to ‘8 across’.

“Yes I do mind!….. I don’t want some middle-aged groupie distracting me with gushing praise when I’m trying to concentrate on this word puzzle.” Phil chuntered at me, without averting his gaze from the puzzle in front of him.

“I’ll be quiet Phil…… I just want to sit and watch this act without constantly being barged by passers-by.” I pleaded.

“No. Sting’s gonna be here with his Connect 4 board game soon. So if you wouldn’t mind can you bugger off back down there (lower tier) and sit with the great unwashed.” the unexpectedly cantankerous singer sneered.

With that toxic send-off, I wandered back, standing adjacent to my brother Ian who was watching the live act performing on stage.

“Hi Gaz. Have you found that padlock key yet?” our kid questioned.

“No, have I balls!” I responded in frustration – It’s disappearance stopping me putting the wheelie bin out.

After a few minutes without speaking, or to be more accurate shouting over the music, I nudged Ian, asking “Did you know Phil Collins was here?…. He’s sat on the tier above.”

“Yes, I sneaked past security earlier to chat to him. He’s a nice bloke, give me a signed beer mat for helping him with the OK Magazine crossword.” my brother enlightened me in my dream.

“So he was polite with you then Cheesey (Ian’s nickname)?” I queried, feeling put out I’d not received an equally cordial reception from the musical icon.

“Yeah…. He was sound….. Asked if I wanted a game of Connect 4 with Sting later, but I told him I’m more a Kerplunk bloke.” our kid responded. Adding “Phil was chuffed I solved all but ‘8 across’ of the crossword clues.

“You’re kidding me aren’t you?….. You can’t tell me you could be sat next to Phil Collins doing a word puzzle and couldn’t solve the clue ‘Ex-Genesis drummer (4,7)’!!!” I spluttered in disbelief.

“Yep. It’s a toughy isn’t it!….. I think OK magazine have mischievously slipped in a cryptic question to fool it’s readers…… They certainly make you to work for that £50 prize!” Ian countered.

“It’s easy as chuff, Cheesey!” I continued to dumbfoundedly splutter in my vision of slumber.

“I thought you’d know it, you clever s***e!…… Go on then, what’s the answer!” our kid disparagingly conceded.

“Phil Collins!….. I can’t believe you and the bloke himself couldn’t get that!” I informed my younger sibling.

“So I was right…… It was cryptic.” Ian unbelievably proffered.

“How the chuff is the clue of ‘Ex-Genesis drummer (4,7)’ cryptic?….. He’s one of the most widely know rock drummers around and Genesis are globally know contemporary rock, and latterly mainstream music giants!” I blustered in the dream scene.

At this point yours truly awoke from my slumber.

Attempted to further rouse to a fully awaken state, my thoughts turned to how inconvenient the timing of my waking had been; after all I’d still not found my gate padlock key and the bin men will be here in an hour.

What lessons did I take from these sleep visions?……. Well for a start I hadn’t realised how s***e Phil Collins was at crosswords!