Good Friday 2018 – The diva daffodils that adorn my garden borders have finally made their fashionably late entrance. At last deciding to ‘go for it’ after losing patience waiting for this capricious weather to warm up long term.

Yesterday, a wag on social media likened the current erratic weather behaviour to that of a volatile teenager storming in and out of the living room – Petulantly slamming doors and sporadically returning to yell “And another thing!!”

A good analogy by the person whose epiphany it was. In fact, with that comparison in mind, I hope the weather gods (John Kettley and Wincey Willis) censure their ‘offspring’ for the moody displays…….. At the very least limiting it’s broadband access and freaking them out by hiding the acne cream.

I’m unaware if this is also a seasonal indicator, but the neighbourhood cats have started defecating on my front lawn once again. I’m unsure where they poo in winter, but in the colder months they give my front lawn respite from being their toilet of choice.

Yours truly has never owned a cat, however I’d venture they don’t lose the requirement to open their bowels when it gets colder. Logic dictates there’s no winter hibernation for the feline waste disposal system, a biological development as they’ve evolved into domestication. Evolution that negates against pooing outside in the cold weather.

I’ve no idea where cats have a ‘number 2’ in the winter. However, the temporary respite from having to rid my property of another person’s pet faeces is more than welcome. If it was horse manure at least it would have some plant nutritional benefit. I suspect, though, the residences in our cul-de-sac lack the spaciousness required to house equines. Consequently, the larger street pets will remain as cats and dogs.

Anyway, enough already about my local cats and their warmer weather penchant of leaving unwanted brown stools on my front lawn.

Although prior to a topic change, I wanted to talk about the difficulty of ridding myself of the cat mess problem. In particular the struggles I have attempting to find a robust long-term solution.

Despite this despair at not resolving the conundrum, I stopped short of adopting the eccentric strategy utilised by refuse collectors friend of mine. During a discussion about my cat conundrum, he informed me he’d had similar issues. Leading to the following verbal interaction:-

Refuse Guy (RG) – “Last managed to get rid of my cat problem by merely putting up a sign stating ‘Go Sh**e on someone else’s grass’!” on my front lawn.

Me – “Cats can’t read. How the hell would have that been the catalyst to the feline stopping answering the call of nature on your lawn?!”

RG – “I’ve not idea why the sign worked, but in the ten months since I put it on the lawn my grass has remained cat s**t free.”

Me – “Well no wonder their cat Arthur hasn’t dumping on your lawn since the sign was erected.”

Me (disparagingly) – “No you idiot, it got run over by your refuse lorry last May…… Arthur’s days of defecating anywhere are long gone!” 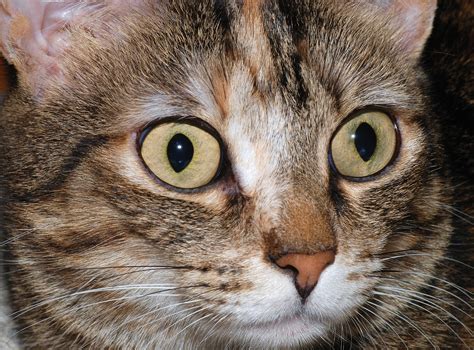 Arthur (above) just before the s**t hit the fan…….. As opposed to hitting my mates lawn.