I see the Aussie cricket team have admitted to ball tampering during the last Test Match against South Africa at the weekend. An incident that led to the Australian Prime Minister appeared in the press condemning team captain Steve Smith and others who sanctioned or carried out the act of cheating.

The Aussies were copped when bowler Cameron Bancroft was caught on TV camera carrying out cricket ball tinkering in his trouser pocket during the game.

During my time playing club cricket I’d not experienced this sporting malpractice – The clandestine tampering with the leather cork ball in an attempt to make it more responsive to swing or seam was overtly frowned upon.

I’m not naïve enough to think club cricketers were/are never guilty of this spherical meddling, Like picking a wrist spinners googly, I didn’t see it during the thirty years I participated in the game.

When I played briefly for Great Missenden CC, in the early 1990’s, one of my colleagues was caught with hand in pocket undertaking an alternative type of ball tampering. Consequently he received a one match ban and was made to wash his hands before approaching the tea-time buffet.

Representing Great Missenden was an eye opening experience for a working class lad from the north of England. The affluent Buckinghamshire village team crammed full of millionaires, along with younger people who were a grouse shooting accident away from being millionaires.

Don’t get me wrong, they were an amiable bunch who, despite me being the only team member who didn’t need a wheelbarrow to transport his wallet, made me very welcome.

I’ve got to say, though, each game felt like I’d gone back a century to an outpost governed by the British Empire. It was particularly unsettling being carried out to bat on the back of an elephant.

I felt further marginalised during post match beers. Not through a malicious act or spite from my team mates, moreover me not being able to contribute to Gstaad skiing anecdotes, tales of first class travel on the Orient Express, or yarns from cruises around Major Crumblestone’s ego.

Luckily, I bonded well with the elephant and we’d spend the evening in the pub exchanged tales of subservience, along with where you could get a cracking curry in Amersham.

As much as I liked these guys, and the fact they tipped me for carrying kit bags to their limos, it was a far cry of playing club cricket at Gateshead Fell CC in the 1970’s/80’s. I can categorically state skiing trips to Gstaad were never broached in the Fell bar post-match. Although a few of the lads had sampled the Orient Express…… It was a Chinese takeaway opposite Low Fell library…….. Apparently the ‘Chicken in OK Sauce’ there was erm….. OK.

One thing I noticed while playing cricket in Buckinghamshire was that I did quite well. In fact I got a 50 most weeks – My team mates were very generous tippers for my bag carrying. 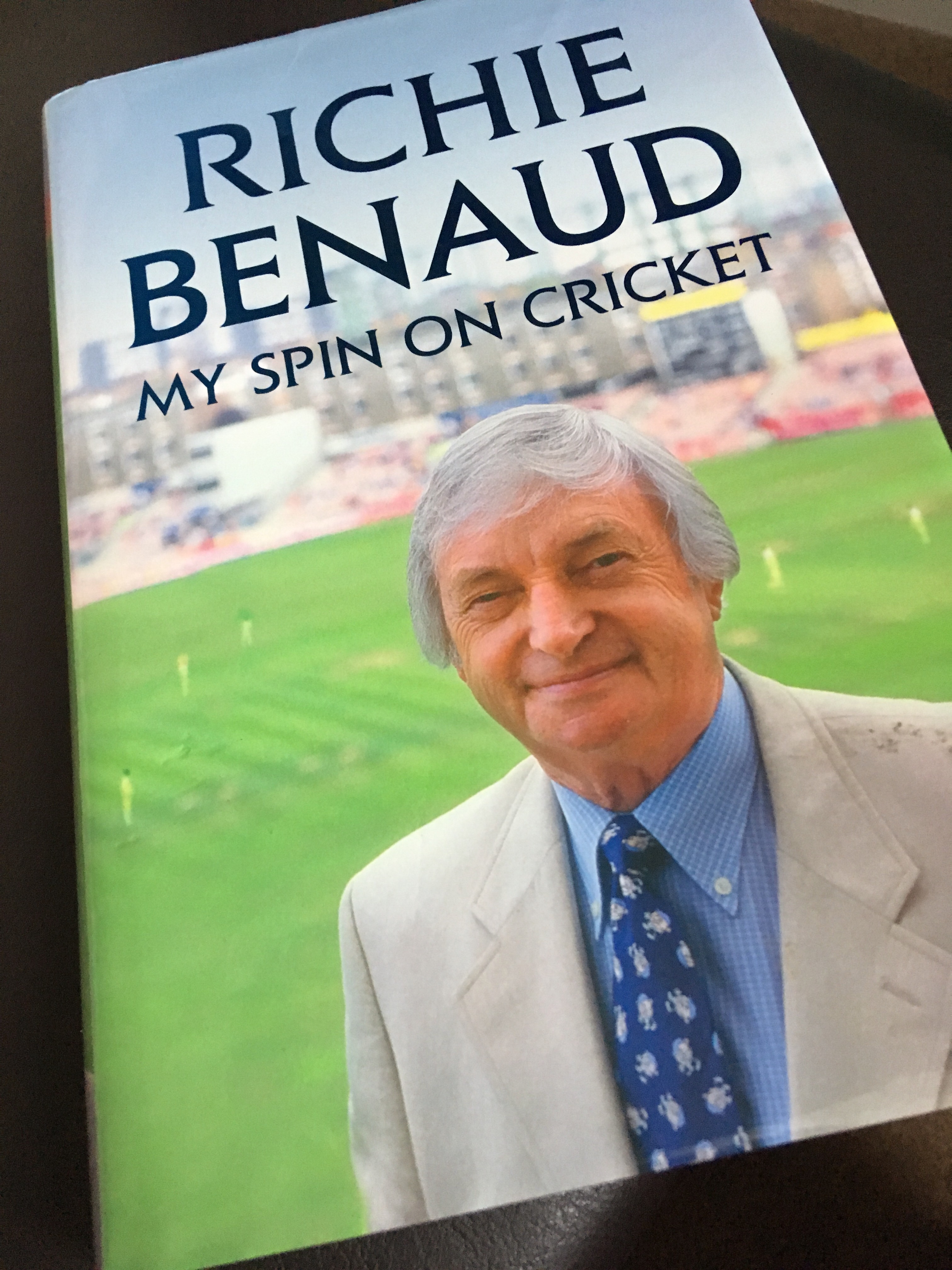 As I write this narrative, my eye is drawn to my book case and late former Australian cricket captain Richie Benaud’s autobiography. He a former cricketing colossus and consummate ambassador for the game. The highly respected New South Wales born player, turned writer and broadcaster, must be spinning (off and leg) in his grave at last weekend’s antics.

There’s not much else to add to the Australian cricketing shame – Other than say I hope Cameron Bancroft washed his hands before approaching the tea-time buffet.