In yesterday’s narrative Neil Fraser’s Cricket Boots I wrote whimsically of northern England summers past. In particular my mother’s futile obsession with her son’s maintaining sartorial elegance on the cricket field.

They were balmy summers in the mid to late 1970’s. Times when the meteorological gods bequeathed us Brits three to four warm months a year. Recompense for the 1974 power cuts and Spangle sweet shortages which dogged the UK public. Events that resulted in so much discontent amongst the proletariat a General Election was called – Leading to a hung parliament.

Despite having the majority vote in the election (buoyed by his more generous Spangle rationing quotas), Ted Heath’s Conservative government failed to secure a coalition – Allowing the minority Labour Party, led by Harold Wilson, a return into power.

These hazy, lazy, crazy days of summers in the second half of the 70’s were a time where if inclined you could comfortably dined alfresco.

Outdoor barbeque grills were a rarity back then, consequently cooking domestically outside was almost unheard of. However, if you so desired, that didn’t negate alfresco consumption of oven baked fish fingers, chicken Kiev or Findus Crispy Pancakes, during the ordinarily accommodating May to September weather.

Anyway I digress….. Back to my mum’s obsession with her offspring and (occasionally) their cricketing peers maintaining sartorial standards.

Her (Maggie) comments about scruffy attire and haircuts were without malice. The tongue-in-cheek jibes of a lady playing the caricature of the miserable Yorkshire housewife. As I wrote yesterday, it was scripted into her role of Les Dawson-esque gossip, airing neighbourhood tittle-tattle while airing laundry across cobbled streets of northern back-to-back terraced houses.

Despite experiencing many dreadful existential intruders, which she’s stoically confronted since her mum’s passing from cancer when Mags was only 20, she bears not one ounce of bitterness. Frowning on negativity as a wasted emotion serving no tangible purpose for the perpetrator.

Our Ian, sister Helen and I were immaculately turned out as kids. Our wardrobes including a multitude of sweaters Maggie had knit. The click of knitting needles a regular sound in the lounge/diner of the Strachan home; along with mum’s sporadic murmuring of “Knit one, purl one.”

Every so often, as I read about my Leeds United heroes in Match magazine, I’d be startled by the sound of mum exclaiming from across the room “Bloody hell, I’ve miscounted the stitches on this line!….. I’ll have to flaming unpick it!”

Ordinarily, this the consequence of a rare error following with the pattern – The result of a seemingly inherent tick which caused her to lose concentration around stitches. A foible that ruled mater out of ever becoming a surgeon……. Well, that and the fact she has no medical training. 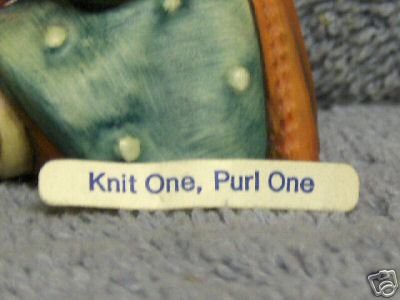 The woollen end product wasn’t always gratefully received by my siblings and me……. Although that’s probably being unfair on our Helen, who I can’t ever recall whingeing about mum’s handiwork with needle and wool.

In truth, Ian and I didn’t wish to be ungrateful about the results of mum’s handiwork. However, the green balaclavas she knit back then weren’t received well by either of us. Not only did they look ridiculous, but they were so tightly fitting that removing them required assistance from the Low Fell tug of war team.

To this day, Maggie still occasionally brings out her trusty knitting needles and wool. She’s been particularly busy recently knitting for my sister’s four month old babe in arms. A maternal undertaking Helen is very grateful for as she has neither the time or inclination to carry this out herself.

As well as her gran’s thoughtful self-made gifts, when baby Alice is old enough to understand, hopefully she’ll appreciate my present of a t-shirt bearing the wording ‘Please don’t knit me a balaclava, Grandma!”