A quarter of a century ago today my second and youngest offspring made her surprise appearance in a Bedfordshire hospital. To clarify, when I say surprise I’m referring to the fact my daughter Rachel was born a week early – Not that my wife Karen hadn’t realised she was pregnant.

I can relay that observation with a degree of certainty as 7-8 months earlier my spouse informed me “Gary, We’ll soon hearing the patter of tiny feet. I’ll be very surprised if it arrives a week early.”

Being a perceptive individual, I guessed at that point my betrothed was pregnant with our second child. Either that or she wanted us to join the crowd watching jockey Frankie Dettori run the London Marathon.

Preparing for our wee new arrival (still Rachel, not Frankie Dettori) were challenging times in the Strachan household. Karen, cruelly blighted by a pregnancy craving of shouting the words “For god’s sake, will you stop arsing around, Gary!” A terrible affliction that still affects my spouse to this day.

Concerned for her welfare, my wife’s GP wrote Karen a prescription in a bid to negate this rare form of Tourettes. To be honest, it wasn’t a medical script, moreover a sheet of A4 paper emblazoned with the words ‘Would you please just leave home, Gary!’

Laughing off the GP’s words as a joke, much to my wife’s’ ‘delight’ I remained chez Strachan in situ. Even when the hate mail from the General Medical Council (GMC) started I refused to yield – This despite a second sheet of A4 paper arriving with similar words to the first only with the word ‘leave’ replaced by the command ‘f*** off’.

Anyway, in early spring in 1993, Rachel arrived at a Bedfordshire hospital, after a mercifully short labour for her mum. Our daughter becoming the first babe in the UK to be born wearing lederhosen; a hitherto unknown phenomenon in the field of obstetrics….. Apart from in Austria.

As her father, I’d like to think my youngest offspring’s first 25 years have been predominantly enjoyable for the Yorkshire lass. A time where incorporating world travel, numerous adrenalin inducing activities and developed a bizarre phobia of potato crisps can be counted amongst her existential landmarks.

The latter an affliction previously unheard of in our family; more or less ruling out a defective snack phobia gene within her clan’s lineage. That being said, though, her great aunt Edna always looked uneasy when in close vicinity to pork scratchings. 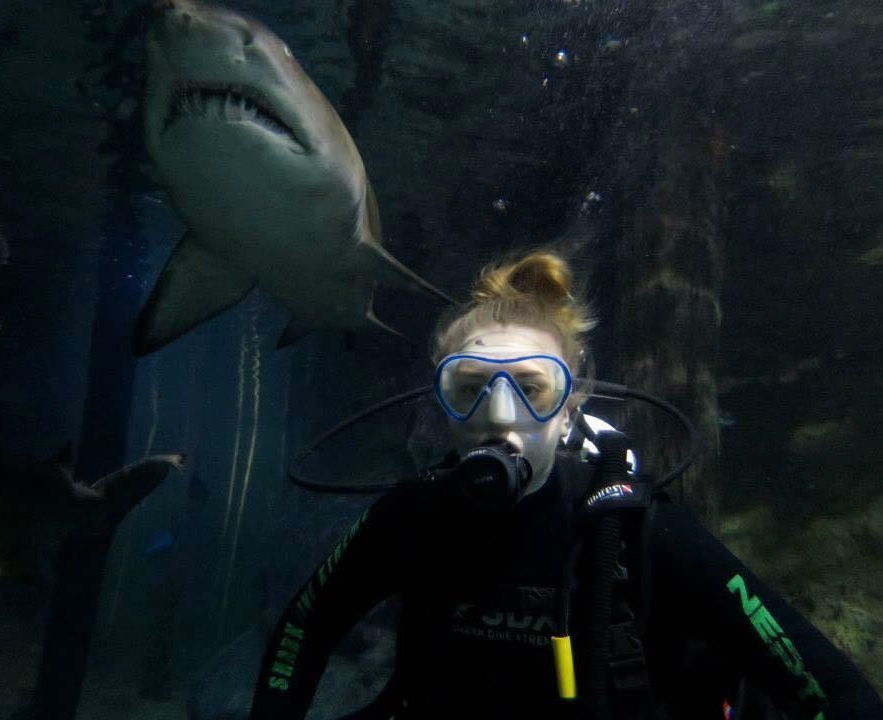 As I pen these unreliable memories celebrating Rach’s quarter of a century on this mortal coil, she is currently residing in Canada. The land of the maple leaf her genial hosts – Bestowing upon her the beauty of the provinces Alberta and British Columbia, along with experiencing what real cold temperatures are like. Coldness significantly harsher than the namby-pamby lows of -2 C that send us Brits into a flap.

I’ve penned the majority of this tribute to my daughter while on a train journey between the metropolis’ of Newcastle and Leeds.

As I write, out of the corner of my eye I catch the middle-aged woman in the adjacent seat surreptitiously stealing occasional glances of the narrative. That may seem a paranoid accusation on my part, however in my defence she’s just tapped me on the shoulder and asked what I’ve bought my daughter for her 25th birthday. Not to mention, informing me there’s only one ‘l’ in Columbia!