In the late 1970’s, a Duncan Fearnley clubman willow had the dubious honour of being the first adult-sized cricket bat to reside in my junior kit bag.

It was a piece of equipment that served me well over the years. The handle regularly used to secure stumps into the ground, a friendly foe during netting sessions, along with it’s part as a weapon in my over the top attempts at eliminating flies.

Unfortunately, though, out in the middle on match day this trusted piece of kit was sparsely utilised. As a bowler who didn’t excel at batting, recollections of that blade don’t evoke memories of glorious innings at the crease. Sadly, yarns of my achievements with a cricket willow over three decades are few and far between.

I could be relied upon to chip in with runs here and there, and on occasion stoically defend my wicket as a late order batsman. However when your best boundary was the consequence of a hook shot played while attempting to kill a fly buzzing around your head, I clearly have never dined out on my heroics with the bat.

Although undertaken inadvertently, the aforementioned hook shot sent the ball hurtling to the fine leg rope for four runs. Appreciative of the stroke, my team mates, a sparse crowd of club members, along with people who’d mistakenly walked into the Eastwood Gardens ground while looking for Tony Tait’s house, clapped heartily in front of the Gateshead Fell pavilion.

I, though, was too distracted to acknowledge this applause; instead scraping the deceased fly from the middle of my bat.

It was rare for anything to hit the middle of my willow. However, on this occasion the sweet spot in the centre of the blade not only hit four runs, but was responsible for terminating the existence of a troublesome diptera.

Who knows, if flies had been my regular companions at the popping crease, I may have accidentally become a highly accomplished batsman. A swashbuckling exponent of the shot to the leg-side, inadvertently accumulating hundreds of runs whilst embarked on a strategy of fly genocide.

You never can tell, I might have even played for England. If not at cricket, at least in the international insect extermination team. 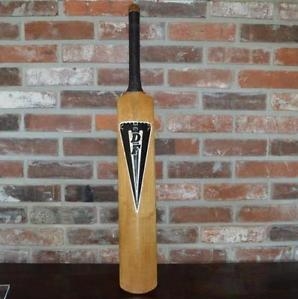 As alluded to above, there were times I could be obdurate when it came to protecting my wicket. In fact, while playing a game for Colton 1st XL at Skipton (around 2006) I was part of an partnership of over a 100 runs. An accolade which I’m told is a club record for a 1st team 8th wicket partnership. I’ve no idea if it’s true or not, but the source of that stat is the reliable sort (the dad of my batting partner).

I’d like to clarify, I didn’t make many runs in that partnership, but I hung around long enough for one of the specialist batsmen to belligerently smash his own personal hundred, in addition to contributing to our ton partnership.

Although not as adept at killing flies when bowling, I was always more comfortable with ball in hand. Be that throwing down medium paced seamers or wrist spin deliveries at the pad-clad opponent at the other end of the wicket.

As written in previous cricketing yarns, I recall very little about the many wickets I’ve taken over the thirty years of participating in club cricket. The exception being trapping ex-Sunderland footballer Ritchie Pitt leg before wicket (LBW) while bowling for Gateshead Fell 2nd XI around 1980. A tale I’m not going to relay again……. If you really want to read it, though, the tale is contained in the following narrative:- GFCC Juniors – Class of ’80

Although not utilised as much as I’d have liked, I remember that Duncan Fearnley bat/fly swatter with great affection. In fact, I think the blade may still be in my possession; clandestinely leaning against a wall inside my garage, behind the BBQ grill and adjacent to the insect graveyard.