Yesterday afternoon I drove a friend (who for the purposes of anonymity I shall call Dr X) to a day care clinic. My chauffeuring services required as my buddy was scheduled to undergo a minor medical procedure rendering him unable to drive back…… And no he wasn’t having his licence removed!

This local clinic is a relatively new building which provides a clean, light, fresh and light environment for it’s patients…….. Incidentally, I know I wrote light twice above; this wasn’t a typo, I’m merely endeavouring to convey the establishment was very light.

Sitting adjacent to me in the waiting room was a vagabond-like character who kept badgering me for £1 for a cup of tea. Only ceasing this begging when I told him “Dr X, it’s probably worth waiting until you’ve had your minor op before drinking tea, mate.”

Shortly afterwards, my friend caused unnecessary confusion by not responding to his name after it was called by the theatre nurse. Despite me nudging him, he sat seemingly oblivious to his name being called out. Eventually I cottoned on why, resulting me in wandering over to the nurse to explain.

As I sat back down in my chair, the nurse loudly called “Dr X! Is there a Dr X please?” My friend immediately responded, standing up and ambling towards the nurse, who led him to the operating chamber.

After the theatre door closed an elderly woman sat nearby raised her eyebrows and rolled her eyes disparagingly at my buddy’s laxness. A seemingly eccentric old lady, she went on to inform me her woollen coat of many colours had been knitted by ex-England rugby captain Martin Johnson. 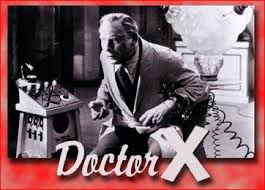 “He’s a scruffy bugger for a doctor isn’t he!” she opined of Dr X……. Going on to add “I just hope he’s not carrying out the procedure to remove my piles!”

Although blind-sided, I refused to be side tracked by that revelation, telling the old woman, “He’s not really a doctor. Dr X is his alias.”

“In that case I definitely hope he isn’t the person removing my Ashley Giles then!” she countered looking a little disturbed.

“No. He isn’t a doctor. My mate doesn’t practise medicine, he is undergoing minor surgery himself.” I endeavoured to clarify. With aspirations of drawing a line under this off the wall conversation with the old woman.

“Well I hope it’s bloody painful for him, that’s all I can say!” she countered firmly. Before adding “After all, pretending to be a doctor is very irresponsible; not to mention illegal.”

The woman, who I’d guess was in her late 70’s, was on a roll now and continued “My grandson pretended to be a doctor and he’s in prison now!”

“Blimey, did he kill a patient through malpractice?!” I inquired, for once showing genuine interest in conversing with this septuagenarian.

“No, my grandson only pretended to be a doctor when he was a toddler, after I bought him a doctor’s outfit…… He’s in prison for refusal to pay his council tax.” the quirky lady in her dotage responded.

Not wishing to continuing to tread this path of surrealism, I hastily changed the subject, asking her to elaborate further about Martin Johnson’s knitted technique.

After finishing the tale, she provided me with Martin Johnson’s phone number in case I ever wanted a coat knitting. I smiled disingenuously, put the slip of paper in my pocket (to bin later) before picking up the leaflet perched in isolation on the coffee table in front of me.

It was a leaflet from a well known financial institution advertising cheap life insurance for the over 50’s . I don’t know about you, but reading a leaflet trying to sell me life insurance immediately prior to a medical procedure would deeply unsettle me.

As I sat waiting for Dr X my mind wandered, imagining a man in his 50’s sat in the waiting area on his phone, hurriedly attempted to secure immediate life insurance prior to him undergoing the removal of a skin tag.

My daydreaming cut short when I noticed Dr X exiting the surgery theatre. To my surprise, he was grinning as he gingerly limped towards me with his rucksack over his shoulders.

Without going into too much detail, he’d undergone a minor procedure for birth control purposes. As he reached me I asked him if his testicles were in the rucksack, to which he laughed.

He countered that he wasn’t sure if his gonads were in the bag, but by the weight of it he wouldn’t be surprised if the surgeon had placed an anvil in there.

I questioned if he was going to put them under his pillow, like kids do with their teeth, and see if the ‘Testicle Fairy’ leaves him some money. Despite my insensitivity, he laughed again and we headed towards the door.

As we passed the old woman in the Martin Johnson coat, she admonished Dr X, telling him he was a charlatan and wantonly reckless.

“What’s she on about?!” Dr X asked me, looking startled.

“Ignore her! …… Whatever you do, though, make sure you get your council tax paid!” I advised.

We then walked through the automatic door and headed towards my car. As I pressed my key fob to centrally unlock the vehicle Dr X stopped me in my tracks, held out his hand and asked. 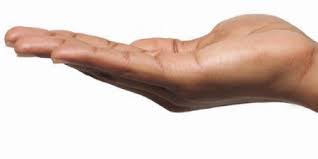