Yesterday, my other half returned to West Yorkshire after a three-night visit to her parents in Birtley, County Durham.

As part of her home town’s legislation, any of the townsfolk that leave the inside of it’s metaphorical walls have to return every three months for stone cladding refresher courses. An edict my missus was about to breach…… Failure to adhere to this dictum results in the guilty party having to return every two months, instead of three.

My spouse’s dad (X) has some executive role in the town’s jurisdictive hierarchy; I’m not sure the exact title, but it’s something like King of Birtley Baths. A voluntary role he undertakes where duties include blessing newly delivered chlorine, in addition to filling the mars bar slots in the swimming baths vending machines…… The twix, snickers and Walkers crisp bag replenishment being tasks undertaken by deputies Jehovah and Dudley.

As well as his current reign as King of Birtley Baths (or whatever his role is), X has several other pastimes, including marking the spot and running weekly misogyny classes at the local bakers shop.

During these Tuesday evening classes, X indoctrinates his male students with kitchen avoidance skills, ‘wor lass oppression techniques’ and the meaning of the word ‘gettenses’.

A knowledgeable lecturer on the subject, he demands hard work, discipline and ignorance of menu planning from his pupils. Failure to adhere to this mantra results in banishment from his class ad infinitum; as was the case last week when a student was expelled for letting slip he knew a choux pastry recipe.

X’s betrothed (who I’ll call Mrs X) is also a pillar of local society. She can often be seen at town social functions clad in ermine and pearls, sharing tips on divinity and spouting other hypocritical advocacies. Bewitching and bejewelled, stone-cladding to Mrs X is the ruby encrusted firearm she brandishes in a hip holster.

As I pen these fictional words of mischief, I do realise I’m painting myself in a undignified light. I’d like to clarify, though, I love Mr & Mrs X dearly (cough, cough).

I’ll be forever in their debt for that one occasion they’ve visited their daughter since her diagnosis of incurable cancer seven years ago…….. Seriously, though, witnessing the type of support they’ve bestowed on their stricken offspring has infuriated me beyond words.

I know airing your dirty washing in public is utterly classless. In my defence, though, my tongue in cheek jibes at Mr & Mrs X’s expense, born from frustration at how ineptly they’ve supported their incurably-ill offspring, is completely justifiable.

No one will ever persuade me that their behaviour toward my spouse hasn’t been utterly deplorable ……….. Although, admittedly, whether this is an appropriate vehicle to vent those opinions is questionable.

Before I close, I’d like to clarify that I’ve nothing against the town of Birtley. The people I’ve met from there are generally amiable, down to earth individuals who I absolutely bear no ill. This County Durham town cannot be made accountable for the toxicity of two of it’s less fragrant townsfolk.

Right, I’m going to bring my words of bitterness to a conclusion now. If anyone is thinking of rendering their home with stone cladding give me a shout; I’ll get the missus to give you a quote.

Phew, I’m glad I got that off my chest!……. Time to wallow in all things festive again, Gary. 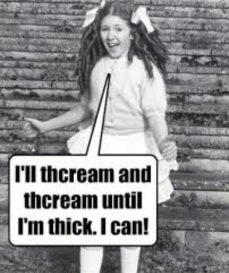