Following her cardiac procedure yesterday, my diminutive spouse is sore and tired but in reasonable spirits. As I sit listening to her on the phone updating her parents, who lovingly didn’t bother contacting her yesterday, it is clear that the insertion of a stent hasn’t affected her ability to natter………Or indeed made her mater and pater more caring or family orientated.

A woman, whose dog was found and returned by Karen on Tuesday, sent her a beautiful bouquet of roses yesterday as a thank you. By doing so, a complete stranger gained the accolade of sending more bunches of flowers to Mrs S than her less than fragrant mother has in half a century!……. Make of that what you will!

Some say I’m unkind in my assessment of the appalling support my in-laws have provided to their daughter since Karen’s diagnosis. People are entitled to their opinion, but if truth be told I haven’t been unkind enough about these odious half-witted bog wappits.

There is so much of their appalling behaviour over a 30 year period I could add to my narratives, however I’ve decided to keep those tales of the mire under wraps……. For now anyway!

My proper family members tell me to let it go. My bitterness is negative and is eating away at me I’m told by my erudite siblings. Their assessment, of course, is 100% correct. However, I refuse to forgive people whose humanity and care is so lacking they can’t even support their incurably ill daughter through cancer or angina.

Everyone else gives them a free pass, I won’t be!!! On the subject of behaviour, yesterday I read about a behavioural therapy strategy called Aversion therapy. As a result of this research, I learned of a patient treatment strategy to try counter unwanted behaviour by associating its stimulus with discomfort.

An example of this is for an individual to wear an elastic band on their wrist to repeatedly snap, causing them pain, if they encounter a stimulus they are trying to suppress; such as craving a cigarette when attempting to stop smoking.

The goal of the conditioning process is to make the individual associate the stimulus with unpleasant or uncomfortable sensations.

Maybe I need one for when thoughts of my in-laws inadvertently slip into my mind! Although I’d proffer that firing an elastic band armed with a paper clip at them would be better therapy for yours truly.

It’s not always a successful strategy as one exponent of the elastic band therapy managed to quit smoking, However, he became addicted to snapping elastic bands on their wrist causing carpal tunnel.

As I perused the data advocating that pain can be an effective way to counter unwanted behaviour, I couldn’t help but think is that not what the much maligned (and widespreadly banned) act of corporal punishment attempted to achieve.

Of course there are differences. Aversion therapy is predominantly self inflicted pain at the control of the receiver. Corporal punishment can be very easily abused when carried out for the wrong reason by the wrong person, making the acceptably of its use far from black and white.

To clarify, I’m neither advocating the use of or support of a corporal punishment ban. I raised this as I found it thought provoking that a section of psychologists appear to agree that, at some level, pain can be used effectively as a deterrent to unwanted habits.

Of course, pain has been used as a deterrent since time immemorial as born out by its use by associates in organised crime, governments and school dinner ladies.

What is the moral incorporated in this tale of bitterness, loathing and pain inflicting school dinner ladies? I’m not sure if truth be told!

I suppose one point is that pain endured during Aversion therapy can, in some cases, be a good diversion for undertaking stimulus suppression.

Additionally, that I must have been angry when I wrote this as I used the term bog wappits to describe Karen’s parents……. Oh and I seem to have an inexplicable grudge against dinner ladies! 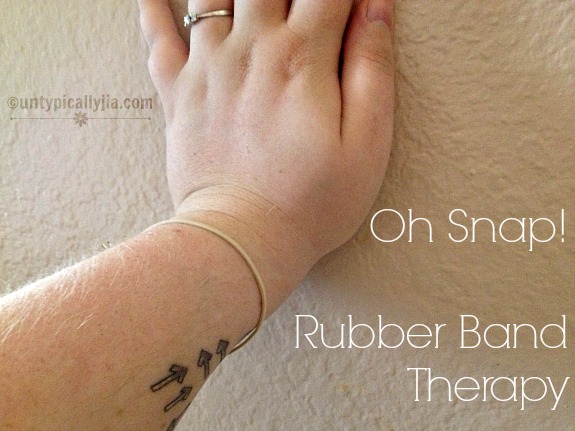 Disclaimer – This blog is protected under the copyright laws of Ainsley Scragg and other fictional towns throughout West Yorkshire. Any unauthorized exhibition, distribution, or laughing at this narrative would be surprising and may result in a swollen clack and sectioning.

The story, all names, characters, and incidents portrayed in this creation are fictitious. No identification with actual persons, places, buildings, and products is intended or should be inferred. In particular Karen’s parents who are the salt of the earth.

Additionally, there is no such person as Tracy Shoehorns!

No person or entity associated with this blog received payment or anything of value, or entered into any agreement, in connection to this inappropriate rant…… The brown envelope full of £50 notes on my sideboard appeared as if  by magic.

No dinner ladies were harmed in the making of narrative…… Individuals who crossed them were.