Amongst my regular life duties, I’m accustomed to portraying the role of taxi driver, occasional cook, gardener, home and car administrator, cleaner, author of the inane,  carer, food shopper and internet navigator for my dad.

Yesterday, at the request of a neighbour, I temporarily became a bird handler after she asked if I could remove a young magpie that had entered her home. The uninvited guest who’d flown in through an open window, had apparently taken up residence in her bathroom and, much to her chagrin, was not using the lavatory to poop!

It was the second time I’d been asked by neighbours to utilise my avian influencing skills, after successful “persuading” a baby chaffinch from a different neighbourhood home last year.

When I say utilising my avian influencing skills, I obviously don’t engage the bird in conversation with the goal of talking them out of the abode. I didn”t utilise hostage negotiating skills to get Charlie chaffinch or Mally magpie back outside…… I’m no Dr Doolittle!

I should know as I tried that approach without with Charlie chaffinch in 2015. The wee avian was unresponsive when I told it through a megaphone “Drop your weapon and come outside with your wings up!” It flapped it’s wings a bit in acknowledgement but it didn’t acquiesce to my request, instead staying hidden behind the toilet.

I had to take the more forceful action of chasing it out of the bathroom and through the open front door. It was a clumsy and haphazard strategy that wouldn’t have impressed real bird handlers, however it achieved my goal of making the neighbours house chaffinch free.

Due to its size and the fact they can kill you, I had to utilise an alternative strategy yesterday for the magpie . Ok, they can’t kill you (unless perhaps you try and catch them on the motorway) but they are far more aggressive than chaffinches so I took a different approach.

As I stood in my neighbours stair landing, looking at my foe nervously bobbing around the bathroom looking for Harmony hairspray to rectify its split feather plumage, I formulated a plan that would get rid of the magpie in a timely fashion.

Unfortunately, my neighbour didn’t have a howitzer, or easy access to one, so I had to re-plan my next move. It was at this point that I recalled seeing a movie in which a large avian was pacified by having a towel placed over its head.

The movie ‘Pacifying Magpie’s 2 – The Sequel’, with its punchy strapline of “Just as you thought it was safe to go back into the bathroom!”, wasn’t the best I’d ever seen, but the towel calming strategy stayed with me for some reason.

I told myself this should be a simple task, after all its one bird I was having to deal with. It wasn’t the aggressive mass avian attack Tippi Hedren endured in Alfred Hitchcock’s ‘The Birds’. If that had been the case I’d need bloody scores of towels! After the provision of the towel by my neighbour, I slowly approached the young magpie, monochrome of plumage and nervous of disposition……. That’s the bird not me!

With dishevelled feathers, it looked as though it had been dragged through a hedge backwards (as my mum would say)……. Again, the bird not me!……. I don’t have feathers, its more like a pelt!

I placed the towel over the head of the young avian who immediately calmed. The towel trick had worked successfully!…….. Who says crap movies have no positive aspects!

In all reality the magpie was probably just thinking “I know my feathers are in disarray but no need to cover me up like that, Gary!…….. After all, have you seen the state of your hair?!”

I now had to think on my feet, plotting my next move in removing the towel covered bird in its new tranquil state of serenity.

I pondered lifting the towel back up to check the magpie hadn’t disappeared into thin air like in a lame magic trick. However, I decided I wasn’t going to risk it flying off into another room so quickly scrapped that thought, especially as not I’m not an illusionist and it would be unlikely.

I decided to open the window of the upstairs room my new feathered chum and me were in, after which I slowly clasped the towel clad avian, releasing it from its absorbent cover through the window.

The newly liberated bird flew hastily away from the window and my grateful neighbour, who still appeared shaken by the presence of this bird in her house, said “Thanks!” patted me on the head like a Dickensian urchin and gave me a farthing.

I decided it prudent to leave through the front door, not an upstairs window like the magpie; I’ve got a pelt remember not feathers and headed home. 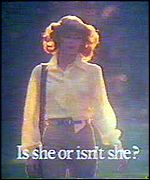