“Like pebbles on a beach. Kicked around, displaced by feet….” 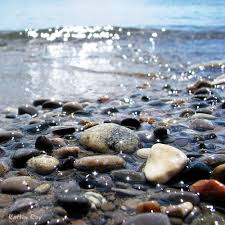 I heard the song yesterday for the first time in ages, which for some reason set me pondering about what message the Modfather was trying to impart within the song lyric.

I’m uncertain why my erratic mind took this avenue as I don’t normally attempt to analyse song lyrics. I did when I was younger, however I ceased this practise after a bad experience when, in the early 1980s, I attempted to interpret the words of The Police song Da Do Do Do. De Da Da Da.

What I took Weller’s lyrics to signify was that the pebbles on the beach were a metaphor for the struggles of our existential being. The songwriter proffering the fact that, even despite our best intentions, everything is influenced by outside forces on some level (represented by the feet).

I took the words to signify that we can never have full control of how our existence pans out. We are at the mercy of other individual’s actions, genetics, acts of God, acts of Government, disease, our masters and Rupert Murdoch (although he might say his inclusion is already covered by acts of God and our masters!).

As I like to keep an open mind about subjects where I’m not in possession of the full facts, I pondered alternative explanations into the possible meaning of this song.

After all, I could be barking up the wrong tree with my initial interpretation. The ex-Style Council singer could have penned lyrics that aren’t metaphorical at all and are in fact referring to pebbles, beaches and stones.

He may have been rueing the loss of the once loved pastime of stone skimming into the sea; a demise that has seen throwing superceded by the cruder act of pebble kicking……. Although, I’d proffer that explanation is highly unlikely!

I’ll admit, though, that my interpretation of the prose in Broken Stones maybe a universe away from what Paul Weller was attempting to convey when he sat down in the early 1990s, with his packet of Opal Fruits and a drink of Ribena, to write the classic.

Perhaps, I’ve got the wrong end of the stick altogether! Another possible explanation could be that the Woking born singer/songwriter may have been telling of a fractious beach vacation for Fred Flintstone’s daughter Pebbles and her beau Bam Bam…….. Again unlikely, but hey you never know!

Pebbles on the beach 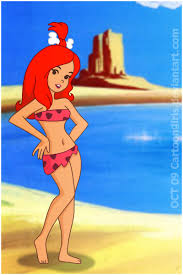 For all I know, my understanding of the song meaning maybe closer to explaining the denotation of Sting’s lyrics in Da Do Do Do. De Da Da Da than Broken Stones…… I don’t know definitively; it is merely how I interpret the poetic output of that Weller anthem.

Right, I have enough of this silliness. The feet have displaced my metaphorical stone, setting me off into a upcoming journey to pick my wee spouse up from Leeds train station.