Currently bereft of a topic for today’s narrative my eye (well both eyes really) is drawn to the behaviour of two of the neighbourhood cats. One of which is sat on my front lawn, while the other cavorts with abandon in my back garden.

While Marmalade gorges on the spoils of a recent hunting expedition on my front grass, another cat is playfully chasing a leaf being blown in the late summer breeze dans le jardin a l’arriere.

I recognise the feline on my back grass, monochrome of markings and boisterous of nature, as the pet of another neighbour. However, as I don’t know its name I shall refer to it as Transportation Invoice.

I can’t help but wonder what makes it preferable for Transportation Invoice (or TI) to pounce on a leaf as opposed to following Marmalade’s want of hunting the traditional cat prey of a bird. This organically evolves into a series of questions entering my conscious mind concerning TI’s behaviour.

Has he/she already eaten and is merely playing with the detached tree foliage?

Could it be that TI is a vegetarian who finds the eating of birds, mice and beef Pot Noodles abhorrent?

Alternatively, is TI a pescatarian who, in the absence of a leaping salmon in my back yard, has no choice but to go with the vegetarian option? 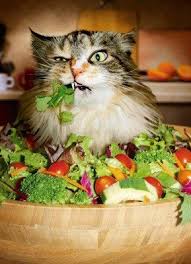 If Transportation Invoice is a vegetarian I suspect the leaf from a euphorbia isn’t amongst its favourite culinary choices. After all, there doesn’t seem to be much eating of the leaf when he/she catches it. They merely release it awaiting the next erratic gust of wind to send the leaf airborne so the chase can start again.

Taking the above into account I conclude that TI is neither vegetarian or pescaterian. He/she is merely amusing itself with a game of ‘Snare the Leaf’.

‘Snare the Leaf’ has been a feline game of choice for generations. It was adapted from ‘Snare the Turnip’ after cats deemed the game not challenging enough as turnips need a hurricane to make them airborne. Transportation Invoice’s great grandad Rocket Docket was the East Leeds Leaf Snaring Champion in the late 1980’s.

There is something altogether poetic about the sight of a leaf being gently blown around by the wind. It brings metaphoric thoughts of freedom and the shedding of inhibitions.

Shackle free at last, the detached foliage indulges in a choreography of calm; enjoying the ride before the breeze gets bored and migrates to pastures new, or until pounced upon by the predatory Transportation Invoice.

I’ve recently looked out of my front window and Marmalade had disappeared leaving a half eaten bird on my front lawn. Thankfully, his owner (my good friend and neighbour Mike) removed the deceased avian via an empty cereal box.

I’m to join Mike and his family for a private burial of the bird in question this afternoon. We were going to commence the service with a minutes silence, however, Mike has scrapped the idea because he reckons his missus can’t stay quiet that long!…… Only kidding Claire!

I’ve just looked into my back garden to see a crest fallen TI sitting motionlessly on the lawn. His melancholy the result of a strong gust of wind ruining his/her game of ‘Snare the Leaf’ by lifting the aforementioned leaf over the fence into my neighbour’s garden.

Never mind TI, you can console yourself with the fact you have the best feline name in the street…….. Although, Geraldine Cheesecloth might have something to say about that!

Right then, what the heck am I going to write about?! 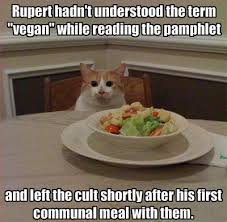